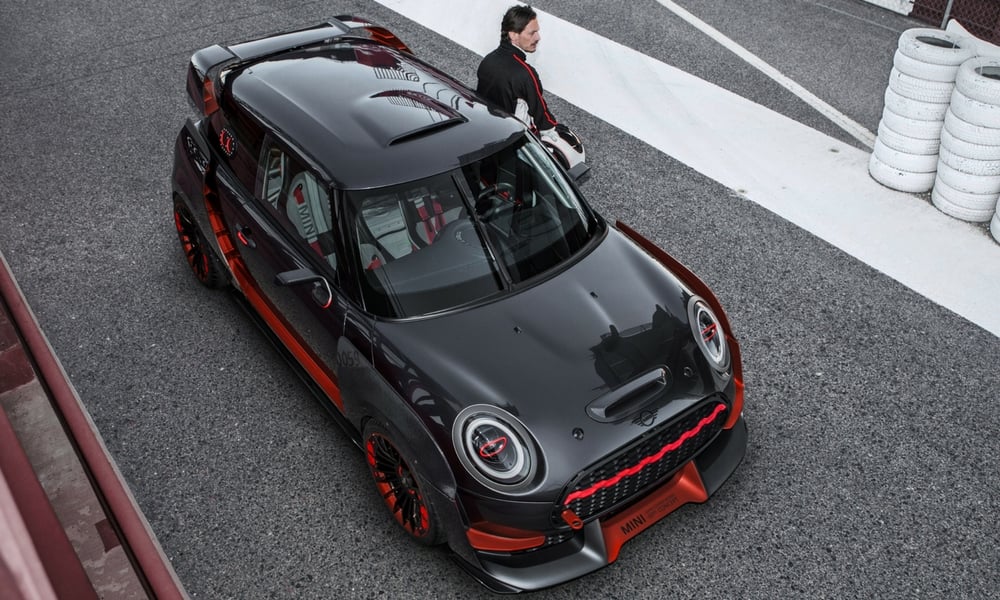 Mini showed a crazy side we usually don’t see with the John Cooper Works GP Concept. Don’t get me wrong, JCW Minis are a blast to drive, even the Countryman (believe it or not). But this latest concept from the Brits takes things to a whole new level.

Of course, this concept will never become a production model. It was built as a tribute to Mini’s participation in the legendary Monte Carlo Rally 50 years in the past. That explains some of the flair you see, namely the huge rear spoiler and front diffuser. On top of that, Mini made this car wider, plus much of the body panels are carbon fiber, because BMW is pushing the stuff like crazy.

Shedding even more weight are the black 19-inch Racetrack lightweight wheels. They have a multi-spoke layout, with Curbside Red metallic accents and Highspeed Orange highlighting the interior of the rims.

If you had any doubts about this concept being built for track duty, the interior will dispel them immediately. Modern amenities aren’t in high supply. What you do get is an exposed roll cage, two seats, five-point harnesses, plus a real dashboard, even if it’s stripped-down compared to the current Mini lineup. The headliner, backseat, and door panels are all noticeably absent.

I’d love to say this signals that Mini’s going to start making plenty of hardcore, track-ready enthusiast cars, but it doesn’t. Instead, this is a fun concept, and a reminder that Mini hasn’t completely forgotten its roots.

Continue Reading
You may also like...
Related Topics:Featured, Mini