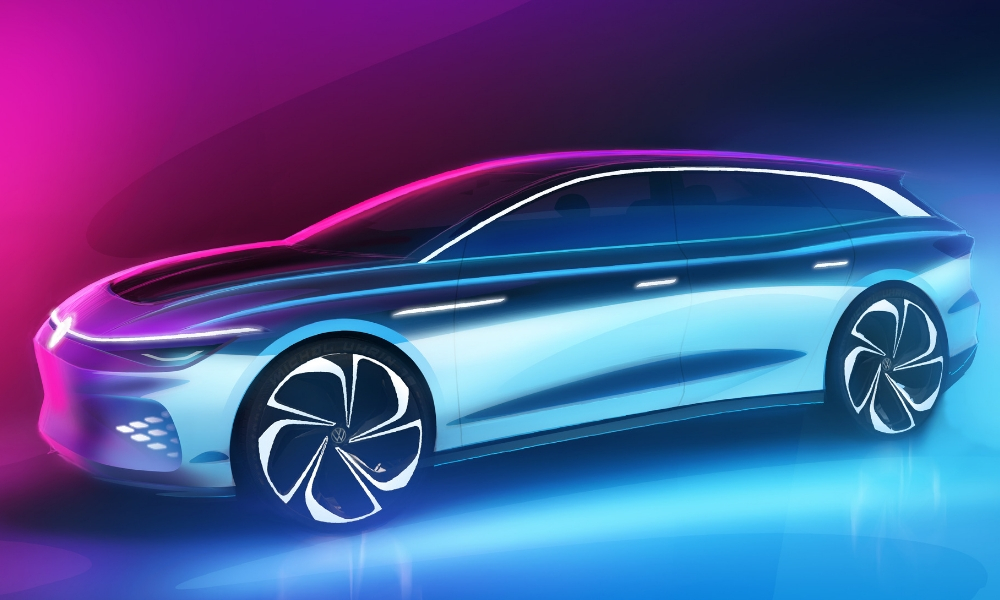 Ahead of its official unveiling at the end of the month, Volkswagen released dramatic renderings of the ID Space Vizzion concept. The latest concept in the all-electric ID family lineup, it shows what VW has envisioned for the future of SUVs, and it’s rather shocking.

As you can immediately tell, the VW ID Space Vizzion sits low to the ground like a car. That seemingly defeats one of the reasons people go for a crossover, plus it kind of turns this into more of a wagon, although the rear wheels are pushed a little too far back to give that aesthetic. Anyway, Volkswagen says it’s more of mix of a crossover and a Gran Turismo like the Porsche 911, which might be why if you squint hard enough you’ll see a Porsche Panamera.

For good measure, the electric vehicle concept has all kinds of sustainable and admittedly weird materials on the inside. Take, for example, the AppleSkin upholstery, which maybe is better than vinyl?

The point of making this concept low to the ground and so sleek in appearance is to maximize aerodynamics. According to Volkswagen’s head of design, Klaus Bischoff, the concept creates a new segment in the electric vehicle market. That is, of course, if this thing gets turned into a production vehicle.