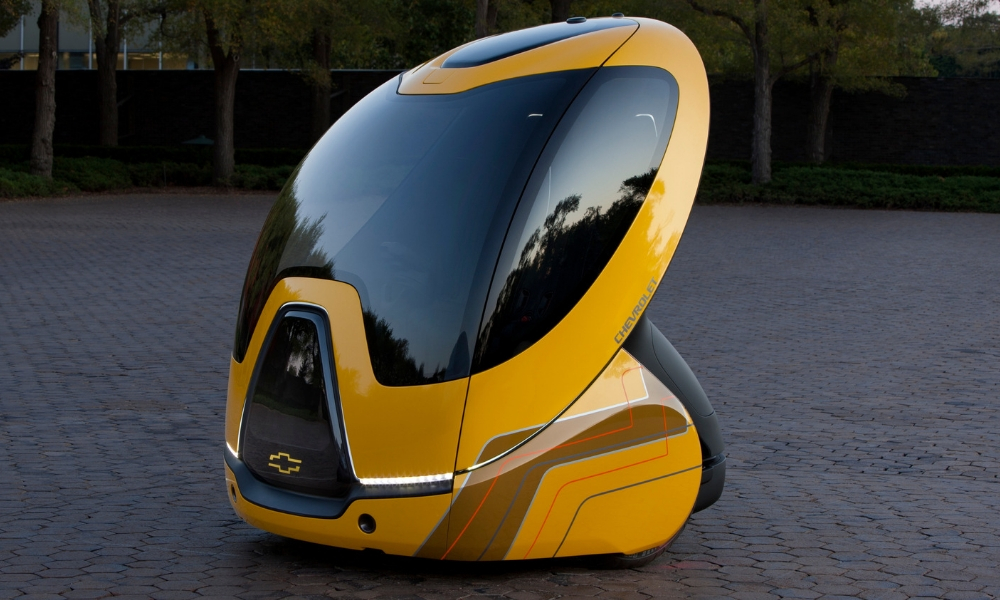 Automakers use concept cars for two purposes: to preview a future production vehicle and to play with design themes and possibilities. Plenty of times the design teams are given quite a bit of freedom. Sometimes that results in some amazing creations. Other times the outcome is a truckload of ugly funkiness. The following are the worst concept cars from the last two decades. Anyone with a sensitive stomach might consider puking in the toilet before continuing. You’ve been warned. 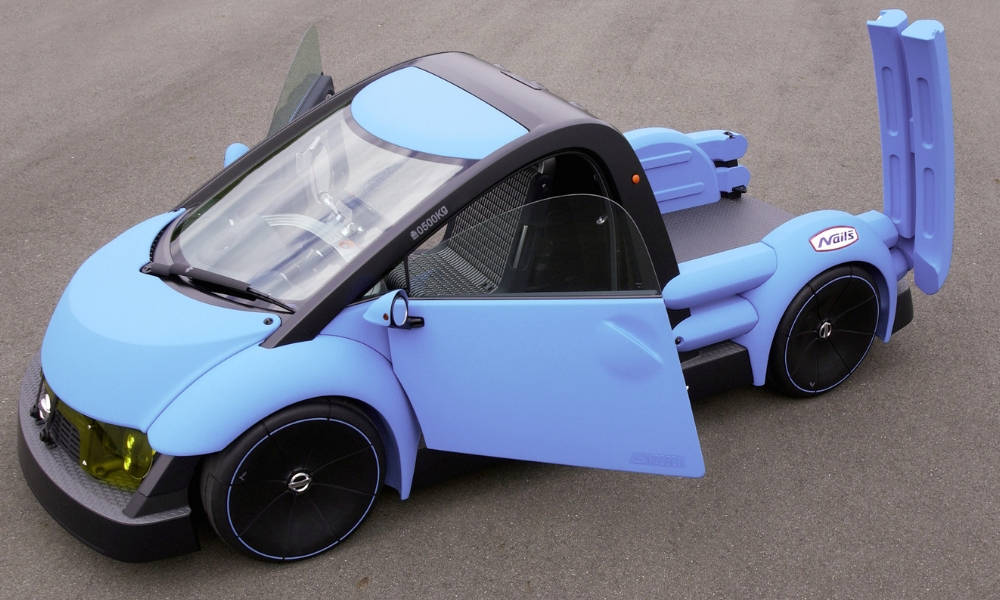 Yes, it’s supposed to be a pickup truck, and for some odd reason it’s named the Nails Concept. Things only get worse from there. Nissan thought the whole point of future vehicles wasn’t “a means of transportation” but instead “a tool for communicating with friends.” Back in 2001 that meant the super-advanced technology of cell phones, plus a really weird infotainment-type screen on the dash. Why the payload was surrounded by two pipe-like members is a mystery, considering they don’t provide much depth or a solid barrier for carrying the kind of stuff people often throw in pickups. Nissan designers also thought it’d be cool if the tailgate flipped up with a hinge at one end, kind of like a giant jackknife. As you can see, the rest of this concept is just painful to look at. 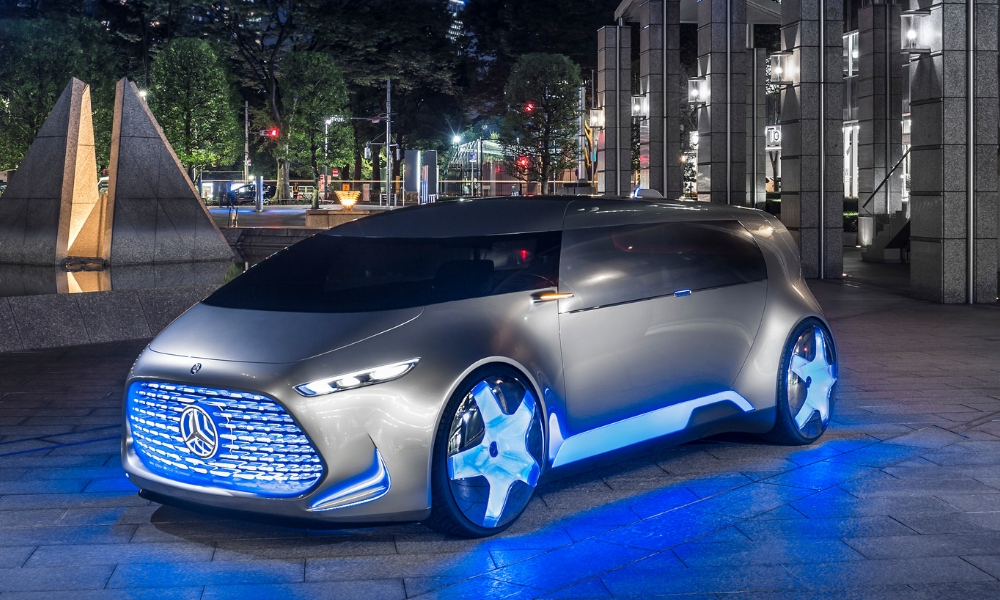 Of all the questionable designs put out by Daimler in the past two decades, this one takes the cake. The shape looks to be inspired by a melted candy bar, or maybe a deformed loaf of moldy bread. Mercedes-Benz tried to play it off as something hip and cool, adding blue lighting to emphasize the Vision Tokyo’s supposed youthful appeal. About the only cool thing is the autonomous driving features, which surely will look dated and incapable 20 years from now. 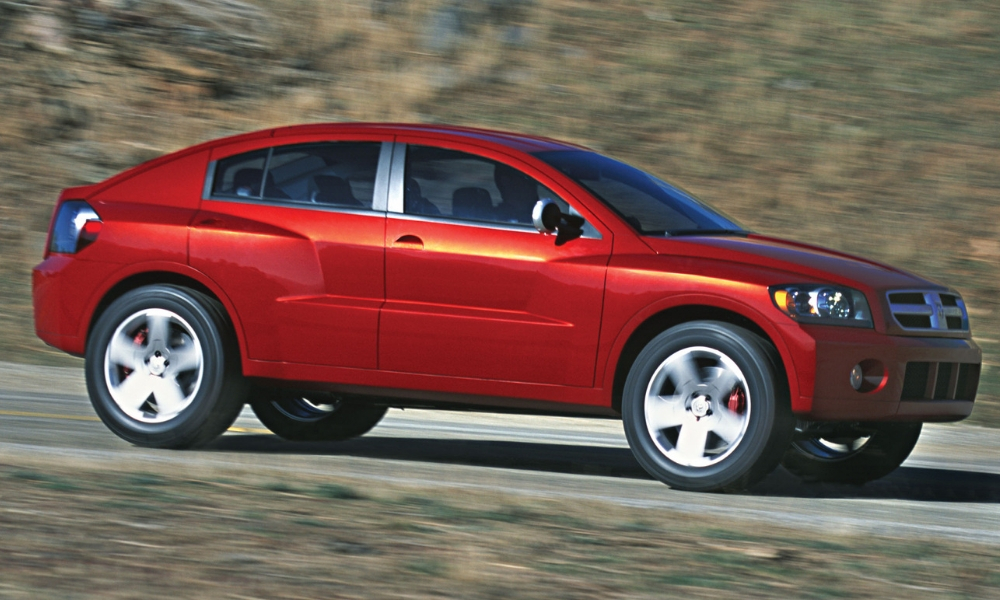 Before the Avenger nameplate made its return to the Dodge lineup, a concept debuted in 2003. It was hideous in its proportions, with a seemingly pointless ride height, accentuated in all the wrong ways by an excessively small front grille, huge front air intakes in the lower fascia, narrow windows, steeply raked rear window, and absolutely humongous Altezza- style taillights, which were all the rage back then. Oh, and the side mirrors were just plain random and weird. This was a face only a mother could love. While the production version of the Dodge Avenger and Chrysler 200 wasn’t perfect, it at least looked far better than this cobbled-together mess. 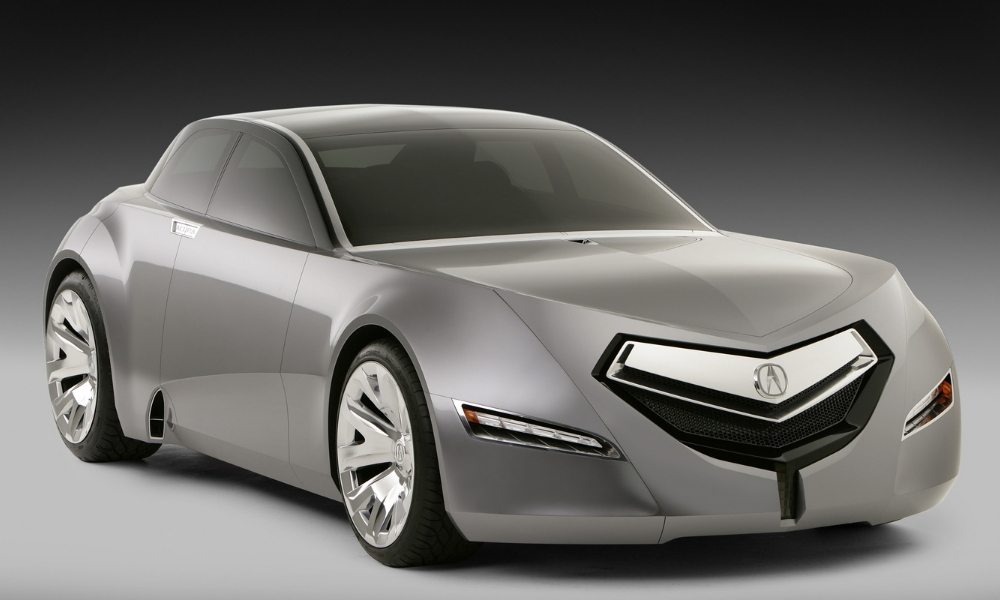 It was 2006 and the Acura brand was heading in a new direction. Previously, it made reasonably handsome cars like the second-gen Integra and TL, but that would change. Enter the Acura Advanced Sedan Concept, which introduced the dreaded beak grille design. An angular rear fascia didn’t help matters. Just recently Acura finally overcame the aesthetic challenges this concept injected into the brand, which arguably helped sales tank big time. Yes, one concept vehicle did all that. 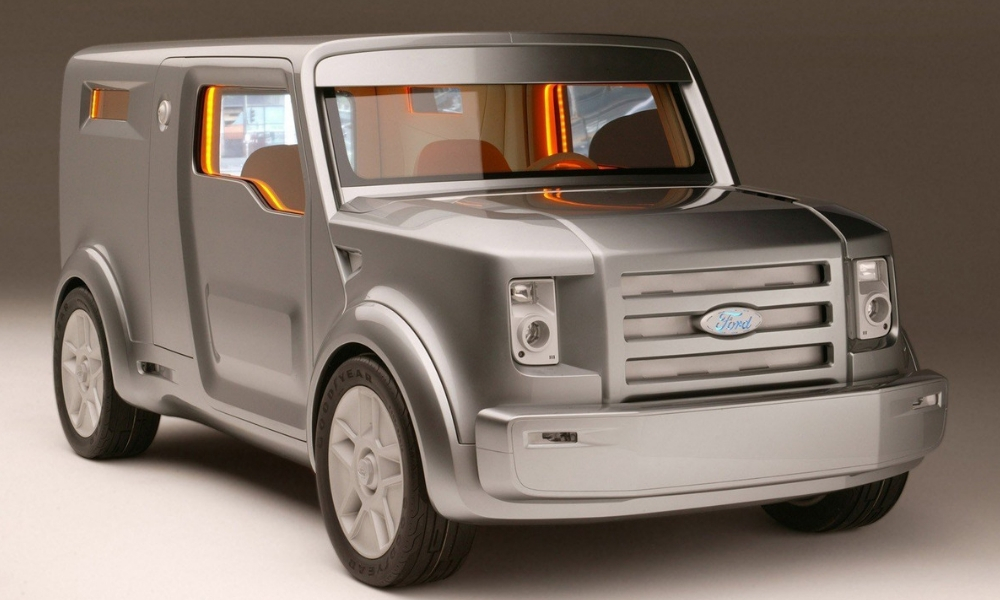 Making jokes about the name of this concept would be all too easy. Just as easy is making fun of its design. Essentially, the SYNus is a bank vault on wheels, complete with gun-slit side windows for when you really need to engage in some road rage. While people were especially paranoid in 2005 when Ford debuted this in Detroit, even for back then it was especially over-the-top. Plus, can you imagine what kind of fuel economy this brick got? 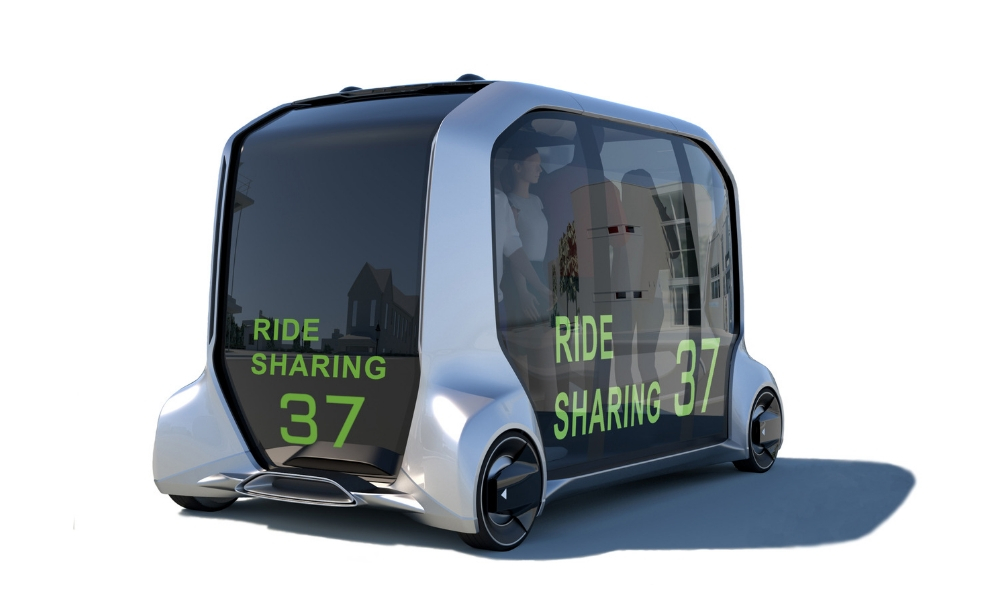 Usually, a palette is something artists use to mix paint colors. It’s a thing of vibrancy from which creativity springs forth. That’s ironic, because Toyota’s e-Palette Concept that was introduced in early 2018 is pretty much a transparent box on wheels. The concept drives itself, while passengers stand up inside and stare placidly at the urban landscape that slowly passes by. This wheeled bread box apparently can grow and shrink, so they can deliver your Amazon order or grandma to your doorstep, while simultaneously sucking the joy out of everything. 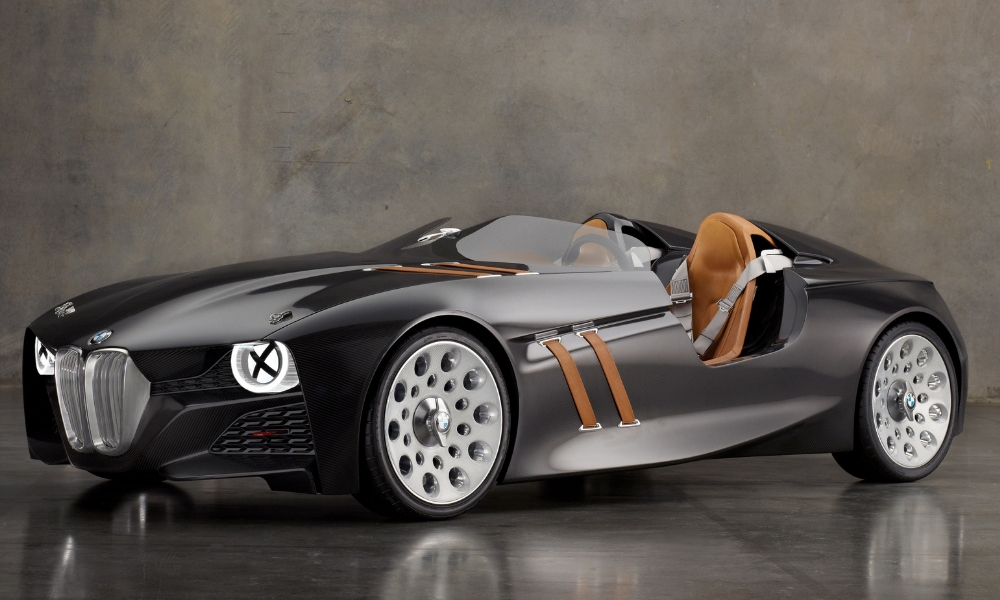 Just what exactly was this concept all about? It seemed to be that BMW designers took several ideas of what a compelling car would be, found zero middle ground, then slapped it all together to make this monstrosity. Critics were anything but kind to the BMW 328 Hommage, calling it a snaggletooth mess, an automotive atrocity, and everything that was wrong with car design at the time. There was nothing coherent with this concept, and so it ultimately failed in every measurable way. 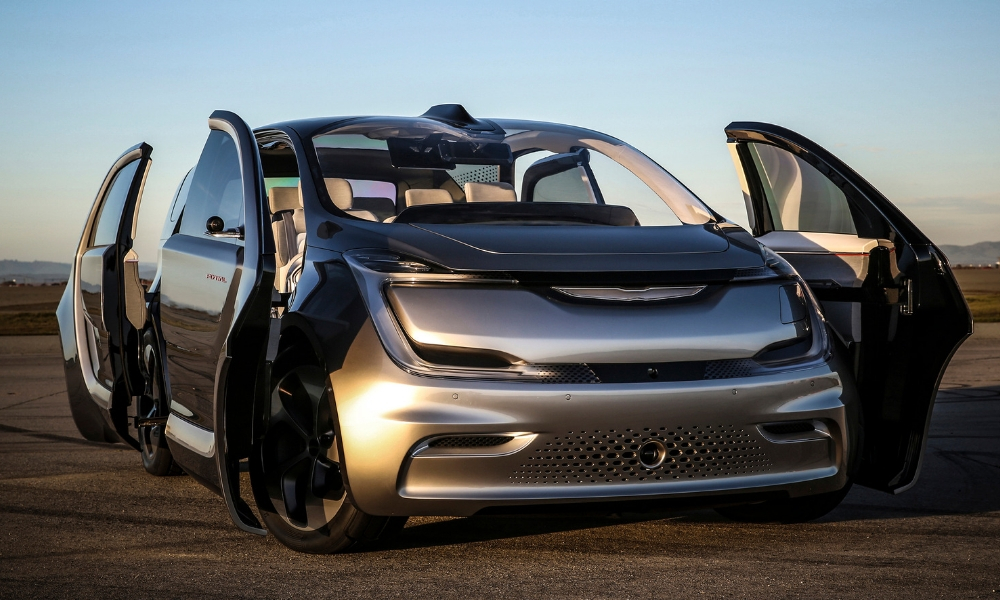 It was a concept vehicle made for Millennials by Millennials, and Chrysler talked the Portal Concept up like it would be the next big thing in the automotive landscape. What the old farts at the head of Fiat Chrysler failed to realize was that Millennials were already designing cars for other automakers, and those cars mostly looked good. The Portal Concept was more like a portal into the hellish landscape of gaudy vehicle design. The exterior was just too wild to be taken seriously, and the point of doors that didn’t swing open on hinges was never really explained. Chrysler’s Millennials were trying too hard and it showed. 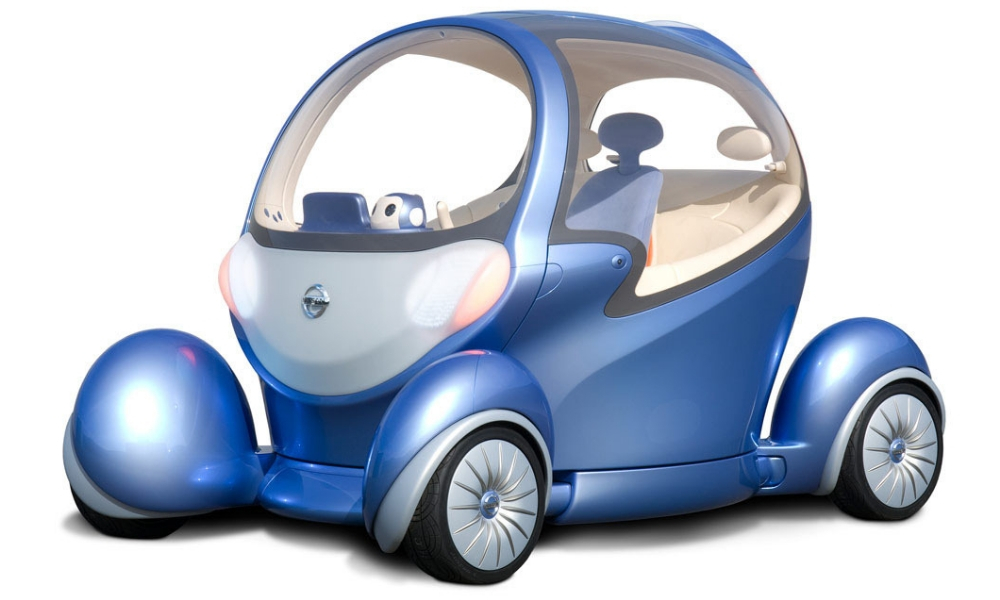 While the original Nissan Pivo Concept has rightfully been called a hamster ball on wheels, the Pivo 2 took things even further. The vehicle feels even more pod-like, thanks in large part to the wheels that extend out from the passenger compartment. Even though the concept EV could use these independently powered wheels to turn 90 degrees, the fact the passenger pod could also rotate 360 degrees made this concept more like something you’d ride in at Disneyland, not on public roads.

It looks like a futuristic helmet driving down the road, and that most definitely isn’t the kind of image anyone with a shred of style wants. Back in 2011 Chevrolet had the brilliant idea of creating an electric car share vehicle for the Chinese market. Pretty much everything about the concept drained all sense of enjoyment out of driving or even riding in a vehicle. Eventually a less-zany but still ugly EV-V 2.0 fleet was launched in Shanghai. Local media never covered just how many innocent citizens of that city were blinded by the ugliness. 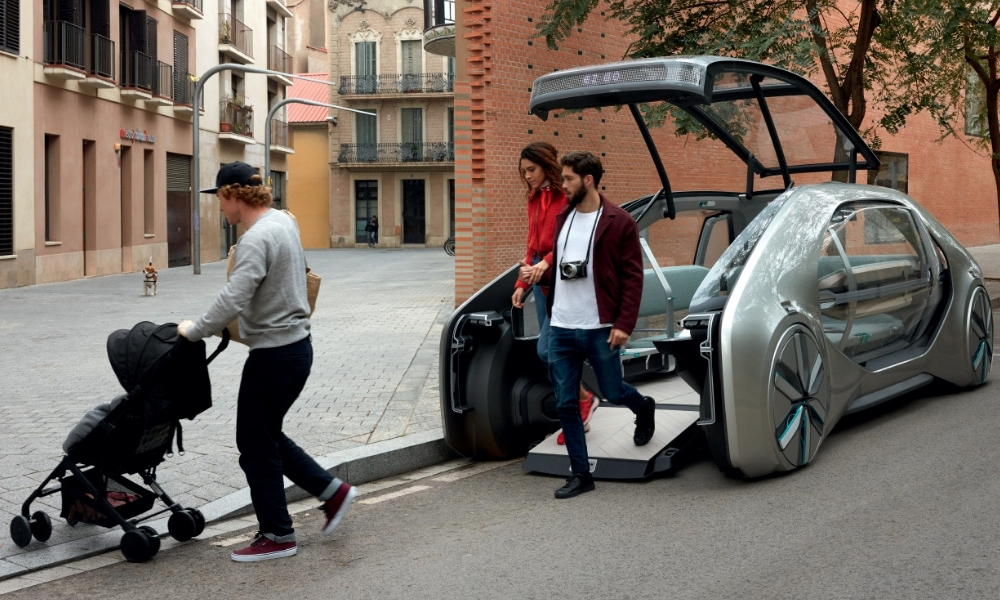 When Renault pulled the curtains back to show off its EZ-GO concept at the 2018 Geneva Motor Show, the hush that inevitably followed wasn’t out of reverence. After all, this thing looks like some sort of a joke, like The Homer. The EZ-GO was designed exclusively for shared mobility, because nobody in their right mind would want to own such a monstrosity. Even though it’s ugly, the design with the elevating roof and walk-in rear entrance is supposed to allow easy access for wheelchairs, strollers, and members of The Rolling Stones. 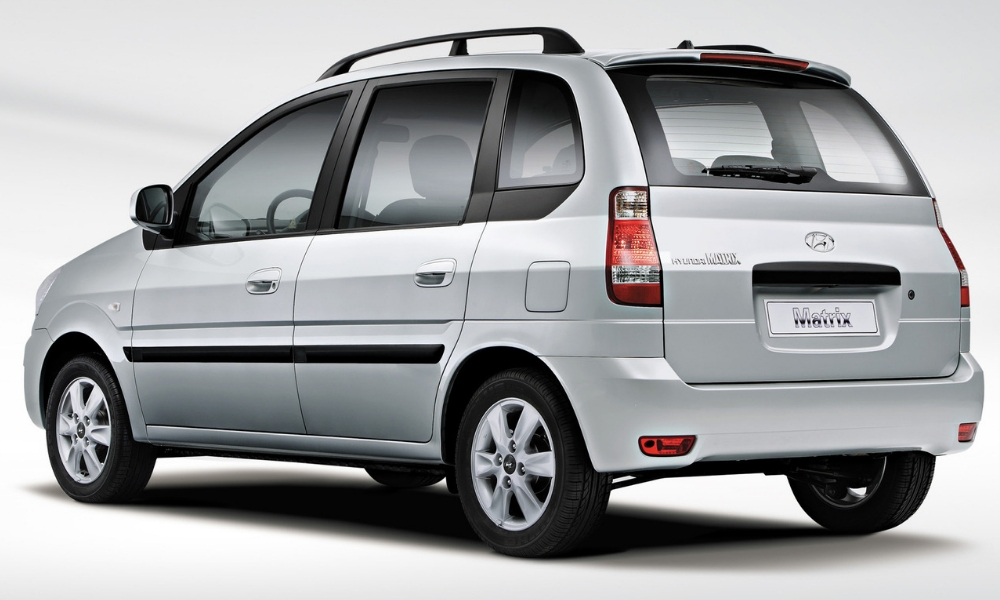 There is no spoon – wrong Matrix. Despite Toyota already using the Matrix name for its quirky little wagon, Hyundai made this concept MPV with the help of Pininfarina. Created with the European market in mind, there’s one critical element missing: any sign of aesthetic beauty. Usually concepts at least try to look sleek and futuristic, but it was like the design team in charge of the Matrix decided it wanted to leave the office early. The Matrix Concept looks like every bad 1990s vehicle design smashed together into one shockingly bad vehicle. It shouldn’t be a surprise that the production model wasn’t a looker, either.

BMW I Inside Future 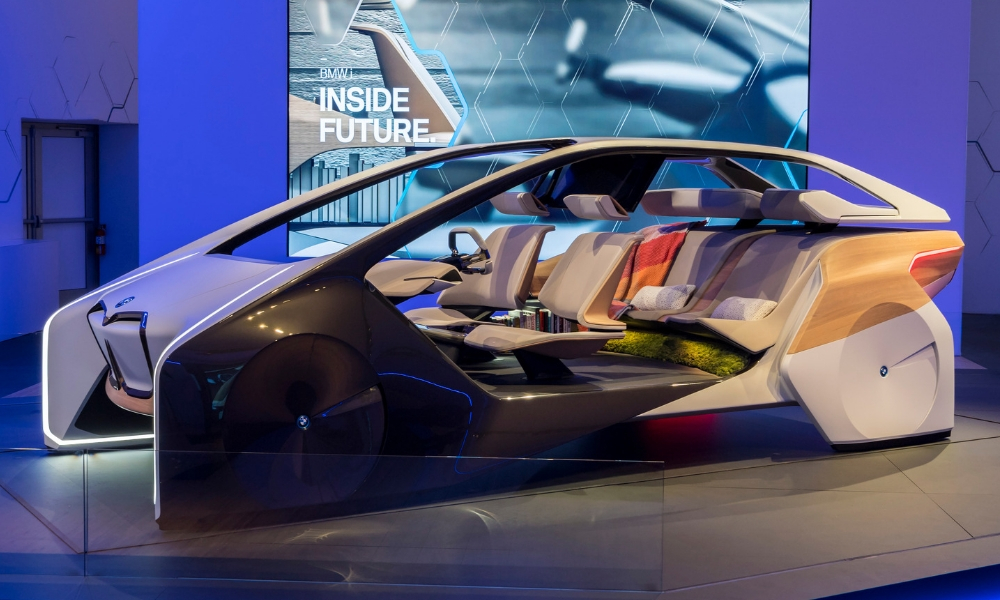 Help us all if this is the future of cars or even just BMW as a brand. While the BMW i Inside Future might look like it’s missing some critical pieces, apparently that’s how the design team intended the vehicle to look. Probably the idea was to be avant garde, but instead it looks like a 7-year-old’s doodle translated into the real world. Of course, the concept was presented as an autonomous vehicle, but such tech didn’t and still doesn’t exist. That explains the shelf with books in the car, but the overall bad taste has no excuse. 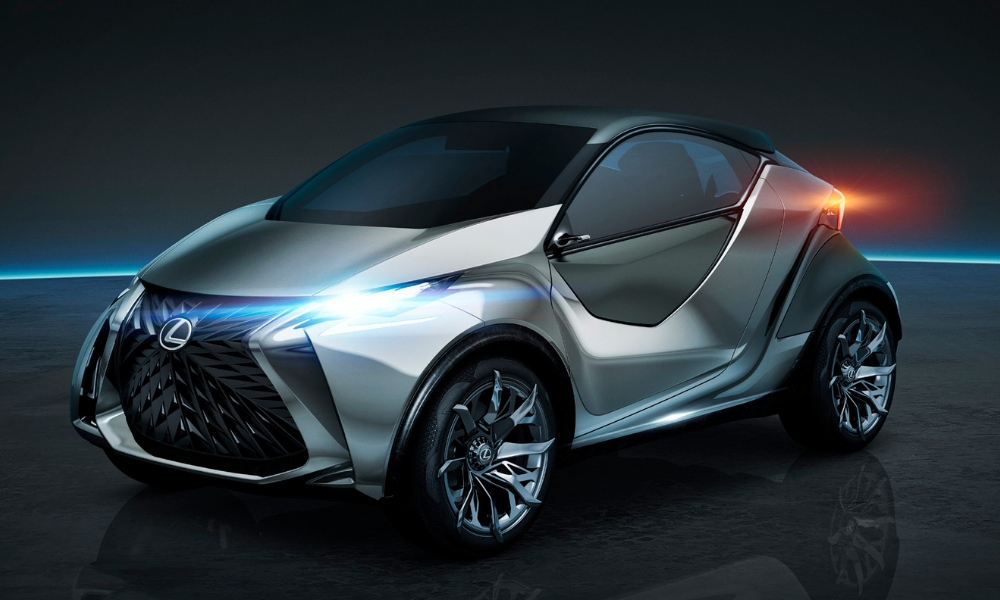 Nobody with any design sense will say all modern Lexus vehicles look good. After all, that spindle grille is pretty heavy, along with many angular lines and such. Anyway, the LF-SA concept really took the cake back in 2015 when it debuted at the Geneva Motorshow. It’s basically like an RX crossover looked in a fun house mirror that made it look shorter and far weirder. Perhaps the Lexus design team had decided to start smoking banana peels when creating this thing. Even worse, it was created as part of Lexus’ 25-year anniversary. Sad. 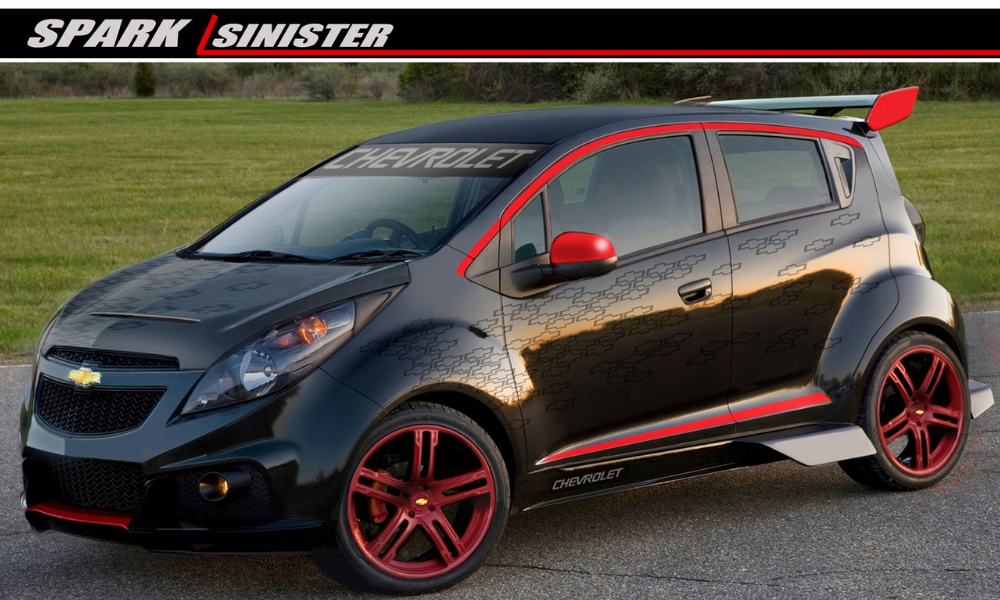 The Spark was originally created to replace the Aveo, a scary-yet-cheap car aimed at people who were really on a budget. While an improvement, the Spark still isn’t anything to get excited about. Chevrolet thought it would transform the ho-hum image with the Spark Sinister Concept or SEMA in 2012. The black and red color scheme and rear wing are supposed to communicate how sporty the car is. Instead, it just looks ridiculous, like any episode of The Bachelor. 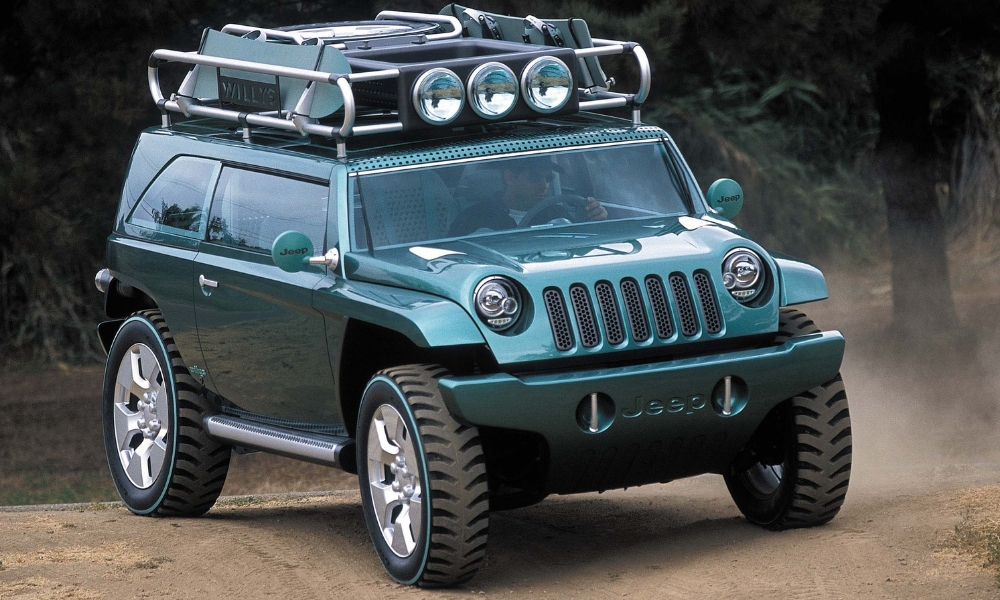 Oh, even Jeep has really stepped in it with bad concepts. Perhaps the worst out of the past two decades was the Willys2 Concept, which seared everyone’s retinas in 2002. First, it looks like a Jeep Liberty got together with a Hummer H2 after a night of drunken partying. Either that, or the design inspiration was a block of cheese with a grater strapped to the front. Whatever the source of this misguided effort, even worse was the fact it abused the hallowed Willys name all in the name of gratuitous exploitation. 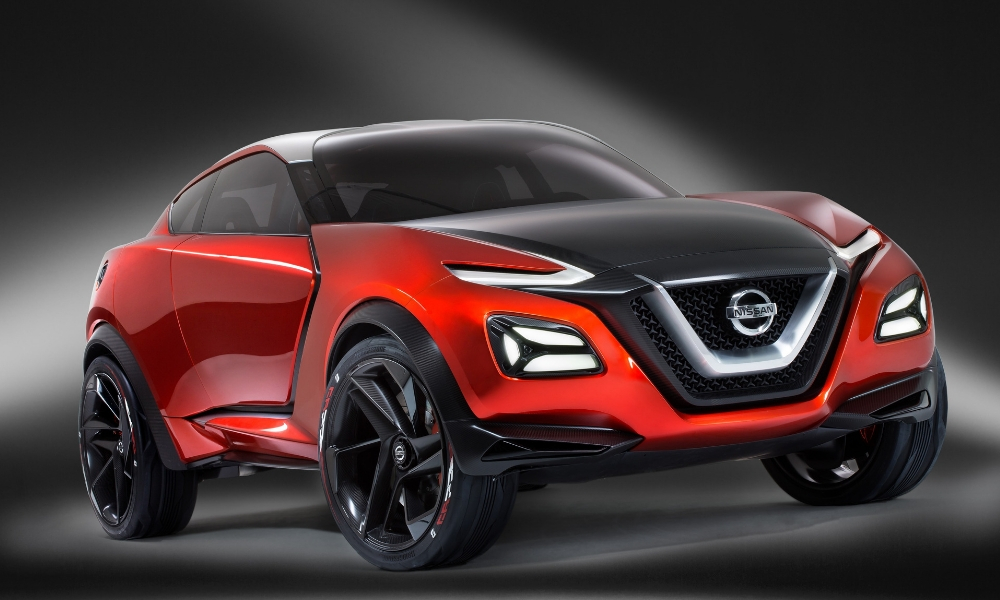 Only one thing is worse than a tasteless concept car design: tasteless concept car design with a pseudo-clever name. The Nissan Gripz Concept achieved this higher level of bad in 2015. It embodies most of what’s been wrong with the brand’s modern design language, including super-accentuated boomerang lights, V-motion grille, and the dreaded floating roof. That’s sad since Nissan said this concept was a “design statement.” Maybe the statement was supposed to be something like “Nissan needs better designs.” It took Nissan’s London and Japan design teams collaborating together to create this concept, proving that international trade can be harmful to society. 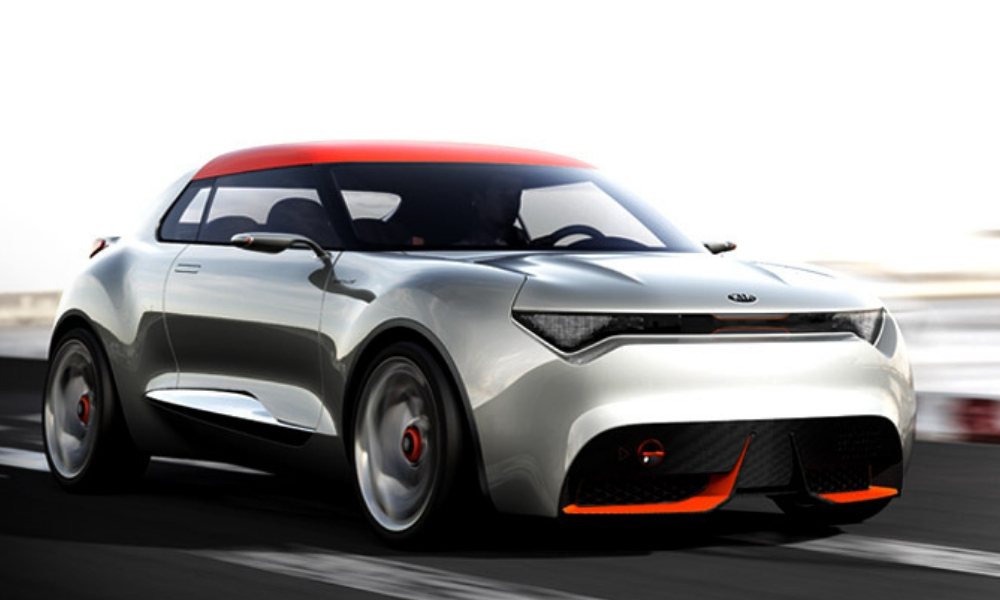 Kia and Hyundai have this fascination with naming vehicles after cities in the western part of the U.S. But Provo is a strange choice, considering how the little city in Utah is generally buttoned-up conservative and downright boring. Aside from the name, the Kia Provo Concept was pretty weird-looking. Granted, it wasn’t the most hideous concept ever, but at least it was supposed to have a funky appearance since the crossover was created as a potential alternative to the Nissan Juke. Kia tried to pass the design off as a “road-legal racer” but nobody who’s been within half a mile of a racetrack is fooled by that spin.