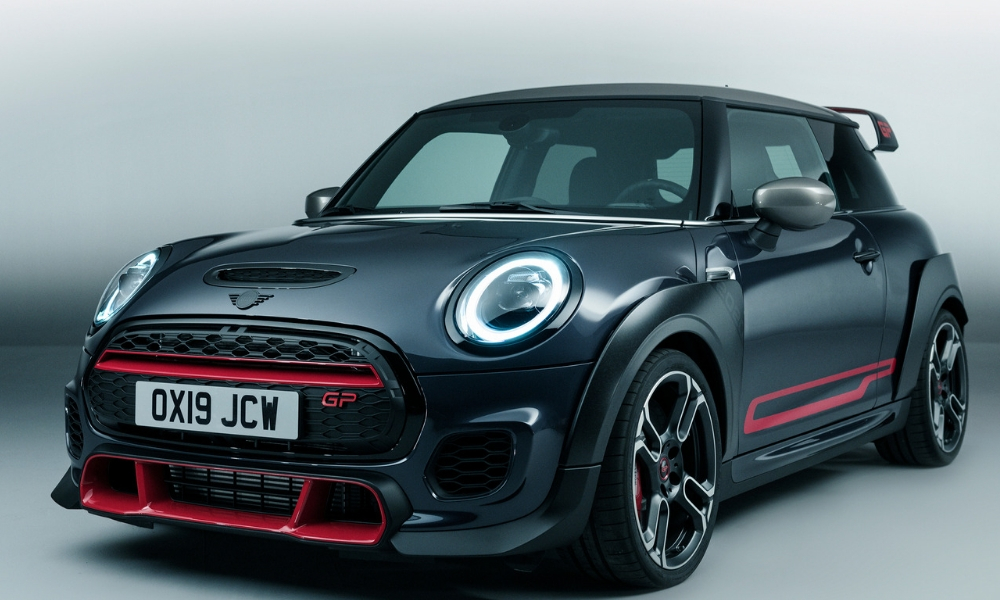 The next-generation Mini John Cooper Works GP has been revealed, and it’s a real firecracker. The third wave of the British hot hatch punches things up. In fact, it’s the fastest production car Mini has ever made. It also looks the part.

With a production run of only 3,000 globally, a lot of enthusiasts will be itching to get their hands on the 2021 Mini John Cooper Works GP. They’ll pay a pretty steep price, too, with U.S. pricing starting at $45,750.

Power comes via a 2.0-liter turbo four-cylinder. At its peak, this powerplant makes 301 horsepower. It can push the car from 0-62 in just 5.2 seconds. Top speed hits 165 mph. The one admitted drawback is this car uses a front-wheel-drive layout. Still a mechanical differential lock lets different levels of torque be distributed to the front wheels when cornering hard, so that helps. While the 8-speed automatic transmission isn’t surprising, the option of a six-sped manual would’ve been nice.

Of course, everyone wants to know how fast new cars make it around the Nurburgring. Mini says the new John Coopers Works GP can lap it in under 8 minutes, shaving around 30 seconds off the lap time for the previous generation.