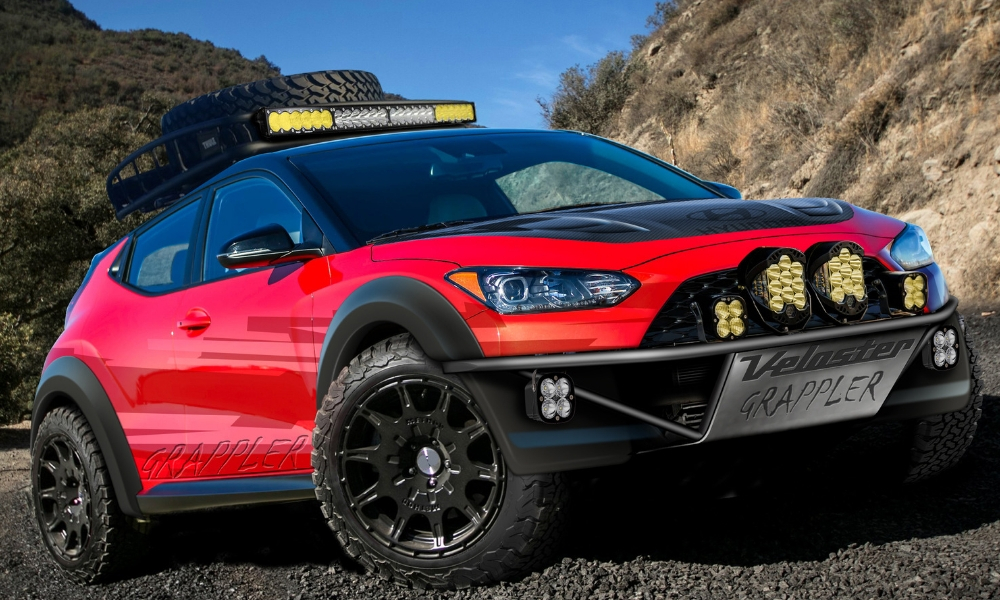 Strange things are always afoot this time of the year, thanks to the SEMA Show. This time it’s Hyundai unveiling its Veloster Grappler Concept. Apparently, someone thought it would be cool to make an off-road version of the compact hatchback, but don’t expect this to spawn a production vehicle.

For good measure, Hyundai even threw in some quasi-overlanding mods, like a solar panel stashed in the roof basket, a portable power station, and of course a tent stashed inside the vehicle (but you have to set it up on the ground).

While Recaro front seats and a carbon-fiber hood were thrown on, there aren’t any powertrain modifications mentioned by Hyundai. That’s too bad, because there’s no way the output of a Veloster can be taken seriously for trail applications, even with all this extra equipment bolted up. At least it will look good at the SEMA booth.