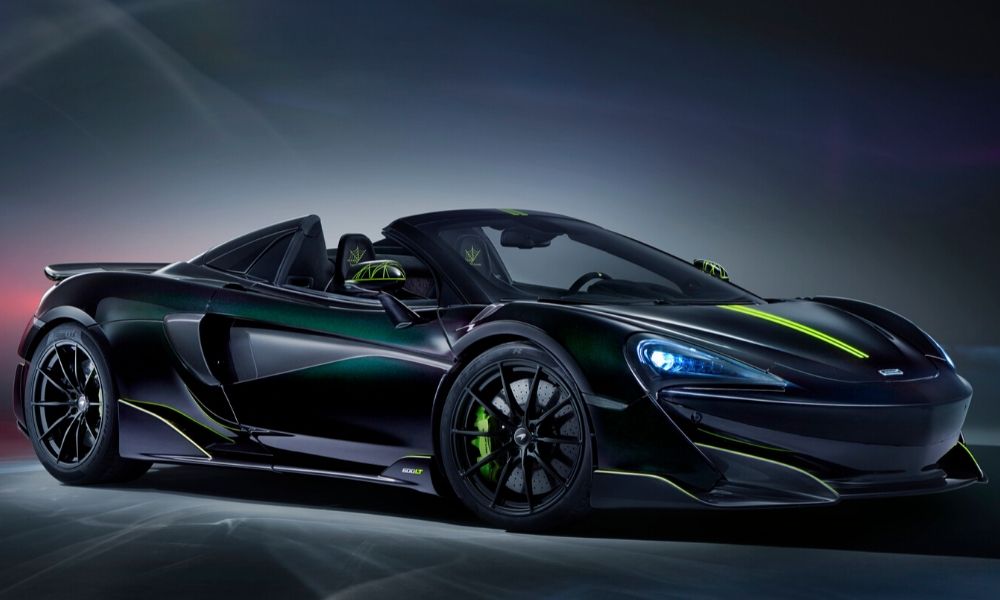 To have a little fun and do something different, McLaren has decided to make the final 12 examples of the 600LT Spiders themed after a venomous spider. It’s a spider-themed Spider – get it? Ah, that British humor never ceases to entertain.

This move is supposed to showcase the creative range of McLaren Special Operations, so shoppers know they can do all kinds of bespoke things to their cars, which in turn inflate the price dramatically. It also gets McLaren extra press coverage, obviously. 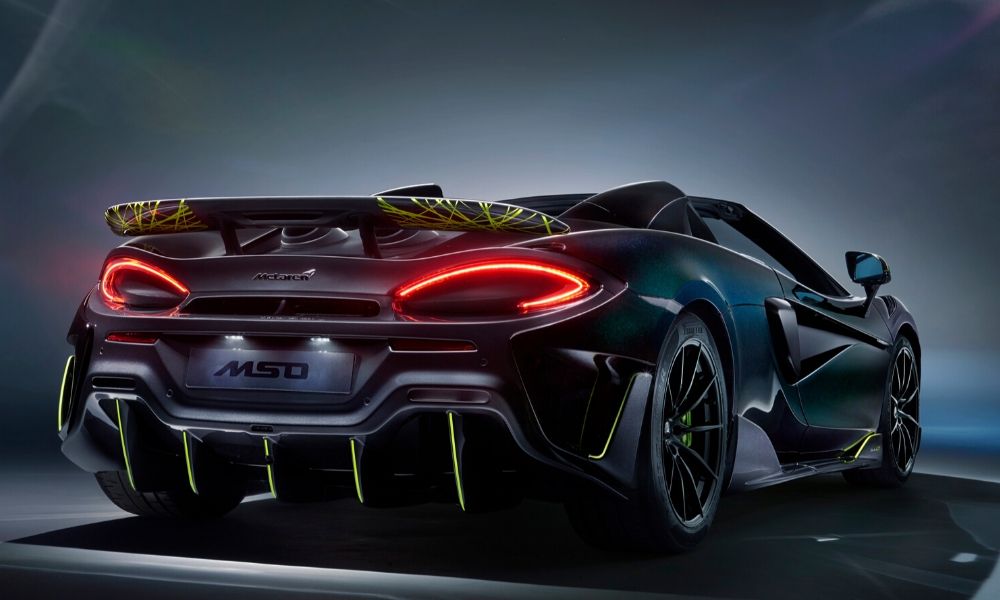 The design, called Segestria Borealis, draws inspiration from the Segestria Florentina, venomous spider. You can see in the pictures the car has green “fangs” in the form of Napier Green stripes which run from nose to tail. The car body is painted an iridescent Borealis black, featuring shimmering undertones of green, purple, and claret. Depending on the lighting and the angle you’re at, the look of the car transforms.

There are more detailed changes to fit the theme, like Napier Green brake calipers, gloss black 10-spoke lightweight forged wheels, and Napier Green stylized webs on the side mirrors as well as the rear wing. You also can’t possibly miss the Napier Green pinstriping on the front fenders, side skirts, and rear diffuser vanes. 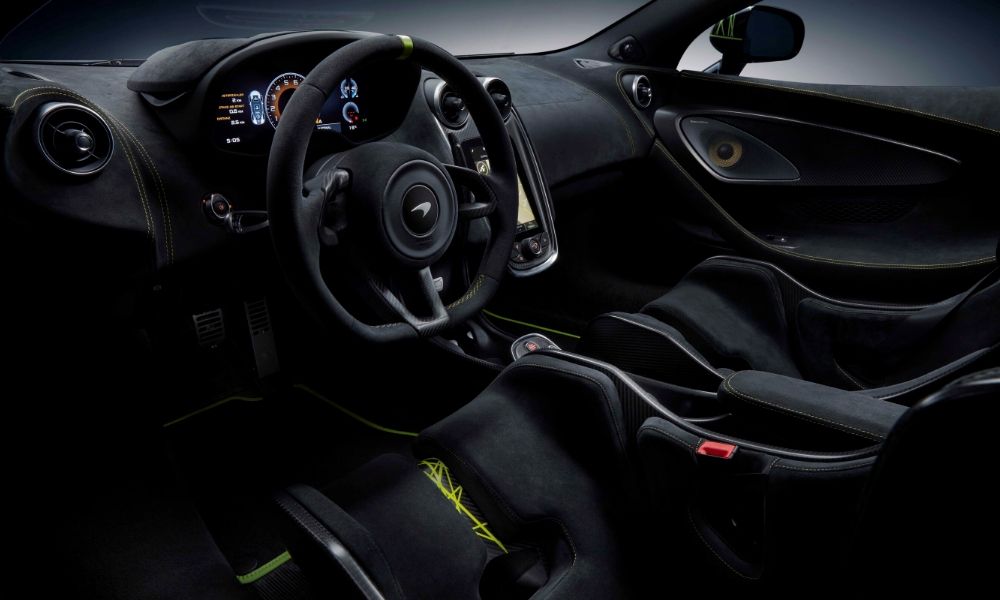 That same contrasting look of green and black continues into the cockpit. All kinds of extra goodies are included, like a Bowers and Wilkins 12-speaker sound system and carbon-fiber interior trim. All this comes at a steep price of $275,500.