Everyone seems to have an opinion about Tesla these days. Some think the California automaker is a visionary, showing the way to the future of cars that don’t spew pollution constantly. Others believe it to be a weak, parasitic company that’s preyed off taxpayer dollars, shilling an inferior product only the rich buy as a plaything. Just try bringing up Tesla at a cocktail party with mixed company – you just might start a fight.

While emotions about Tesla run strong, some information concerning the company is a little on the obscure side. How many of the following items are news to you? 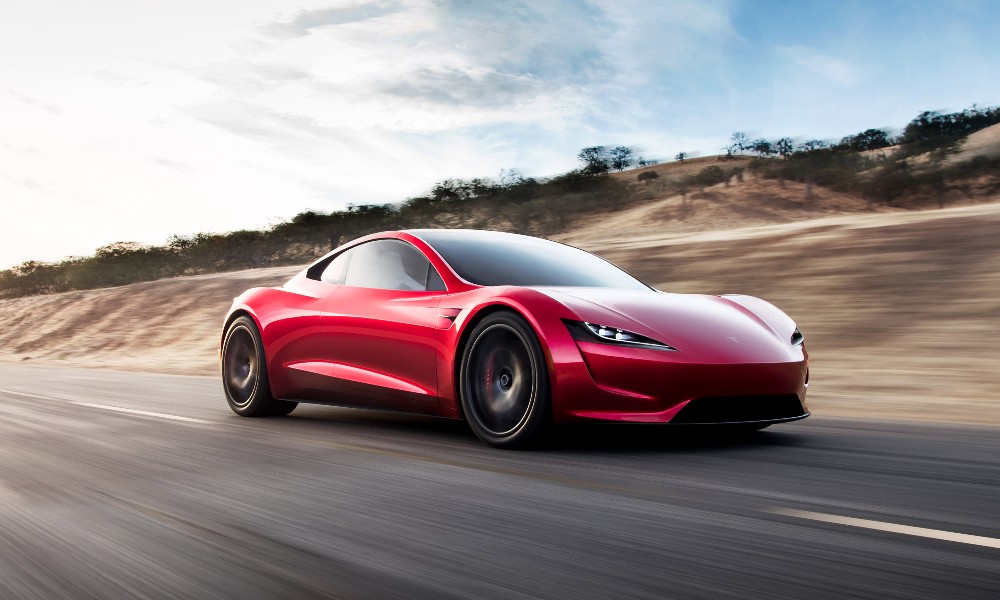 Before Tesla was a household name, the company got a big break by having the Top Gear trio feature the Roadster in an episode on the BBC. As they say, any publicity is good publicity, so the ensuing controversy surrounding what happened likely only helped Tesla by boosting awareness of its existence. Jeremy Clarkson had the Tesla Roadster race against a Lotus Elise – the vehicle the Roadster was based on.

Things went quite well for the Tesla at the beginning, with the EV beating the Lotus off the line handily and commanding a sizable lead. Then, the electric car suddenly slowed to a stop. Viewers understandably thought the Tesla had run out of juice, but it later was revealed that the Roadster’s battery never dipped below 20 percent. The BBC claimed the dramatic bit was to illustrate what would happen when a Tesla depleted its battery, but many found the dramatization to be misleading.

9. More Than an Automaker 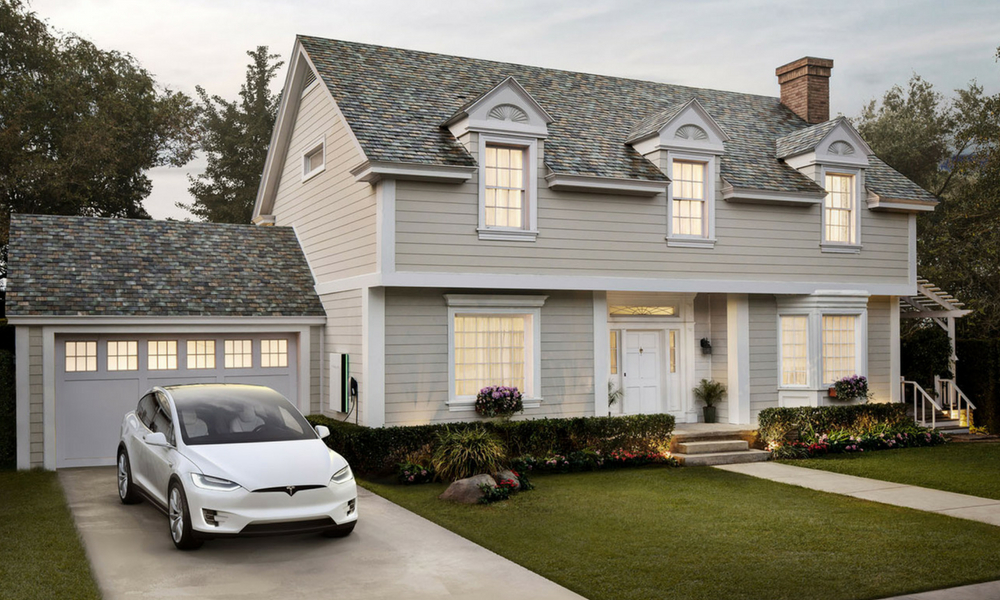 While many people refer to Tesla as an automaker, the company views itself as something more. On Feb. 1, 2017, it officially filed with the U.S. SEC to have the “Motors” portion of its name dropped. This move lined up with a plan CEO Elon Musk dreamed up in 2006.

Essentially, Musk has wanted to take profits from making cars and put them into solar panels and sustainable electrical systems. That idea has fueled the development of the Tesla Powerwall, solar panels that look like roof shingles, etc. The only problem is Tesla has almost exclusively operated in the red when it comes to selling cars.

8. There’s No Off Switch

Technically, a Tesla is never completely turned off. When you shift one into park, it seems as if the car’s off, but it’s actually more like shutting the lid on your laptop. The vehicle sleeps, which is why it springs back to life in a hurry when needed.

This feature also allows Teslas to receive over-the-air updates at any time, including in the middle of the night. If you own a Tesla, there’s no having to go to a service center to have new software loaded on the car, which isn’t the case with pretty much every other car on the market today.

Too often people mistake Elon Musk, who is CEO of Tesla at the moment, as the company’s founder. It’s understandable since he acts like a founder. In reality two men, Marc Tarpenning and Martin Eberhard, founded Tesla in 2003. There is some controversy about this, with Musk and two others claiming they were founders as well, but good luck trying to sort that mess out.

The vision of Eberhard and Tarpenning was to transform the image of electric cars. Back in the day, EVs were seen as small, weird, ugly, and anything but luxurious. It only took the automaker about a year to have a drivable vehicle, which is actually quite impressive for a startup. Around the same time Musk became the chair for the board of directors, plus he was the controlling investor. Eberhard wasn’t a fan of Musk’s leadership or vision, leading to a legal battle that was eventually settled out of court. 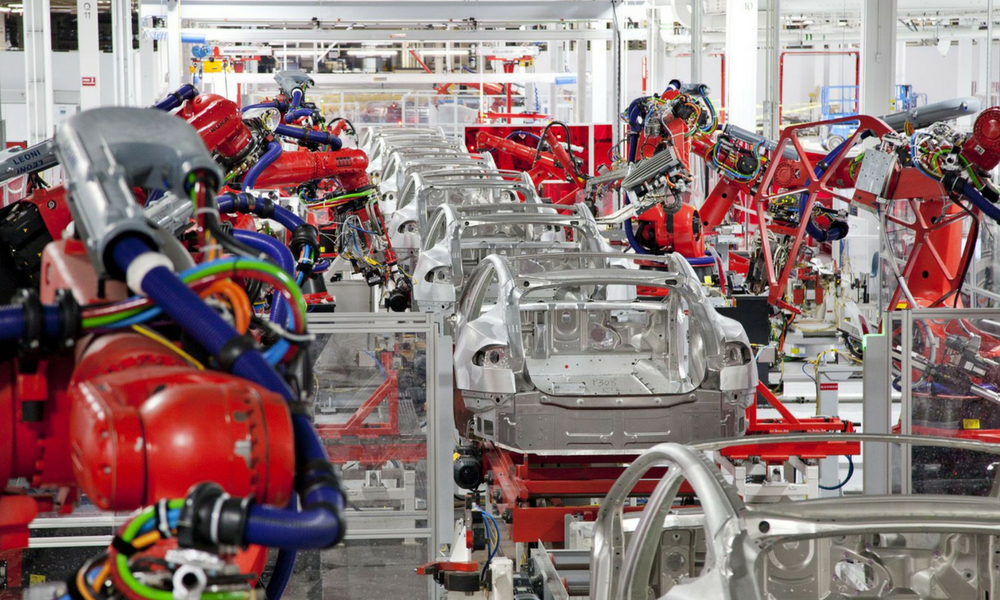 It’s true that Tesla received a large loan from the government, but it wasn’t interest-free nor was it tied to economic stimulus or automaker bailout packages. The $465 million lent by the Department of Energy came from the Advanced Technology Vehicles Manufacturing Loan Program, which was created by the Bush administration and was funded by Congress in 2008.

While Tesla’s been accused of abusing taxpayer dollars, it’s important to note the company paid all $465 million back in 2013, plus a reported $26 million in interest. Not everyone agrees that was a wise investment, but some people still think the automaker got an interest-free loan it never repaid. 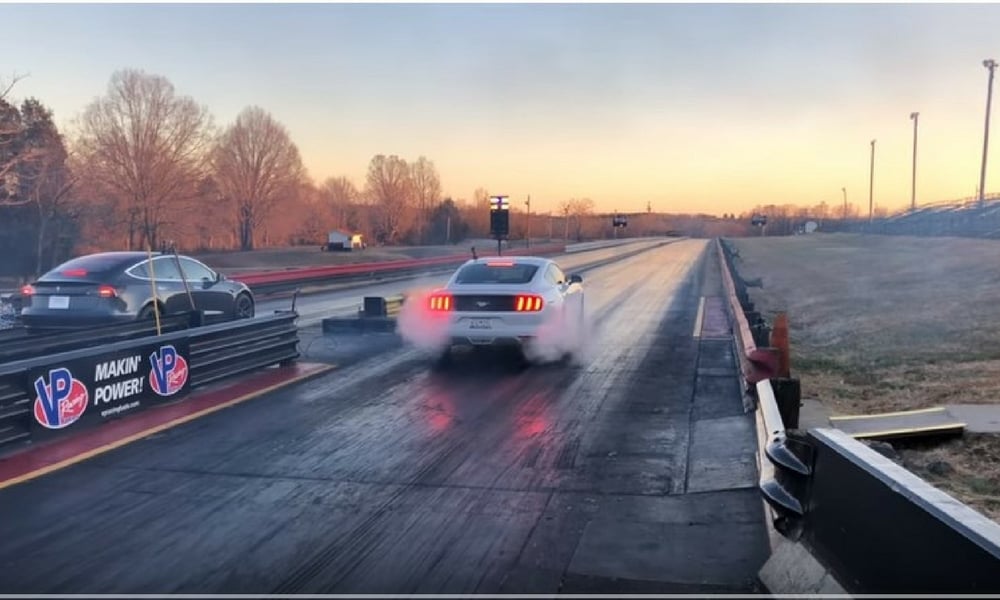 Taking inspiration from the sci-fi comedy Spaceballs, Tesla created a Ludicrous Mode for certain versions of the Model S and Model X. It pushes acceleration to almost unreal levels, although the battery does drain pretty fast during these lightning sprints. Tesla owners have been using this to their advantage on drag strips and on the road, posting all kinds of crazy videos online where they smoke performance cars.

Owners started learning that Tesla had been placing limits on Launch Mode, not Ludicrous Mode, as some people still think. Launch Mode helps with taking full advantage of the Ludicrous Mode’s raw acceleration from a standstill. If owners used Launch Mode too many times, power output was permanently reduced, supposedly to cut down on wear and tear of several expensive components. After facing increasing anger from fans, Tesla finally decided to eliminate the restrictions. So you can race your Tesla regularly using Launch Mode and Ludicrous Mode, but the motor, gearbox, and battery might go out early and that won’t be covered by the warranty. 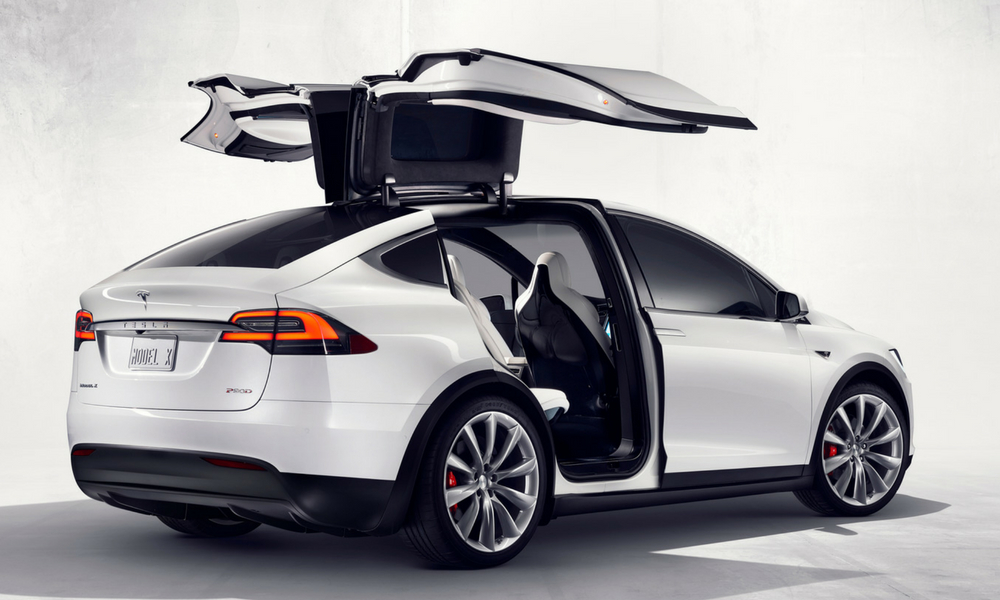 Those dramatic falcon wing rear doors on the Model X have caused all kinds of issues for Tesla, starting with supplier problems before the SUV was released. Then there were problems with sensors making the doors unreliable for opening and closing, which made quite a few owners upset. People have said the doors are just plain dangerous, especially after a person was trapped in a wrecked Model X because the falcon wing doors wouldn’t actuate since they weren’t powered.

What most people don’t realize is there’s a clever mechanical latch override for each falcon wing door. Just behind the speaker cover in each door is a pull cable, but you need to remove the speaker cover by pulling on a small lip to expose the cable. Just tug on that metal cable toward the front of the SUV and the door unlatches, so you can push it up and out of the way. Of course the doors are heavy, making this escape method impractical for kids or small adults who don’t have help, but that’s hopefully not a likely scenario.

Many people think Tesla has never made a red cent, but that simply isn’t the case. While starting a new automaker, funding flashy stores in malls, and developing ground-breaking tech certainly isn’t cheap, the company has turned a profit at least a few times.

The most recent profitable quarter ended with September of 2016, surprising investors and analysts at the time. Before that, Tesla turned a profit in the first quarter of 2013. That’s not a great track record, and other automakers consistently make money, but it’s better than always being in the red. 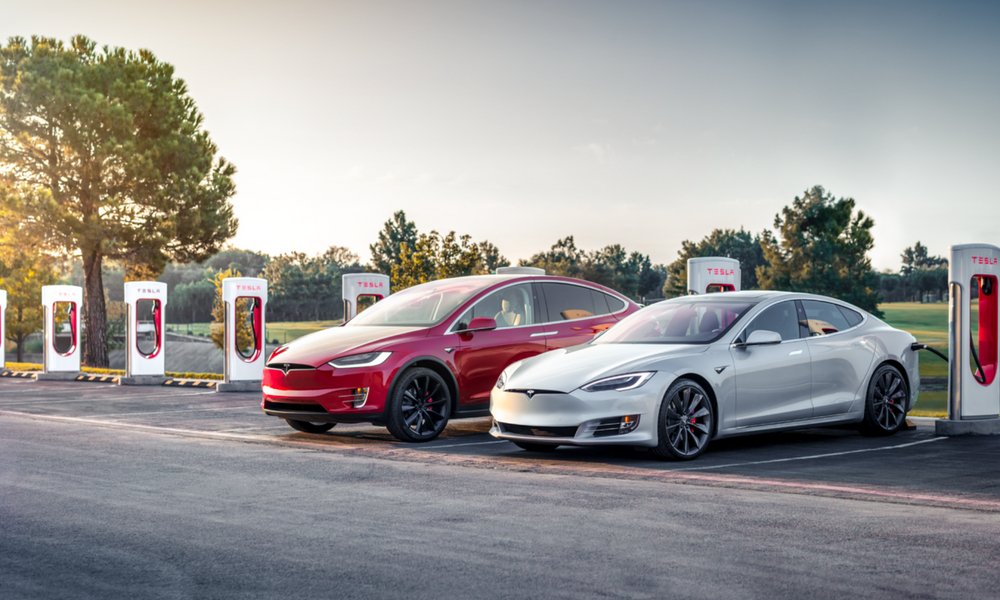 Many people, including quite a few Tesla owners, have mistakenly thought they had unlimited access to the Supercharger stations scattered across the country. Tesla has somewhat clarified this misconception, although not entirely.

Back in 2015 Tesla informed Model S owners via email that the Superchargers are really for long-distance travel. They can occasionally be used locally as a convenience, but Tesla doesn’t want owners topping off their batteries at stations close to home on a regular basis. So there’s no clear-cut policy on Supercharger use and what constitutes abuse, leaving everyone wondering. 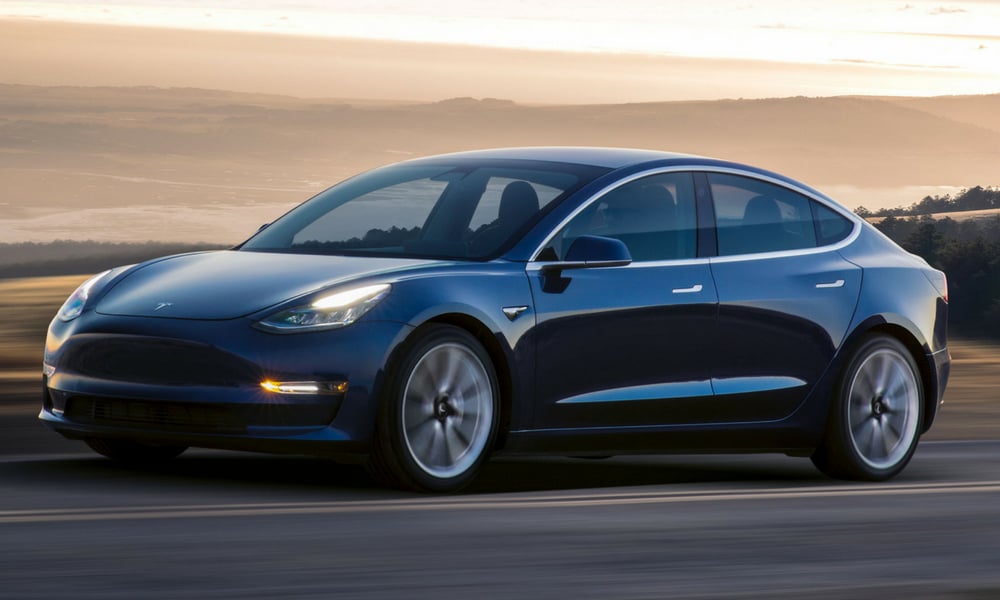 If you buy a Model 3, don’t expect to use Superchargers without paying. Tesla announced the more mainstream EV doesn’t include free Supercharger access, unlike the more expensive Model S and Model X.

This move makes sense since not only because the Model 3 is cheaper, but also because it’s more popular. With hundreds of thousands of reservations, a deluge of Model 3s at Supercharger stations would lead to super long lines and a lot of angry people. However, Tesla recently announced that anyone who orders the Model 3 Performance with a referral code will get free Supercharger access.