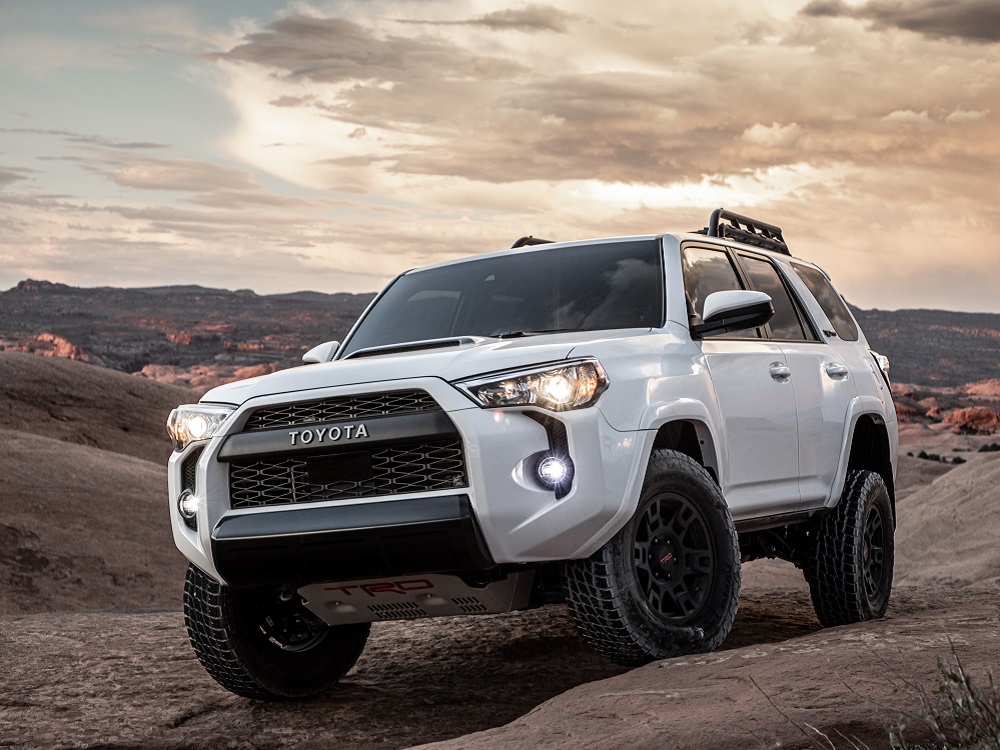 As if Toyota didn’t already have a stellar reputation, a new study shows the brand absolutely dominates for vehicle resale value. According to iSeeCars, the Japanese automaker dominates the top spots for all but performance vehicles, mostly because until recently that was a niche it hasn’t played in for some time.

After surveying 7.7 million new cars for the first five years of ownership, the iSeeCars concluded that Toyota claimed three spots in the top 10 for all vehicles. While the Jeep Wrangler and Wrangler Unlimited topped everything else, the Tacoma, Tundra, and 4Runner claimed spots three through five.

Filtering just for SUVs, Toyota grabbed four out of the top 10, with the 4Runner, RAV4, and Highlander coming in No. 3, No. 4 and No. 5, respectively, after the Wrangler twins. The Land Cruiser landed at No. 9. And while Toyota only sells two pickup trucks, they snagged the top two spots in the top five for that segment, with the Tacoma edging out the Tundra. In fact, the only American pickup to make that list was the Chevrolet Silverado 1500, which was No. 5.

While iSeeCars used “sports cars” for performance vehicles for the final category it measured, only the Nissan 370Z and Mazda Miata were actually sports cars out of those in the top 10, and the landed at No. 9 and No. 10, respectively. The rest were performance vehicles of various stripes, with the Porsche 911 Coupe claiming the top spot, while the convertible version of the GT came in at No. 4. The Nissan GT-R was No. 2, with the Subaru Impreza WRX at No. 3. The Ford Mustang came in at No. 5.

There were a few surprises in this study, but mostly it reinforced previous measures of five-year resale values.