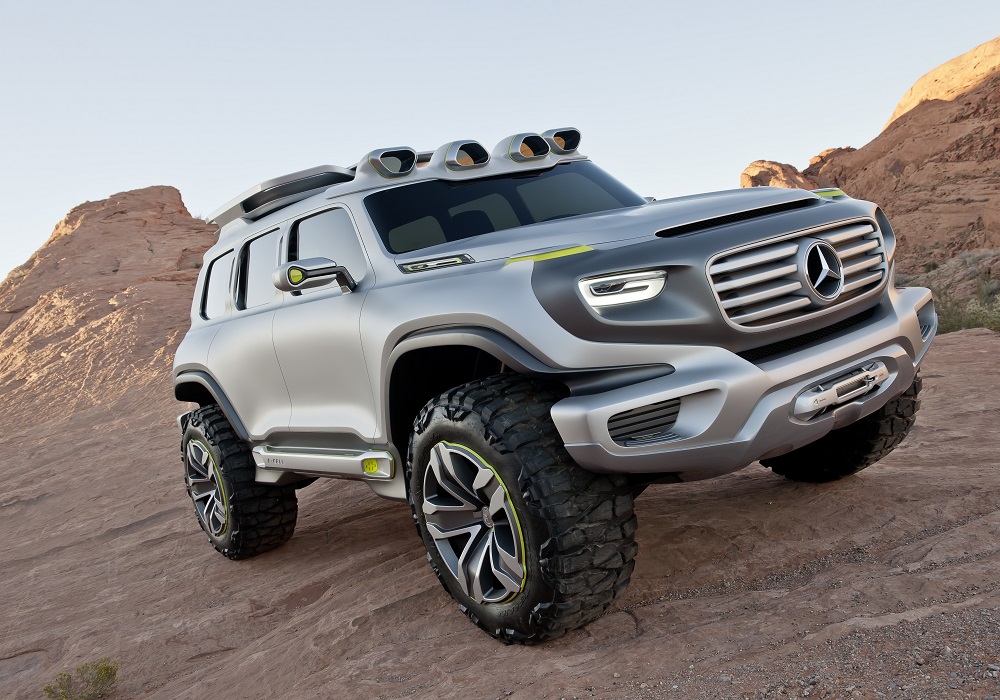 There have been reports of Mercedes-Benz working on small G-Class over the past few years, but they have been just that… reports. Now, according to Autocar, the “baby G-Class” is, in fact, on its way.

In January, Mercedes chairman Dieter Zetsche announced the German automaker would boast eight compact models, and one of those should be a GLB crossover SUV. Apparently Autocar informants caught this new GLB out testing, and they report it looking rather G-Class-like.

Specifically, they told the British auto site that the GLB is closely related to the popular Ener-G-Force concept Mercedes showed off at the 2015 Los Angeles Auto Show (pictured above). With its rugged and boxy looks, this concept was a direct decedent of the legendary G-Class lineup, which means that in production, the GLB will look more like a baby G-Class than a crossover spanning the gap between the GLA and GLC.

Rumors point toward the GLB riding atop the new Modular Front Architecture platform, which also underpins the CLA and GLA. So, unlike the G-Class, the GLB will have a front-wheel-drive platform. I do not, however, expect to see this model with anything but all-wheel drive.

Engine options remain unknown at this point, but signs point toward the global lineup having an array of four-cylinder and diesel engines. Should Mercedes go the AMG route with this model, look for the CLA45’s 375-horsepower 2.0-liter to make an appearance.

We’ll learn more as we near the debut of the GLB, which should come sometime in 2019.