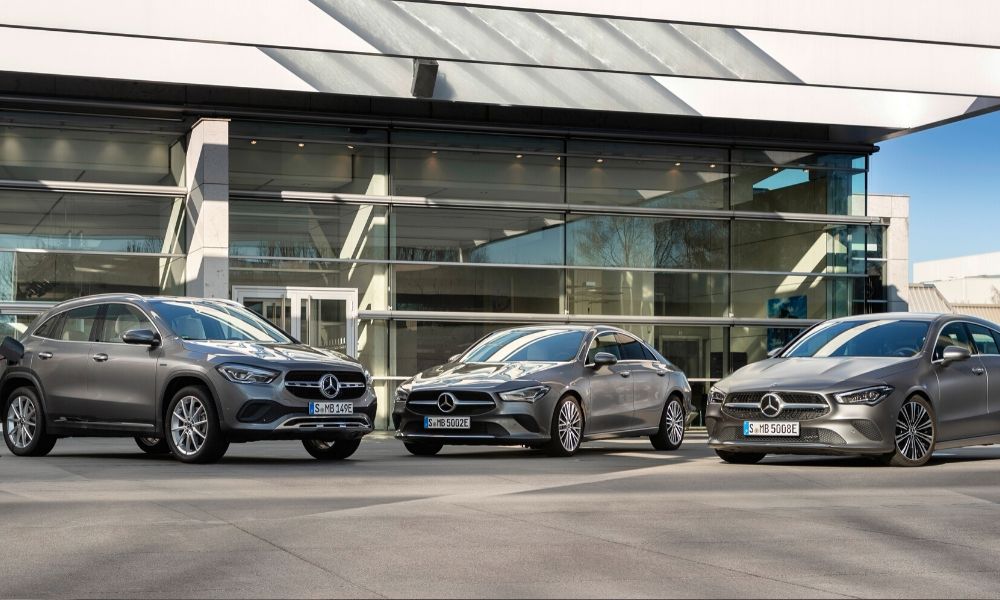 Plenty of cars were revealed last week, despite the canceled Geneva Motor Show, and among them were three new plug-in hybrids from Mercedes-Benz. While not as sexy as the supercars and completely redesigned offerings unveiled to the public, these three demonstrate how the German brand continues to migrate toward electrification.

What’s even more fantastic is that all three of these vehicles should be relatively affordable, especially for anything bearing the three-pointed star. Of course, we’re talking about a CLA coupe, CLA shooting brake, and GLA crossover.

Since all three of these vehicles share the same platform, they also get the same hybrid powertrain. A 1.33-liter four-cylinder engine and an electric motor team up to produce 218 horsepower and about 331 lb.-ft. of torque.

That might sound like underwhelming performance, thanks in no small part to the absolutely tiny gasoline engine, but it might not be so bad. Mercedes says the CLA 250 e can sprint from 0-62 mph in 6.6 seconds. While not super quick that’s also not painstakingly slow. Of course, mashing the pedal like that will kill fuel efficiency but the acceleration performance is there for when you really need it.

Of course, the other bit of information everyone wants to know is range. The 15.6-kWh battery pack can allows the Mercedes-Benz CLA 250 e to travel up to 42 miles using only the electric motor, while the GLA 250 e can go about 38 miles. It’s important to note these figures were generated using the European WLTP testing cycle, which is notorious for inflating range, so expect significantly lower numbers once the EPA crunches them.