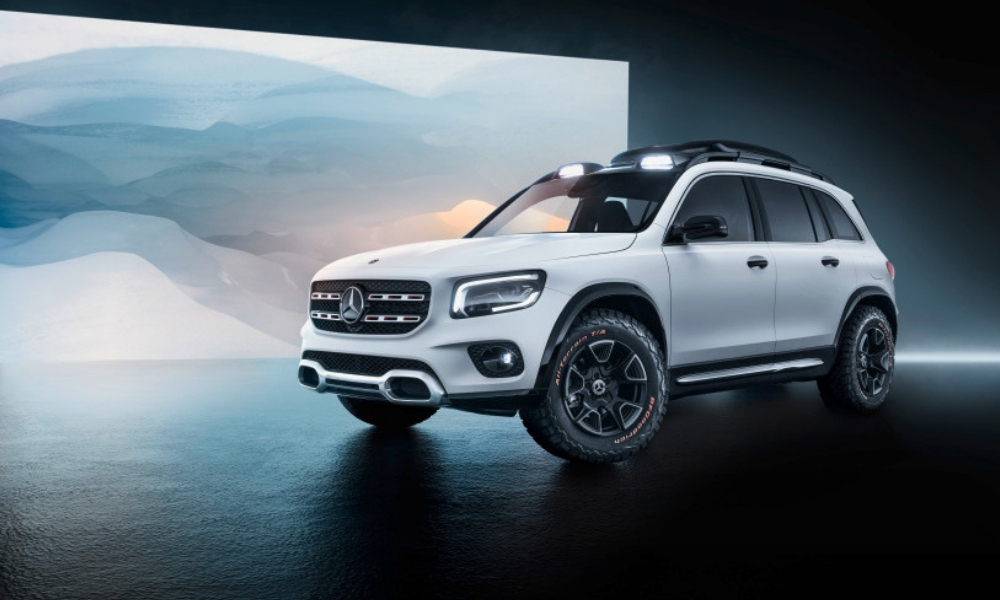 Exploring the possibility of an SUV that would slot between the GLA and GLC, Mercedes-Benz came up with the new Concept GLB. Despite riding on a compact platform, this rough-and-tumble concept can hit serious terrain and has room for up to seven people.

Instead of a sleek design, Mercedes-Benz purposely gave the Concept GLB a more muscular, utilitarian look. It borrows some elements from the G-Wagen, with a little less boxiness, like the snub nose up front and the short overhangs at either end. 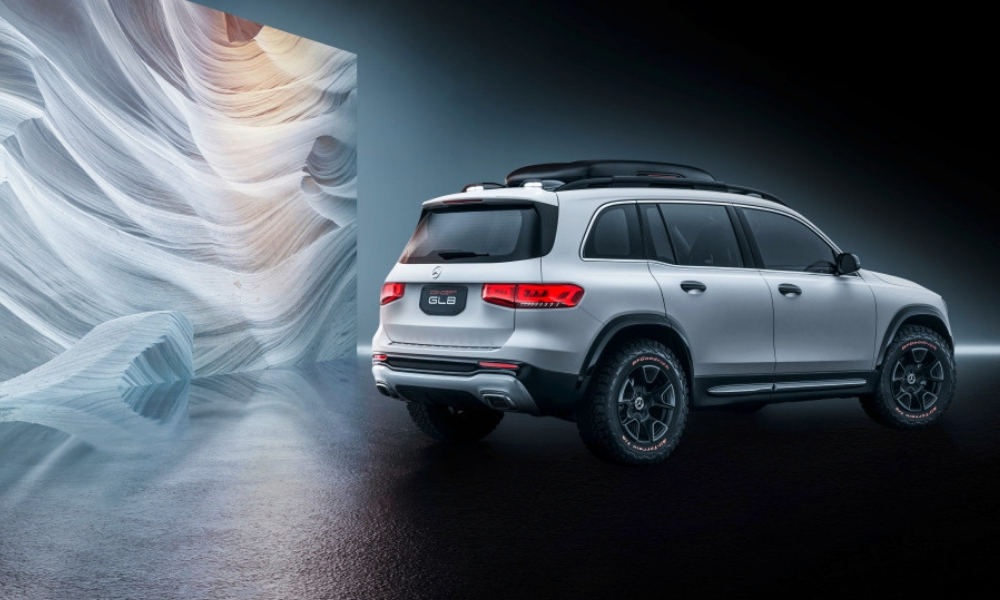 To accentuate the off-road nature of the GLB, Mercedes included a roof rack and two roof-mounted LED spotlights. Because this is a concept vehicle, the SUV’s interior features things like upgraded leather upholstery and open-pore walnut trim. 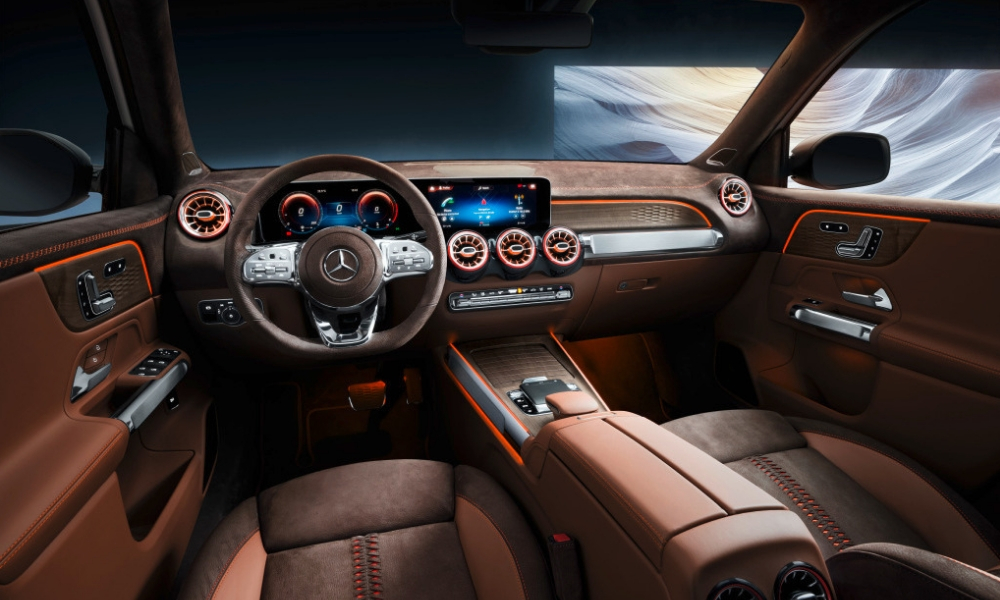 Under the hood is a four-banger putting out 224 horsepower, coupled with a dual-clutch transmission. It’s been engineered for efficiency, so this SUV isn’t exactly a fire-breather. 4Matic all-wheel drive also is included, and it has an off-road setting that uses the clutch as an inter-axle differential lock.

This concept SUV is an obvious ploy to see how people react. Considering the market is tilted so much toward these types of vehicles, expect the GLB to be turned into a production-ready model in the near future.