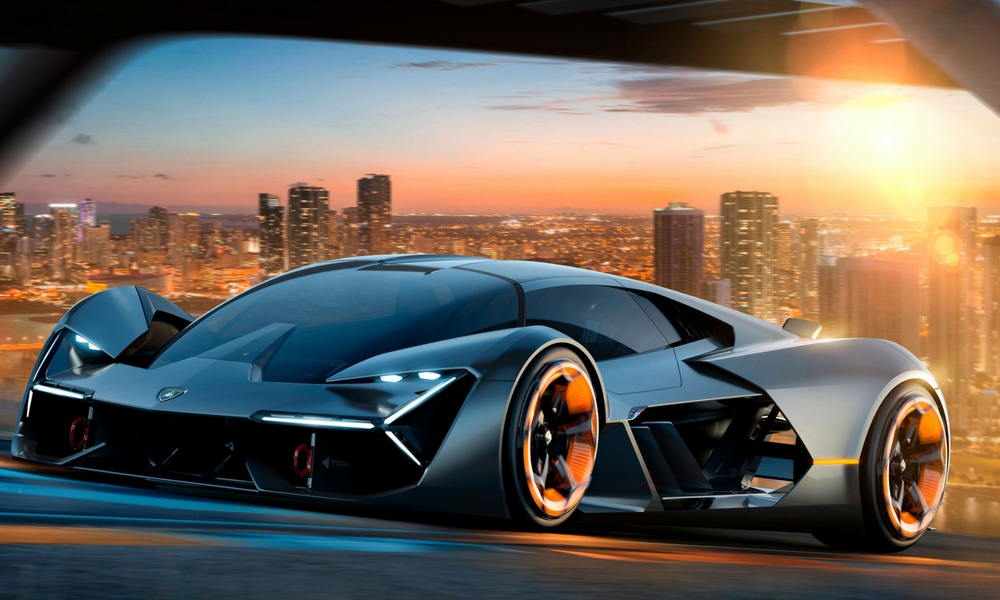 Lamborghini shocked everyone when it revealed the Terzo Millenio, a concept that runs only on electricity. In a fitting setting, the car debuted at the Massachusetts Institute of Technology, where the raging bull worked with two laboratories to create this thing.

One of the big pushes is that the Lambo Terzo Millenio doesn’t use conventional batteries. Instead, it uses supercapacitors, an idea Lamborghini explored with the Aventador V12. It’s an intriguing approach, to say the least. The entire bodyshell is composed of carbon fiber. That’s not so special, but the fact it acts as an energy storage medium is nuts. Essentially, that’s where the electricity stores up. While not in practice right now, Lamborghini aims to make the bodyshell a self-healing system that automatically repairs cracks and other damage. Crazy. If you noticed the wheels look weird, that’s partly because each one contains an integrated electric motor. Translation: the concept has all-wheel drive.

As for the exterior design, the front end is by far the wildest area. The rear looks like pure Lambo, taken up a few notches, but still easily identifiable. This definitely is a concept, and could trigger plenty of revolutionary ideas.