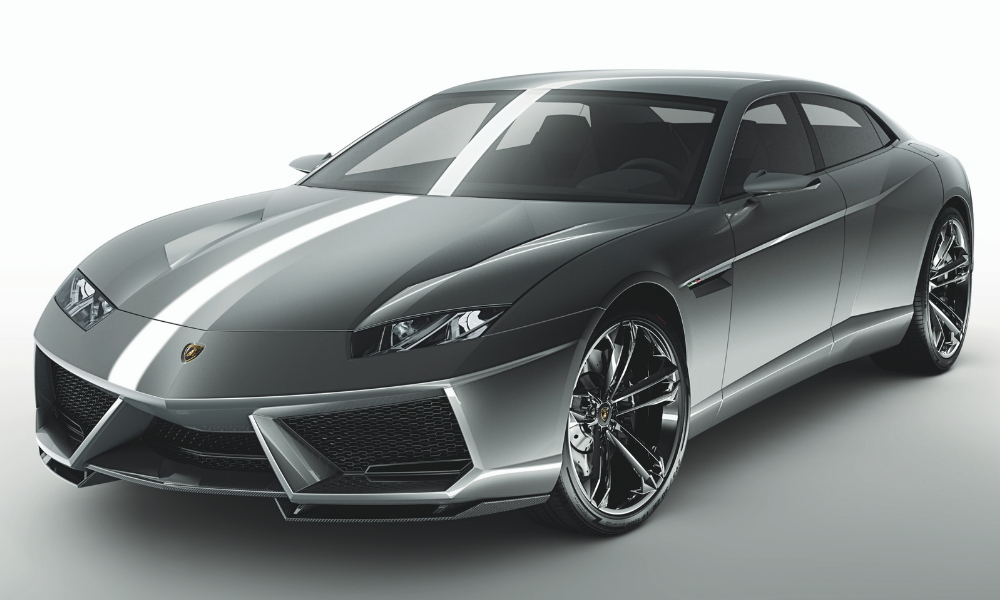 If you haven’t noticed, several previously low-volume automakers have been working on bulking up. It’s a necessary move to survive an increasingly competitive market, and that’s why Lamborghini is looking to add a two-plus-two grand tourer as its fourth model line. This is not just some dirty rumor, but instead is what Lamborghini CEO Stefano Domenicali told Autocar in a recent interview.

This new Lamborghini GT would hopefully be added to the lineup by 2025. The current three lines are the Huracan and Aventador supercars, plus the Urus SUV. Lamborghini is already working on developing the new model line.

As many have pointed out, a number of earlier Lamborghinis had a 2+2 configuration, so anyone who wants to argue this move isn’t keeping in the spirit of the Italian brand should do some research first. There was also the Estoque concept that came out in 2008, a 2+2 that probably would’ve been greenlit for production had a big recession not rippled around the globe.

What we don’t know is how many doors the new Lambo will have. You might just think it will come with four, just like the Porsche Panamera and Aston Martin Rapide, but 2+2 cars can be coupes.

Lamborghini needs sell 8,000 vehicles a year for the 2+2 to be financially feasible, according to Domenicali. Last year the automaker sold 5,750 vehicles, but considering Urus production wasn’t at the capacity it is now, 2018 should be much higher. This is why the prediction of a 2025 release date for the new model line.

Continue Reading
You may also like...
Related Topics:Featured, Lamborghini