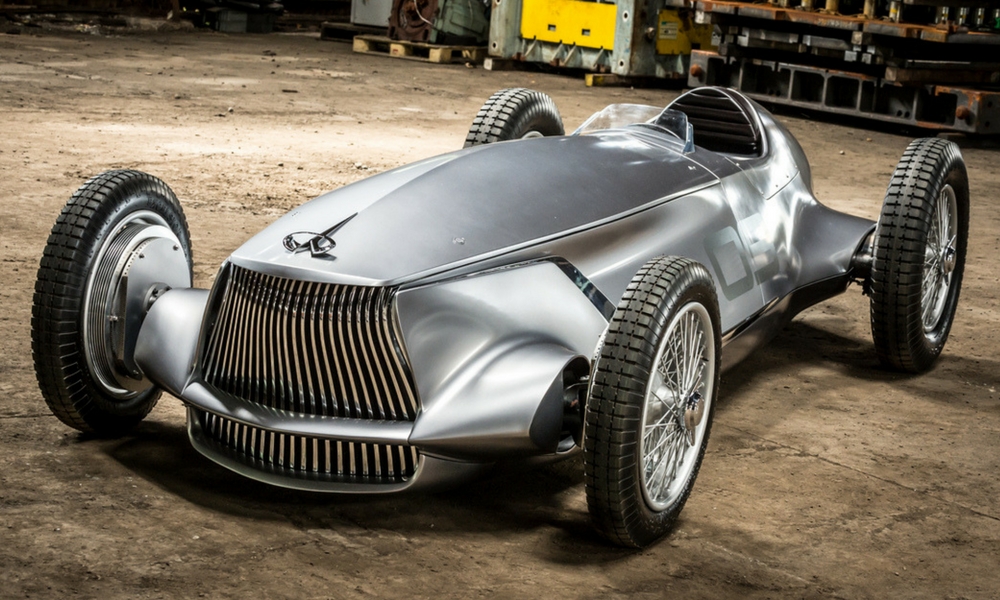 Infiniti, a brand that’s been around almost 30 years, has decided to create a vehicle that looks like it’s straight out of the 1920s. You’d expect that sort of a thing from Mercedes-Benz or other long-time automakers. Someone at Infiniti must’ve thought delivering the unexpected was brilliant.

The Prototype 9 may look like a relic, but what’s under the skin is definitely advanced. A prototype electric motor powers it, paired to an experimental battery. Maybe this exotic mixture of the past and future is like Nissan Motor’s own version of steampunk?

Just as amazing, employees put this thing together on their own time. They believed in the vision enough to toil away on Prototype 9. Infiniti asserts the vehicle is patterned after the Prince R380, which racked up some impressive motorsport victories in 1965 and 1966.

What Infiniti has to do with Prince Motor Co. seem tenuous. Both are from Japan. The old brand was considered premium back in its day. Infiniti claims it’s premium as well, but I know not everyone will agree.

Premium or not, Infiniti has made a pretty cool one-off vehicle.