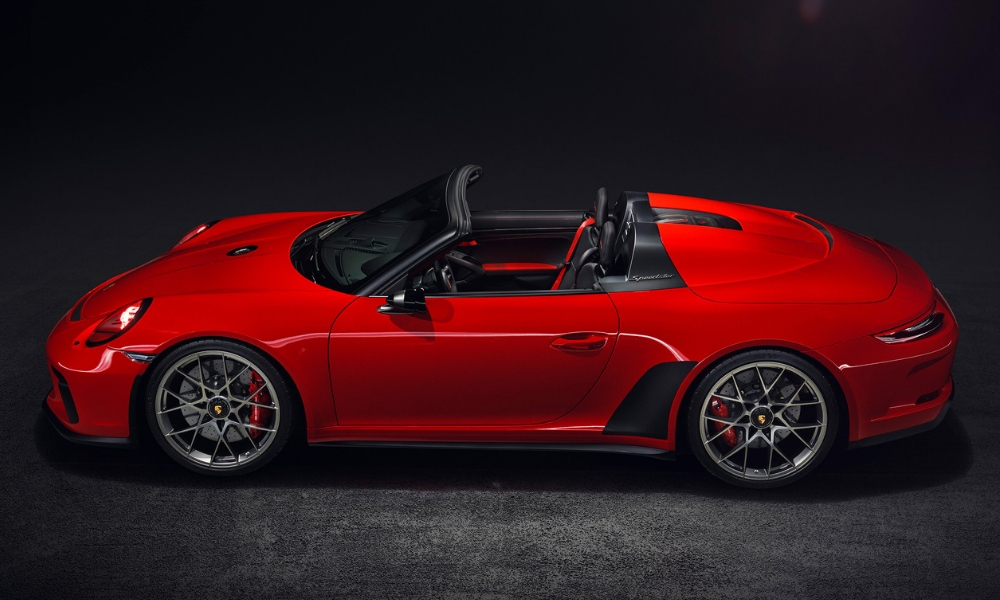 To give the 991 a proper sendoff, Porsche announced it will make 1,948 Speedster 911s. It’s a Porsche tradition to keep bringing back the open-top two-seater version of its famous rear-wheel-drive, rear-engine GT.

Porsche showed off another concept of the new Speedster in Paris, only this time we all know it’s not just for fun. The concept wears 21-inch center-lock wheels and tinted daytime running lights, both obvious tributes to Porsche’s race cars.

Of course, the concept Speedster has a dual-hump rear, otherwise it wouldn’t be worthy of the Speedster name. The windshield is lower. Guards Red paint, a black and red interior color scheme, a fuel filler on the hood, and circular Talbot side mirrors complete the look.

According to Porsche, the new 911 Speedster will use a flat-six engine without forced induction. Peak output will be over 500 horsepower, while the redline will be a lofty 9,000 rpm. It’s possible the car will use the same engine as the current GT3, but that’s speculation.

We won’t have to wait long to see the new 911 Speedster in showrooms. It goes into production next year. Shoppers will be able to add Heritage Design Packages.