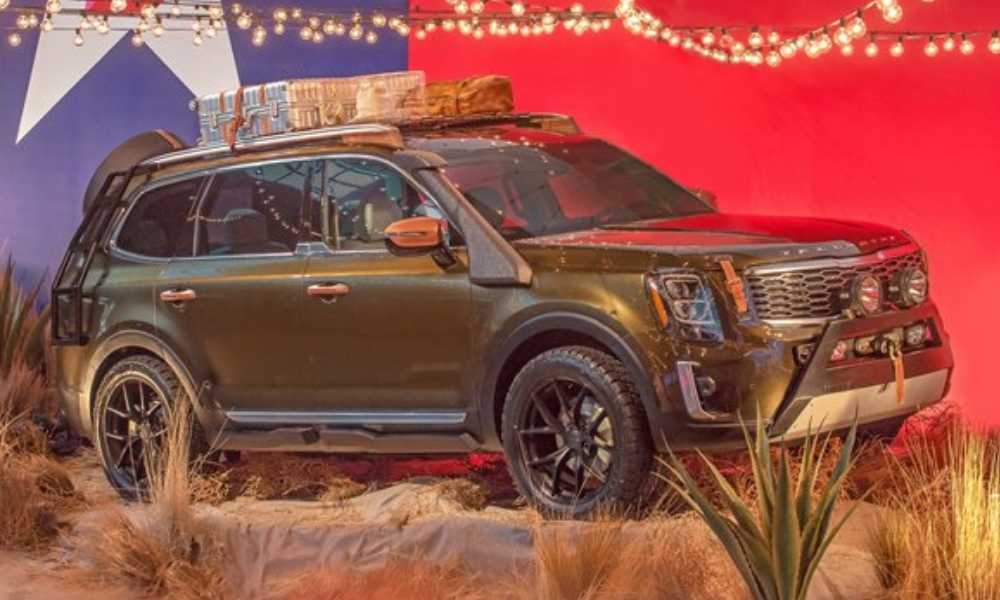 Kia showed up at SEMA with several vehicles, including five different customized Tellurides. One was the version of the SUV we saw at New York Fashion Week. The other four helped demonstrate how you can turn the family vehicle into an off-road rig. 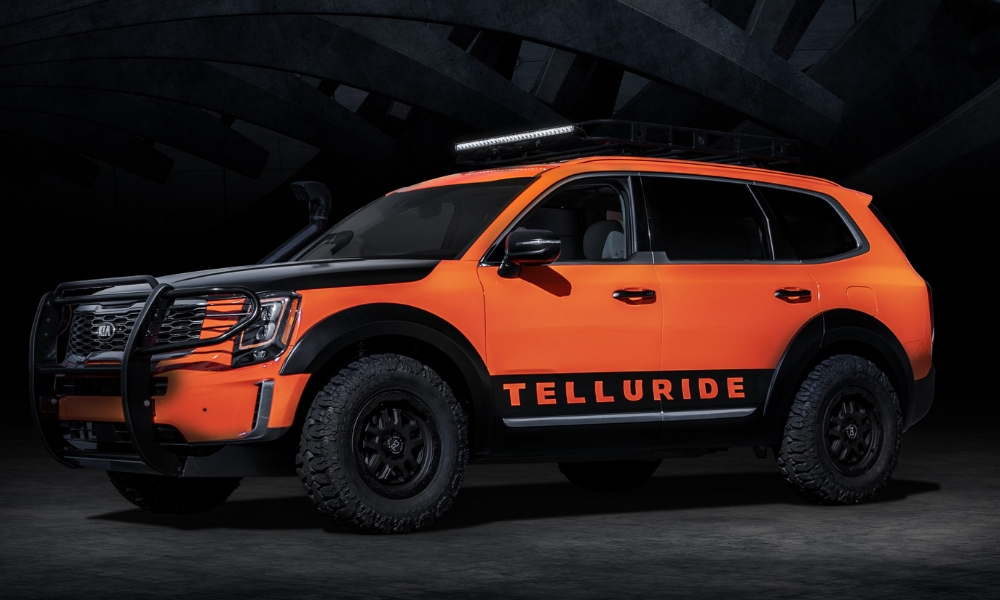 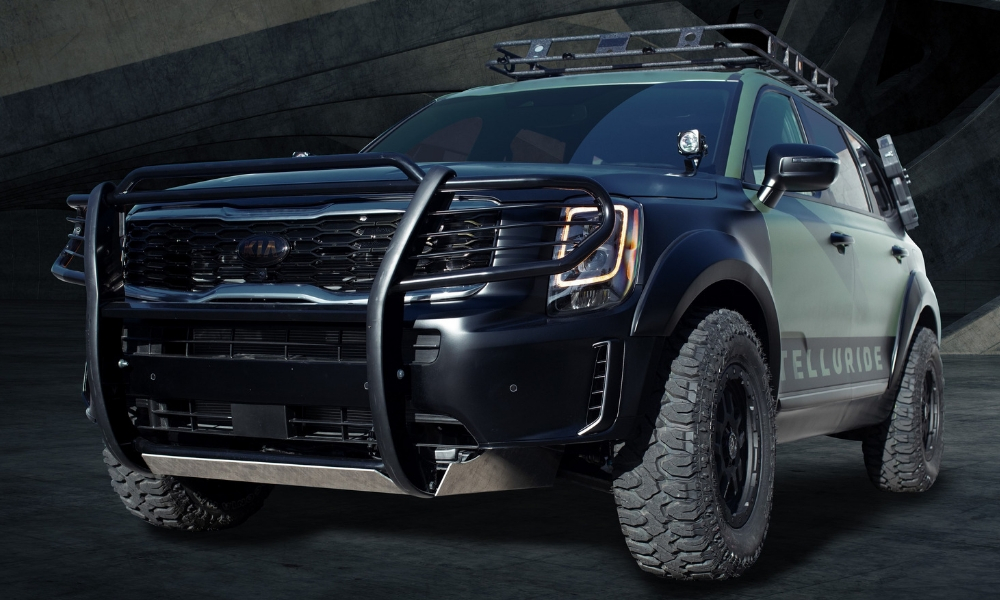 Supposedly the Kia Telluride Cadet Leader has been modified for trailblazing, something you really shouldn’t do in most areas for safety and conservation reasons. Apparently, that’s why this concept has a Flat Military Green and Black paint job, RotopaX gas can carriers for the rear quarter panels, skid plate, blush guard, and rear tube bumper/skid plate. Amber Halo LED lights and the same wheels/tires as the previous concept complete the look. 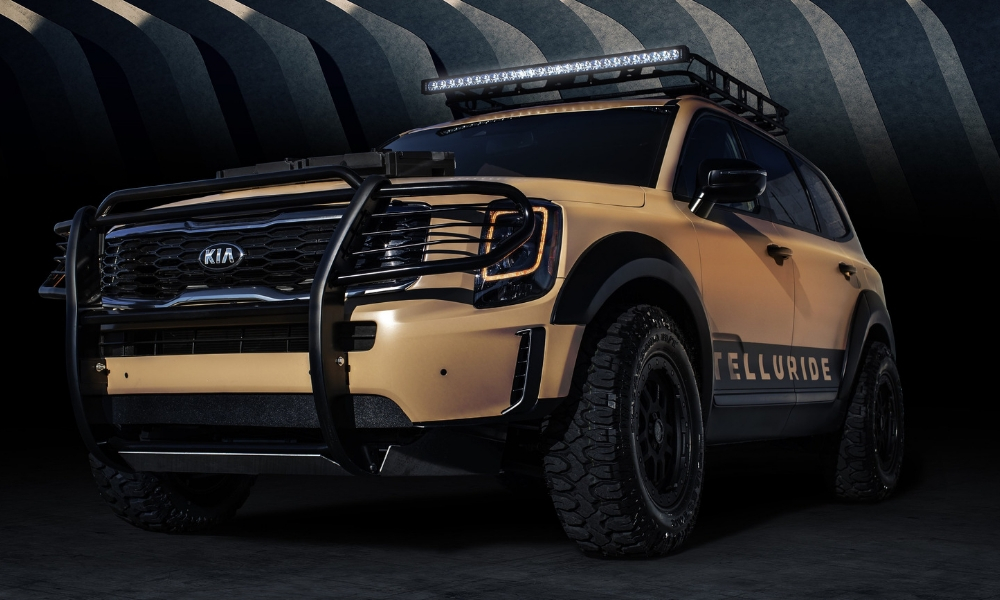 Popular off-road trails by Las Vegas were inspiration for the Telluride Desert Drifter. Its Desert Military Tan and Black paint helps the SUV blend in. It puts RotopaX carriers on the hood and has pretty much all the same mods as the Cadet Leader. 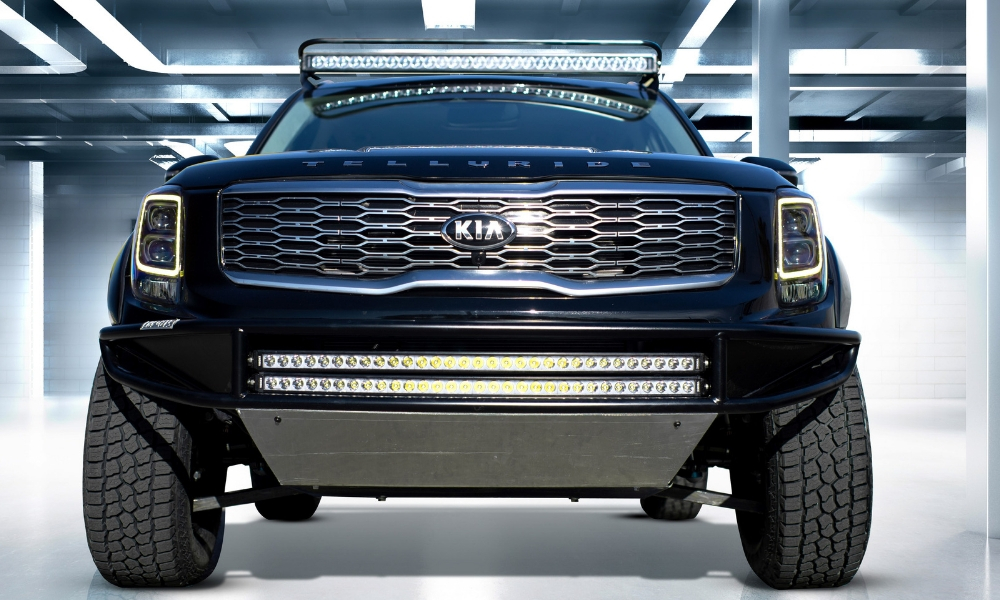 Finally, Kia leans on racing legend with the Telluride Baja Glider, but without credibility from entering the SUV in any of the storied competitions. The three-row family hauler kind of looks the part with a forged tube front bumper with skid plate, the same thing in the rear, curved LED light bar on the lower front fascia, roof-mounted LED light bar, and the same wheel/tire setup as the other concepts. If Kia actually enters this thing into the Baja 500 or 1000 that would actually be impressive, but it likely will never happen.