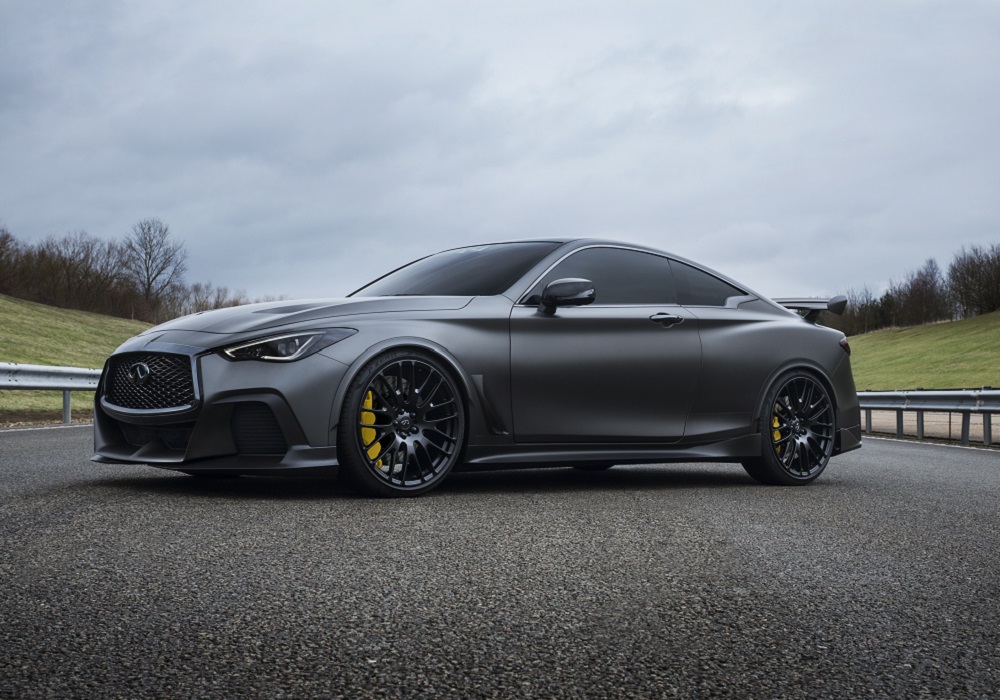 Infiniti’s last attempt at a performance lineup, the IPL, was not up to snuff with the likes of BMW’s M, Mercedes-AMG, or Audi’s RS lineup. It left much to be desired. Now, the Japanese automaker is thinking about revisiting a dedicated performance lineup, and it previewed this lineup with a concept version of the Q60 in Geneva.

Dubbed the Q60 Project Black S, this coupe has what looks to be the performance credentials to compete with the big boys. Front and center is the powertrain, which features Infiniti’s new 3.0-liter twin-turbo V-6 engine and an F1-inspired energy recovery system (ERS), like in the LaFerrari. While Infiniti was stingy with possible power numbers, it did mention the ERS could push the 3.0-liter’s power up by 25 percent. Considering this engine is capable of 400 horsepower (in the Red Sport models), this would put it at 500 horsepower.

In addition to its power, this concept also looks the part of a real performer. It features a matte-gray and -black paintjob with gloss-black trim in place of all the chrome on the base Q60. There is also a slew of carbon-fiber to help lighten things up a bit while also enhancing performance. The carbon pieces include the front splitter, rear diffuser, fenders, side skirts, aero blades ahead of the rear wheels, and the rear spoiler. Also new are the enlarged air vents on the front end for additional engine cooling and new hood vents to suck out heat. The final touches are lightweight 21-inch aluminum-alloy wheels swallowed by wheel arch extensions.

For now, this is just a concept model focused on learning just how interested Infiniti buyers would be in a true performance model. I am willing to bet we see a production version of this crazy rig soon. Stay tuned.