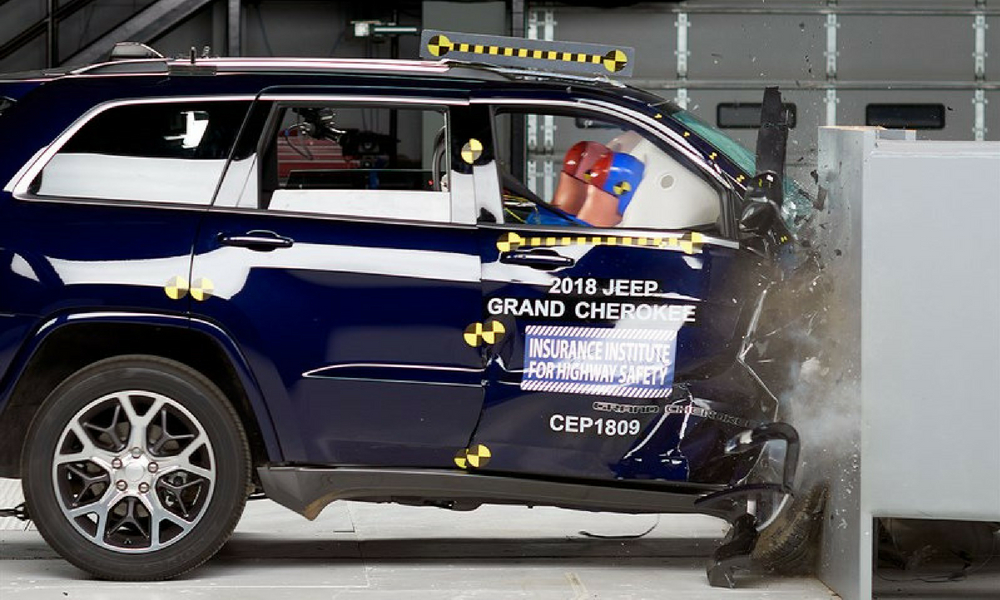 Many people just assume SUVs are safe because they’re big and heavy. Maybe that’s one of the reasons why SUV sales are surging. But, the Insurance Institute for Highway Safety (IIHS) did passenger-side frontal offset tests of midsize SUVs, uncovering some concerning safety flaws.

IIHS started doing driver-side frontal offset tests a few years ago. Some automakers responded by reinforcing that side of the vehicle, but not the passenger side. IIHS noticed that, and so now it tests both.

You probably don’t want to ride shotgun in the 2018 Ford Explorer. IIHS found that the vehicle structure collapsed over a foot toward the passenger area, making it more likely you’d be injured and trapped in the SUV. The 2018 Jeep Grand Cherokee’s structure also didn’t hold up, and the dummy’s head pushed through the deployed airbag, hitting the dashboard hard. The passenger door opened up and the side airbag didn’t even deploy, so the passenger could then be thrown partway or completely from the SUV. Scary.

According to IIHS, the Toyota Highlander, Honda Pilot, and Nissan Pathfinder all did okay in testing. In other words, there was room for improvement, but they weren’t horrible.

The shining stars of this round of testing was the 2019 Kia Sorento, which was recently redesigned, plus the GMC Acadia and Volkswagen Atlas.