Driving on the road should mean you know the rules and laws that govern operating a vehicle. While you might think you have it all down, the reality is some obscure, downright weird traffic laws are on the books in different parts of the United States. Just because you know that red means stop and green means go doesn’t necessarily mean you won’t pick up a citation from a cop eager to make quota. 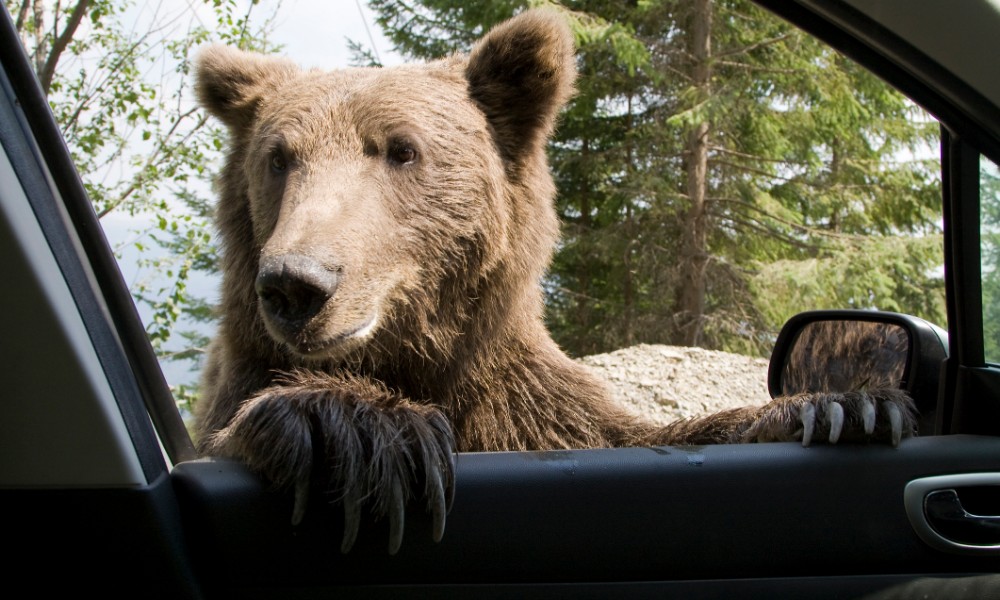 The state of Missouri sure is big on controlling what you can do in your car, because the state bans driving with an uncaged bear in your vehicle. What are you to do with all the hitchhiking bears needing a lift to St. Louis?

While you could drive around with a bear cage on hand just in case, the best policy is to just leave nature be and keep driving.

Take to the Sidewalks 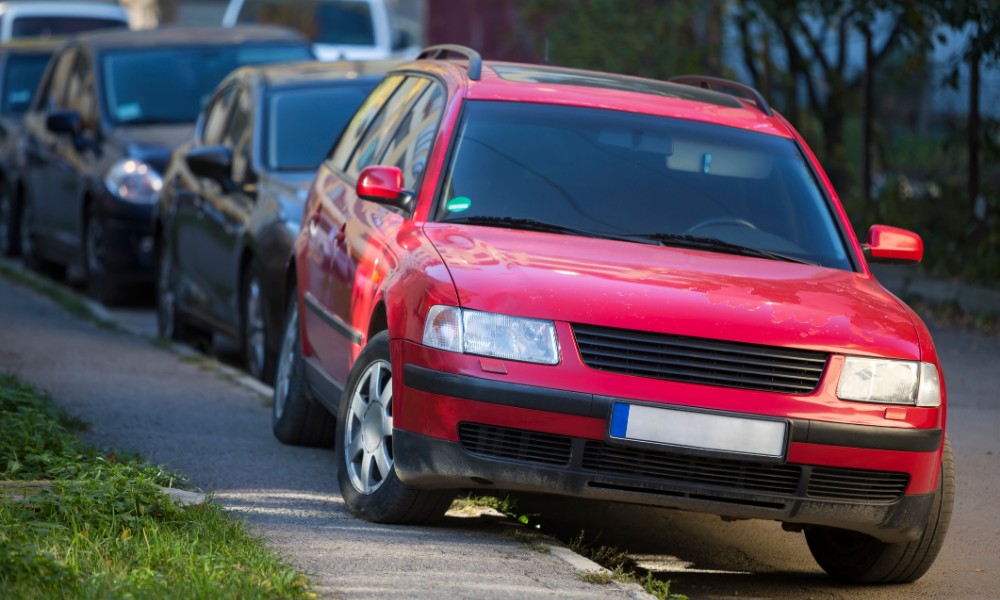 You know those chase scenes in movies where they drive up on sidewalks to ditch the pursuing car? Apparently in Oregon you can actually drive on sidewalks, although it’s probably not like in the movies.

Instead of making frightened pedestrians jump out of the way, you’re supposed to shout at them as a warning. Seems fair, right? While the law exists, you shouldn’t try this one out since it will most likely end badly. 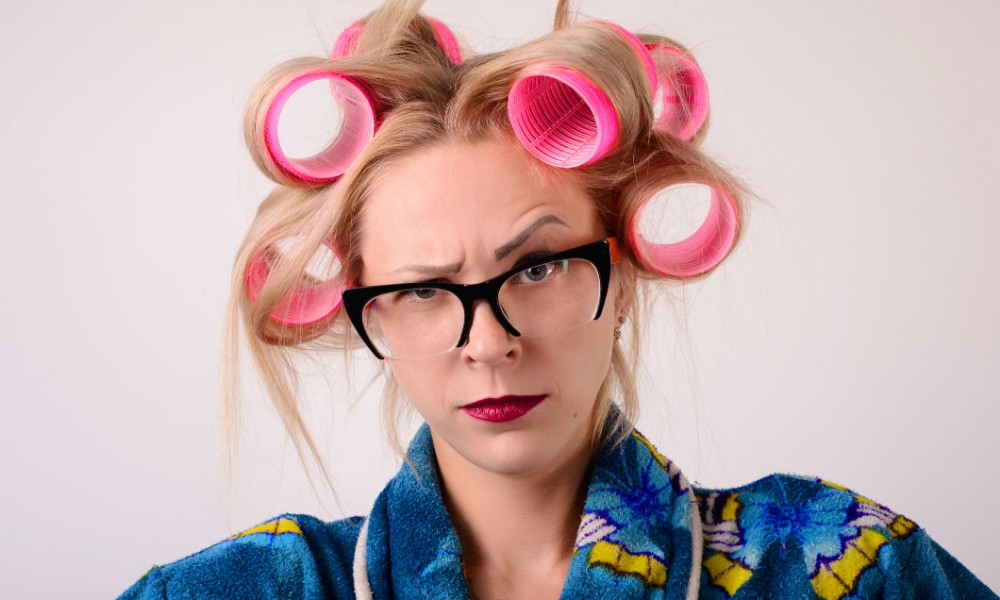 While in many states there are laws against nudity inside cars, California goes a little further and bans women from driving whilst wearing a bathrobe. That sounds old-fashioned and hilarious, because it absolutely is, but for reasons nobody seems to understand, this old law hasn’t been removed from the books.

Just remember, if you’re a woman in California and you have to get your kids to school but haven’t gotten dressed yet, you’ll have to let your husband drive in his bathrobe, because that’s not illegal. 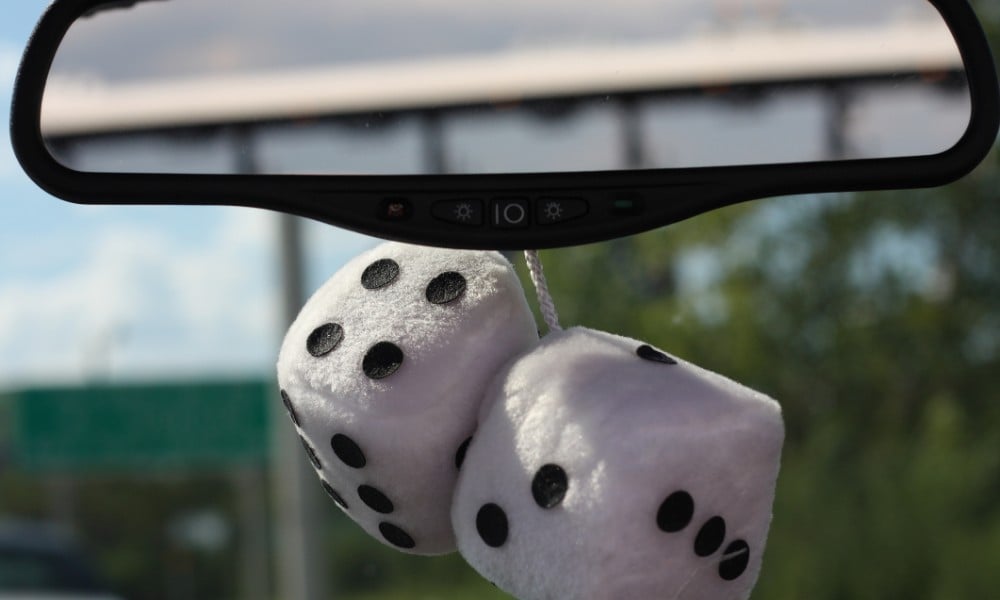 In New Jersey you can’t have items hanging off your rearview mirror that will obstruct your view. That would include fuzzy dice, Mardi Gras beads, graduation tassels, flower leis, or whatever else you think looks cool.

It’s worth noting that this violation alone allows a cop in the Garden State to pull you over. From there, you can be cited for even bigger things. Oh, and Illinois has a similar law on the books, so be careful.

Getting Hitched is Easy 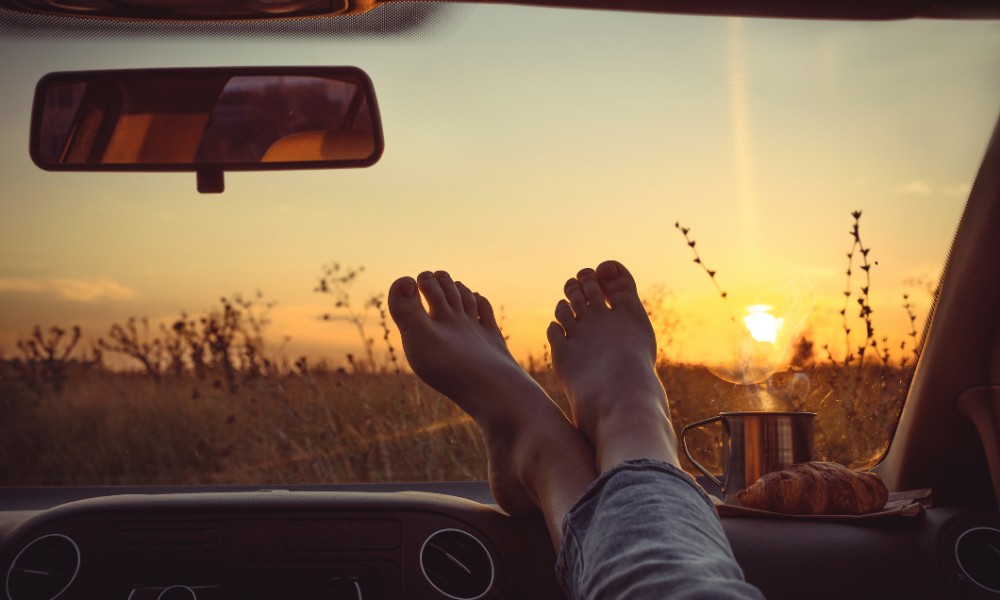 You better watch your foot attire or lack thereof in the great state of Mississippi. An obviously outdated law states that if you ride in a vehicle with a member of the opposite sex and both of you are barefoot, you are hitherto considered legally married. That’s a cheap ceremony!

So next time you’re in the car with your sister, please for the love of all that’s decent, wear some shoes. 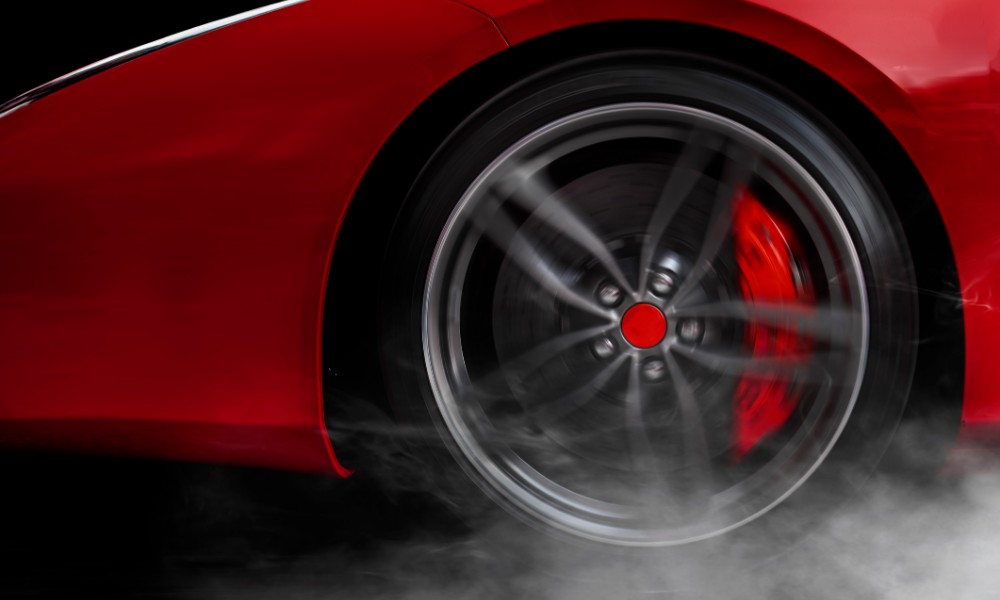 If you’re driving in Kansas, be careful about any kind of wheel spin. It’s actually illegal to spin your wheels or squeal the tires on a car, even just a little bit. With someone learning to drive stick, they probably break this law constantly, but the police might still give them a citation, which can include a fine and possible jail time. Yikes.

That’s not all the law bans in Kansas. In certain parts of the state you also can’t hit the brakes and slide at all, unless there’s a good reason. The laws also ban simulating a “temporary race.” So pretty much there will be no fun in Kansas, Toto.

A Whale of a Time 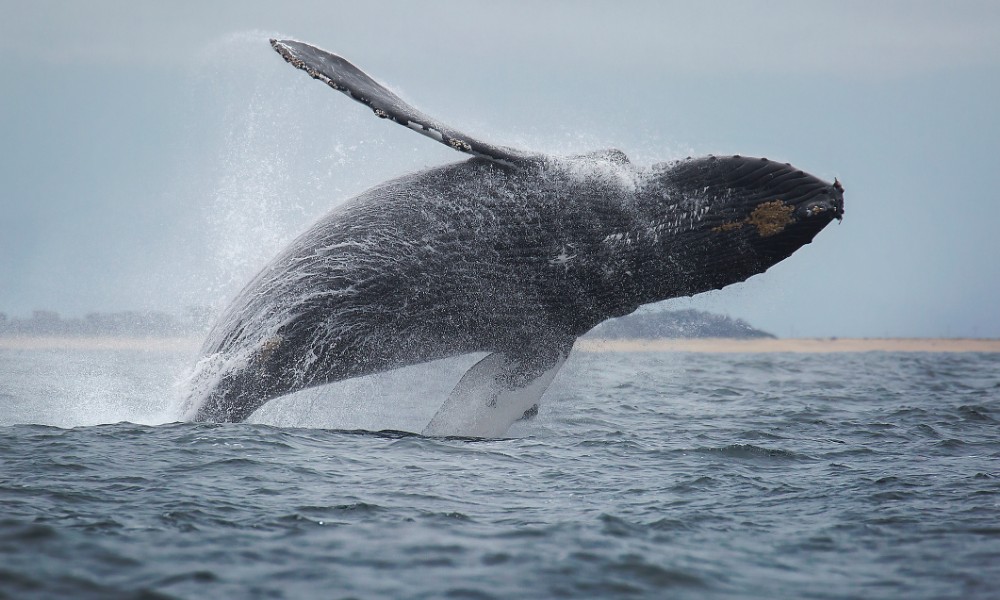 Even more interesting, there’s one animal you can shoot from a moving vehicle: whales. You’re protected if you want to finally play Captain Ahab. 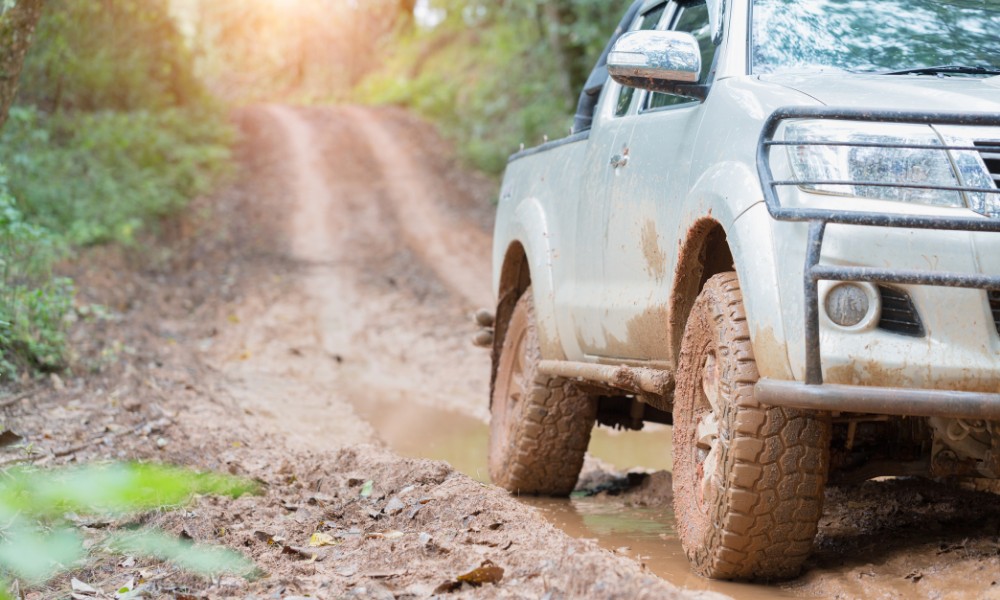 You better watch the cleanliness of your vehicle’s tires if you’re driving through Minnetonka, Minn., a suburb of Minneapolis. The law bans any vehicle tires that would “deposit mud, dirt, sticky substances, litter, or other material” on the road, whether it’s a residential street, highway, or anything in between.

Apparently, the powers-that-be in Minnetonka literally want to clean up the streets and keep them that way, and they’re not relying on Batman to do the job. Not having your tires leave dirt or mud on the road during the winter would be especially difficult, but there’s no real indication just how strictly this law is enforced. As for “sticky substances” and garbage, that seems like a no-brainer: you just shouldn’t let those get all over the place. But dirt? That’s why cities run street sweepers. 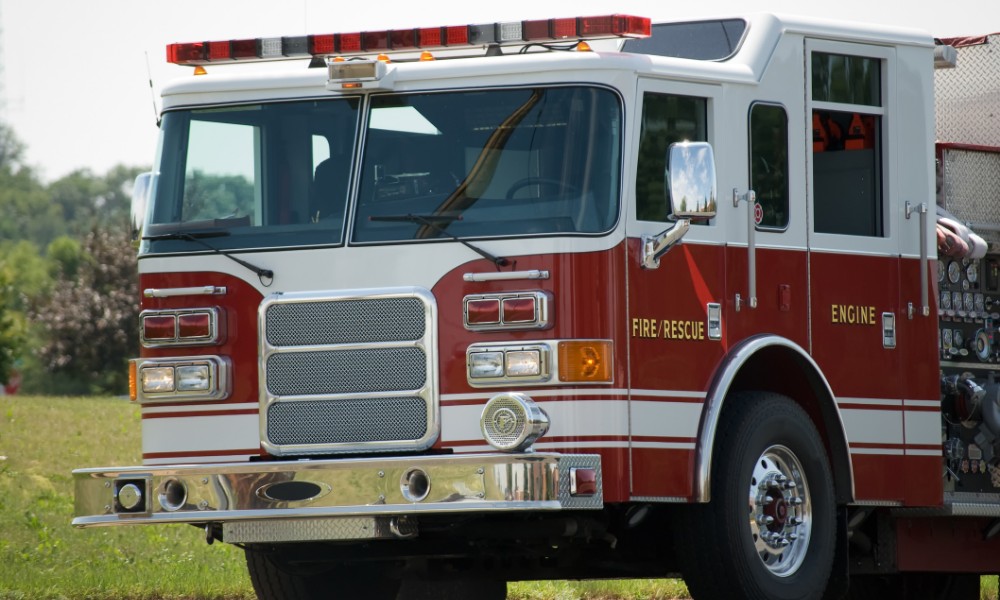 If your house catches on fire in New Britain, Conn., you must practice some serious patience. Local laws don’t allow fire trucks to exceed 25 mph ever, even when responding to an emergency. All those lights and sirens apparently aren’t enough to keep everyone safe, so the large red trucks have to travel slowly. Hopefully your house is still standing by the time firefighters arrive.

No Wheel, No Drive 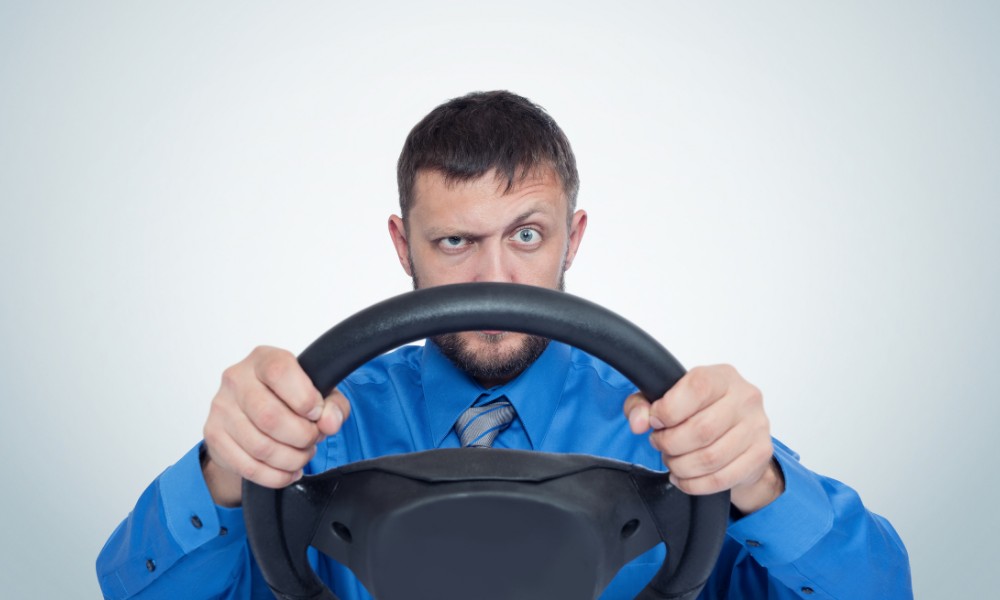 You might think it’s common sense that if your car doesn’t have a steering wheel installed, you shouldn’t drive it down the road. Apparently, the government in Decatur, Ill., thought maybe people there wouldn’t know this, so it made the activity illegal.

This has to be one of the most ridiculous traffic laws in the United States. Even if you have a quick release wheel installed in your car, trying to drive without it installed is about as dumb as getting in a gasoline fight with your friends. 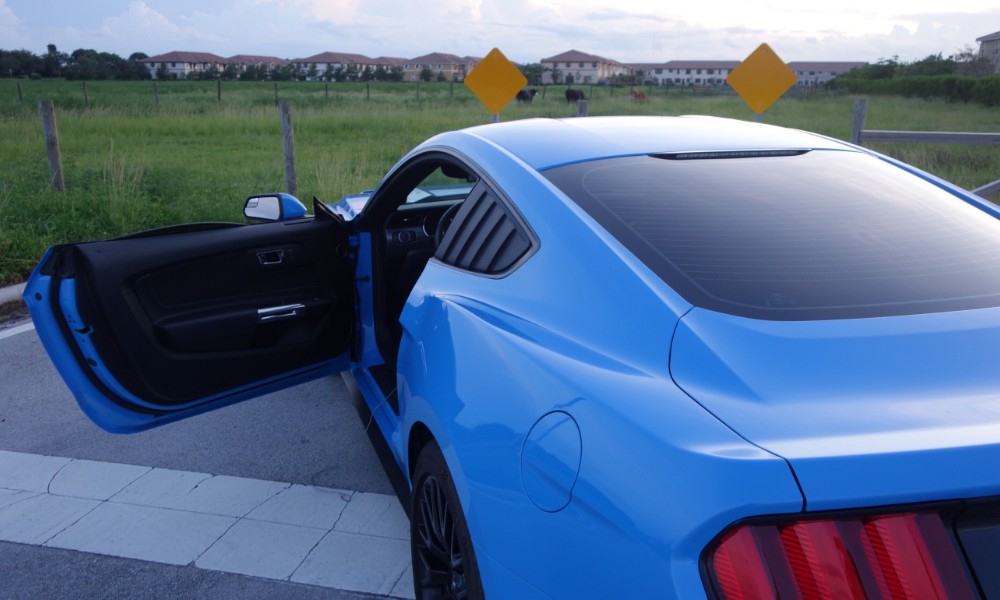 Oregon has a law prohibiting leaving your car door open too long. That might sound crazy, but if you leave your vehicle door open on the side of traffic, you could be facing a fine and jail time.

The legal time allotted is no “longer than necessary to load or unload passengers.” That leaves things a little vague, because some people can get in and out of a vehicle in a hurry, while others who are disabled or elderly might need far more time for the task.

What this law does protect against is people who just leave their car door open while they sit inside and fool around on their phone or whatever, blocking a bike lane or causing cars to veer into the oncoming lane of traffic. It also applies if your open door blocks part of the sidewalk, making pedestrians step around it. The fact there needs to be a law to remind people to be courteous is actually pretty sad. 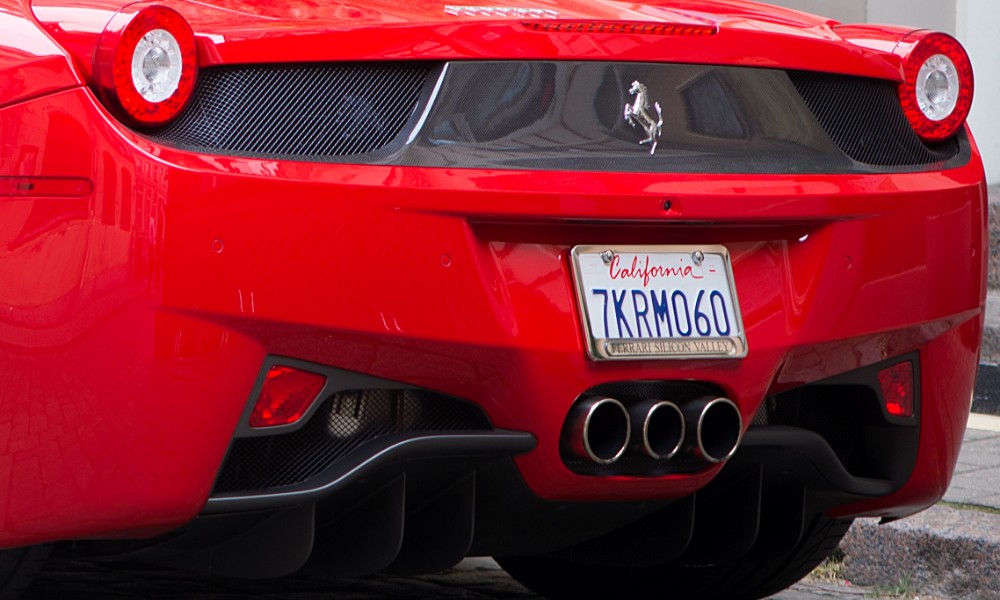 California recently passed a law that restricts the noise level a car’s exhaust can make. Yep, that’s right, you could face a stiff penalty if your exhaust is too loud, especially if there’s no muffler or you have modified the exhaust to allow the removal or bypass of the muffler. It’s all about keeping it down for your neighbors.

For vehicles weighing under 6,000 pounds, the allowable sound level from the exhaust is 95 decibels or less. That means if you plan on living in or driving through the Golden State, you might want to skip that straight-pipe aftermarket exhaust. The fine for violating this law can be over $1,000. 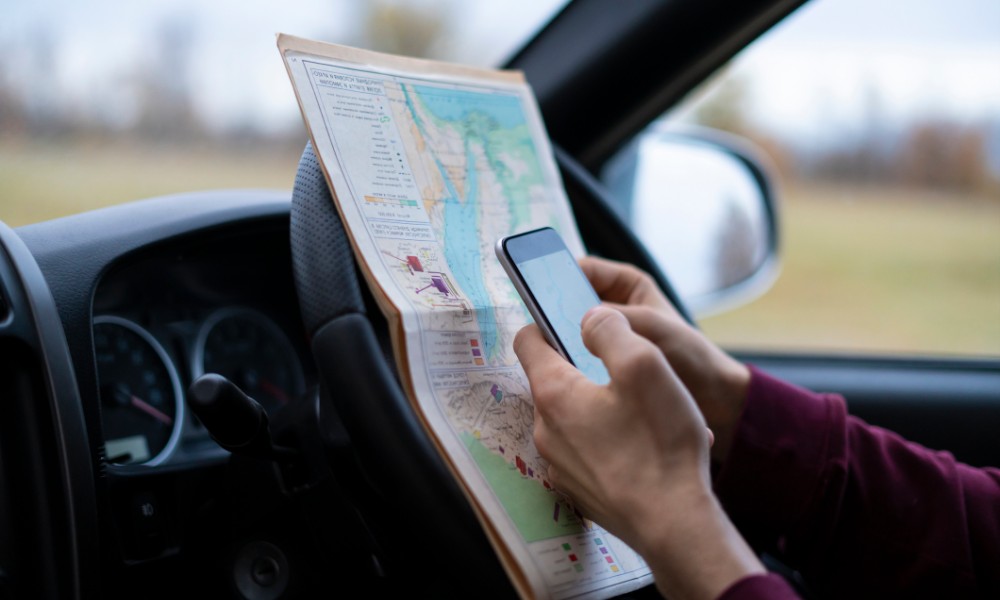 If you’re in Westminster, Colo., you better know where you’re going if you’re out between the hours of 9 p.m. and 4 a.m. The local law bans driving past the same traffic control point three times in the same direction within a three-hour period.

Presumably, this law was designed to combat cruising, a relic of the past now that everyone can just get on Snapchat. If you’re not from Westminster and are trying to find the way and get lost, you just might pick up a nice citation from a local police officer.

And don’t even think about the risk you’re taking by delivering pizzas in Westminster, because doing your job might not be good enough reason for engaging in such scofflaw activities.

Hands Off My Horn 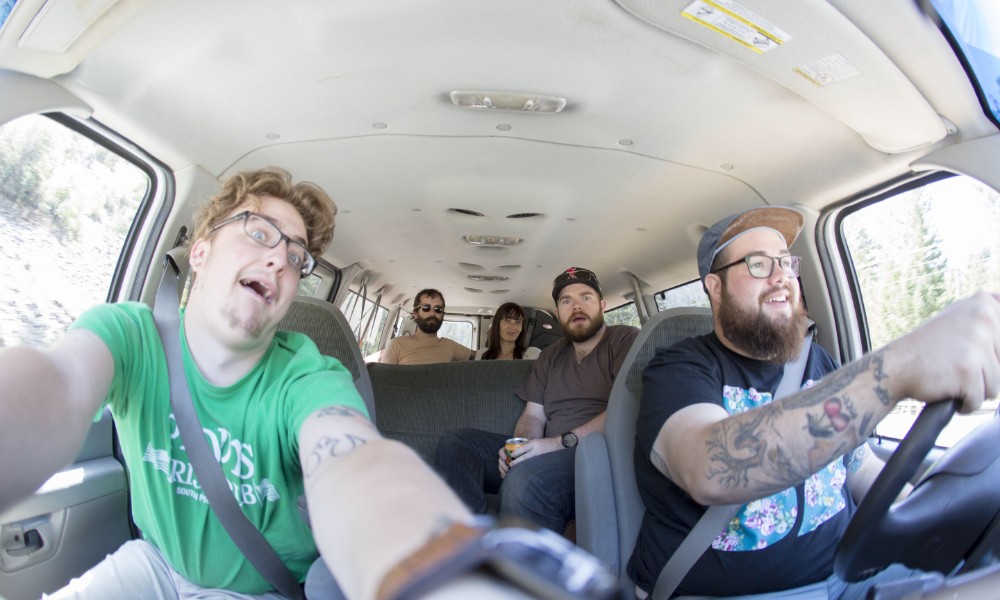 You best be careful about honking a car horn in University City, Mo. If it’s not yours, you may be cited and fined. Take that front passengers who like to reach over and honk the horn for the driver!

More specifically, you need to have the permission of the car owner to honk the horn legally. Same goes for touching any of the controls, which hopefully includes the radio. 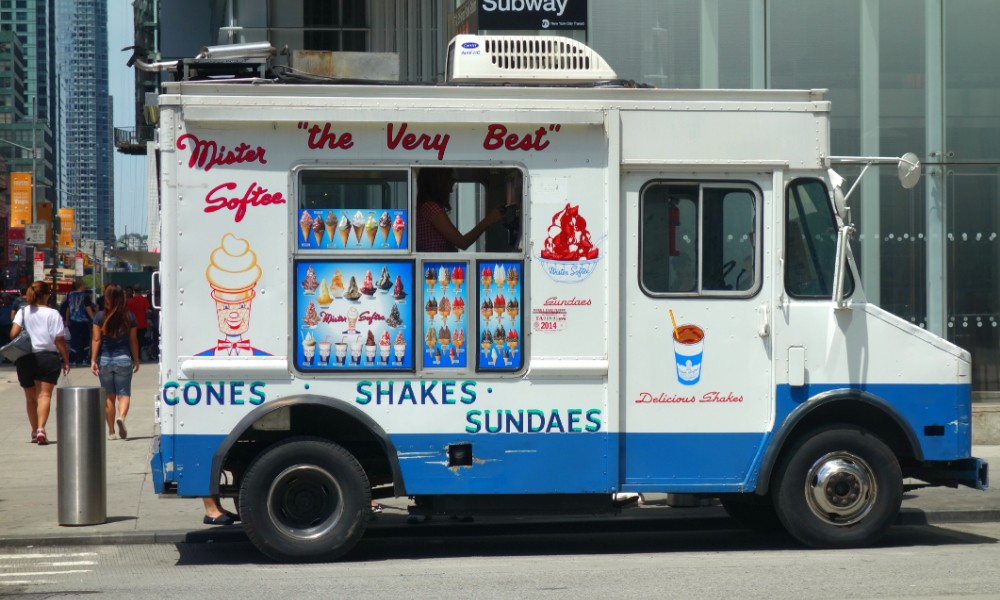 If you’re in New York and want to buy some ice cream from one of the many trucks, it must be “lawfully parked and stopped” or the transaction can’t legally take place. That means even as you’re stuck in a horrendous traffic jam, there’s no buying a Dilly bar or chocolate cone, unless you want to get sideways with the law.

Fido is Not Luggage 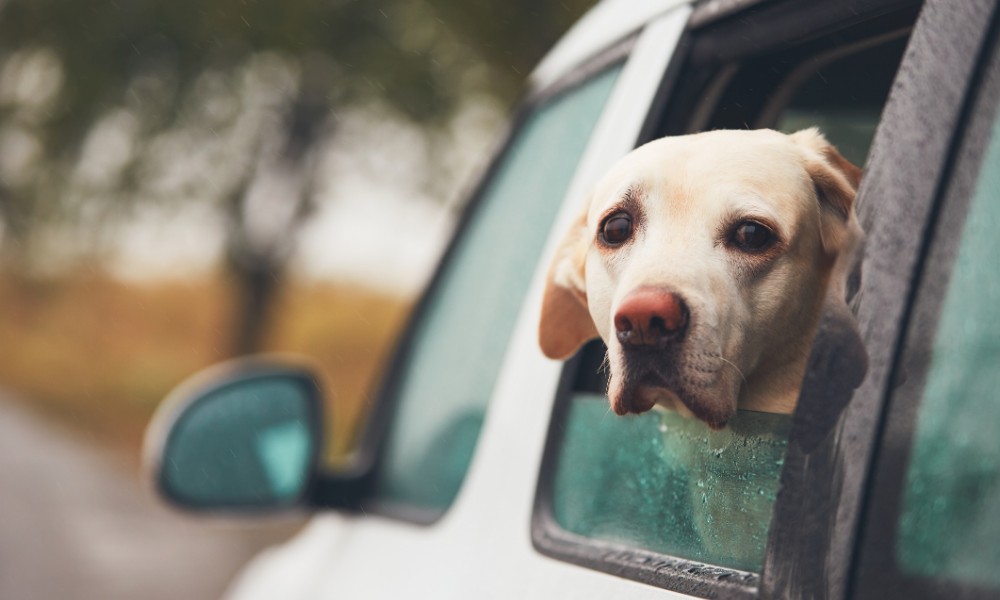 In Alaska it’s illegal to tie your dog to the roof of your car. It might sound insane to have such a law, but remember presidential hopeful Mitt Romney actually did this with the family pooch, so apparently some people would otherwise think tying Fido to the roof rack is just fine.

Continue Reading
You may also like...
Related Topics:Car Safety, Safety