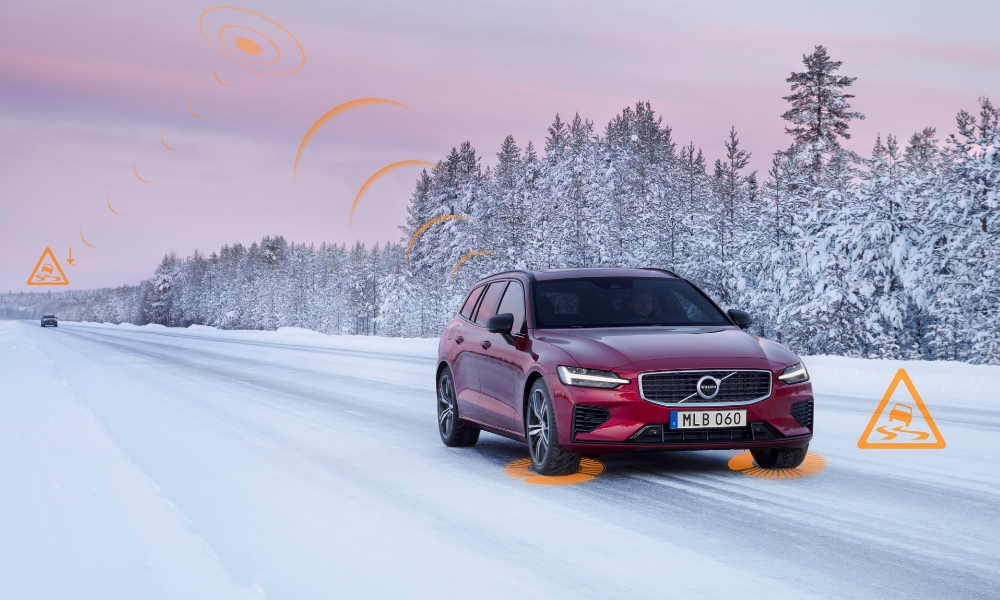 For years, automakers and tech companies have talked about using V2V or vehicle-to-vehicle connectivity to improve safety on roads. Volvo recently announced it has a solution ready for the European market, and it sounds intriguing.

Hazard Light Alert and Slippery Road Alert isn’t exactly a catchy name, but it’s a system that allows Volvos to communicate with each other about slippery sections of road and other hazards. The network is cloud-based, connecting vehicles with each other over long distances. Before, the service was only offered in Norway and Sweden, but it will launch for the rest of Europe next week.

All 2020 model year Volvos will have the ability to use Hazard Light Alert and Slippery Road Alert. Some earlier models will be able to access the service through a retrofit.

The hope is that these safety warnings will allow Volvo drivers to adjust their driving speed before they encounter road hazards. As you might recall, Volvo has a campaign to reduce serious accidents in its cars, and the Swedish automaker is pulling out all the stops to achieve that goal. It has already announced that the top speed of new Volvos will be limited, citing speed as a lethal factor on roads around the world. In addition, in-car cameras and other sensors will monitor for driver distraction or intoxication.