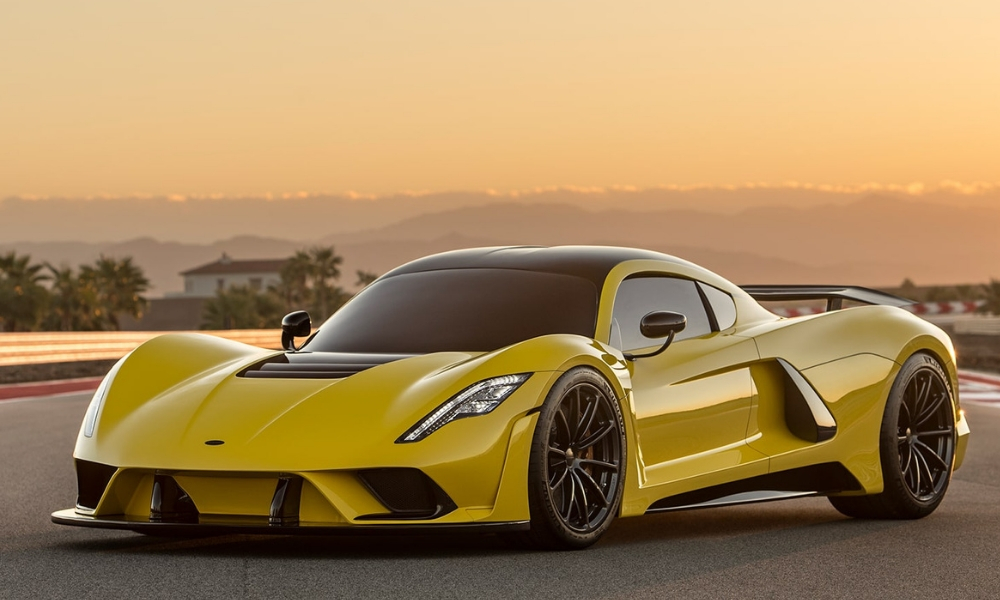 October is usually a pretty eventful month for the auto industry and this year that certainly wasn’t an exception. A few car reveals, some shocking leaks, talks of mergers, and even scandals made for an interesting mix of news events. If you missed what all happened vehicle-wise for October 2019, here are the highlights.

It was a rocky start for Fiat Chrysler in October as the Italian-American automaker was fined $40 million by the US Securities and Exchange Commission for inflating sales figures to then mislead investors. The plan was allegedly to keep sales streaks running from 2012 to 2016. This is yet another scheme that rightfully has people wondering what else automakers could be lying about? 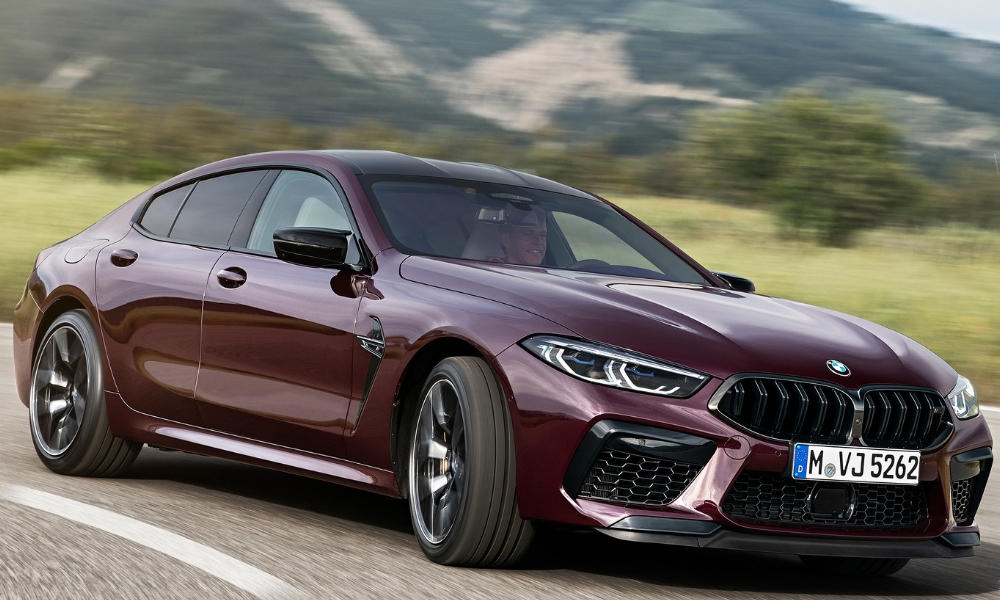 BMW sure loves its Gran Coupe models, so it was only a matter of time before we got one for the M8. Slightly bigger than the coupe and convertible versions of the car, BMW thinks about half of all M8 sales will be the Gran Coupe in the United States. While rear headroom might not be excellent, enough people apparently will be interested in the same specs but an extra set of doors. The most exciting part of this reveal, however, was the new Ametrin Metallic paint color, which is simply breathtaking. 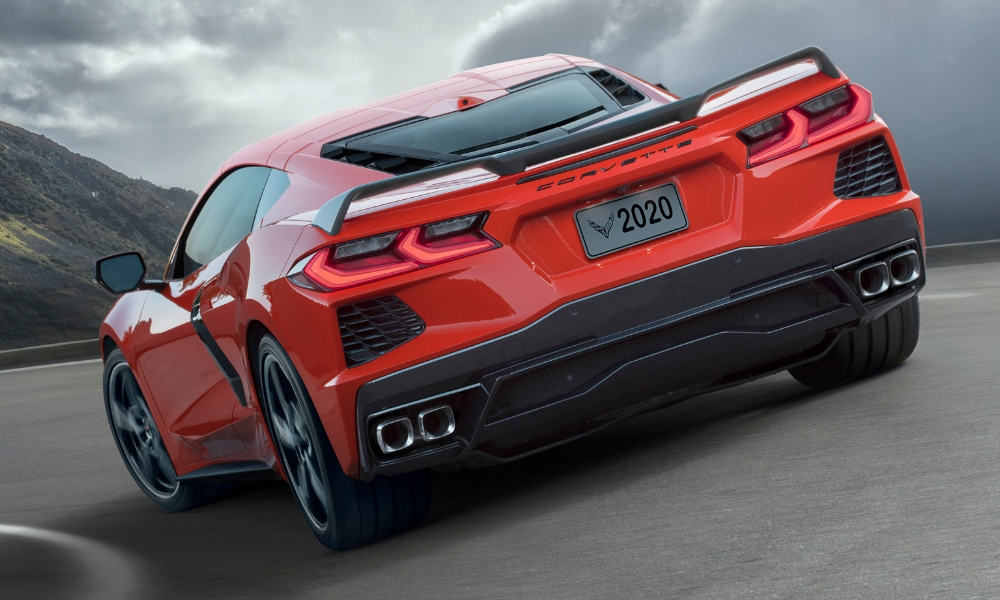 While now resolved, in the middle of October the UAW strike on GM was creating absolute havoc for the automaker. Hiccups in the production of trucks and SUVs had dealers panicking they would run out of popular models in the near future. It was also reported that production of the C8 Corvette was being put off because of the strike. GM even was reportedly scrambling to get SEMA cars finalized in time, since some components weren’t being made at the moment. 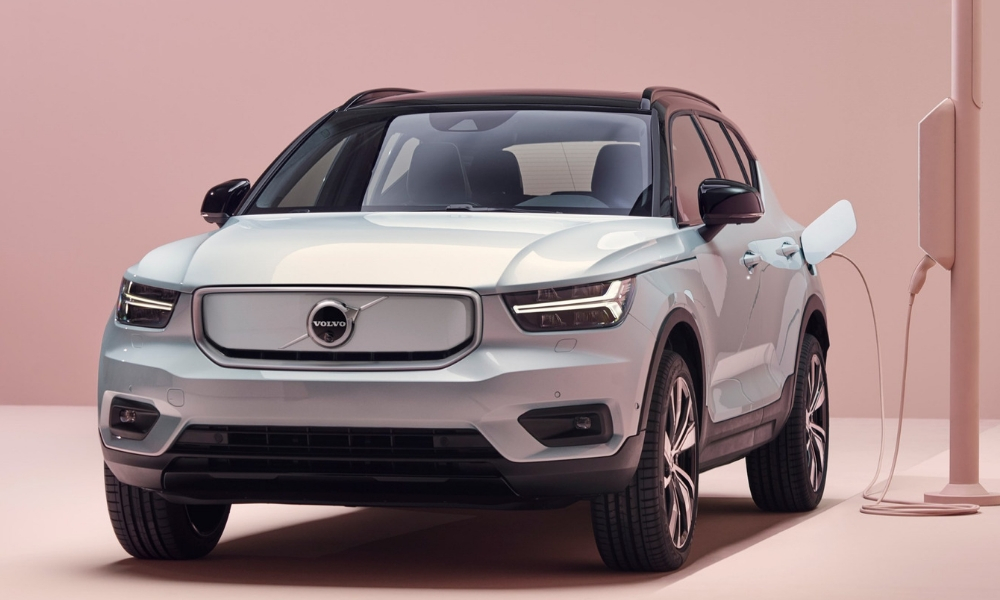 There’s been a lot of talk about Volvo finally making a market-ready fully-electric vehicle and that moment finally came with the XC40 Recharge reveal. The plan Volvo has revealed is that it will unveil one fully-electric model each year for the next five years. While the XC60 and XC90 are obviously in that lineup, the other three vehicles are a mystery, possibly being all-new or electric versions of sedans/wagons.

7. Honda Will Make a Hybrid Ridgeline

People have been waiting for this to happen, and finally the mid-cycle refresh of the second-generation Honda Ridgeline will see a hybrid powertrain option added. We can expect to see this happen in 2020, which is right around the corner. This information wasn’t supposed to leak so soon, but a Louisiana Honda dealer accidentally posted it online. According to the leaked info, the Ridgeline Hybrid will use a 2.0-liter four-cylinder and two electric motors. 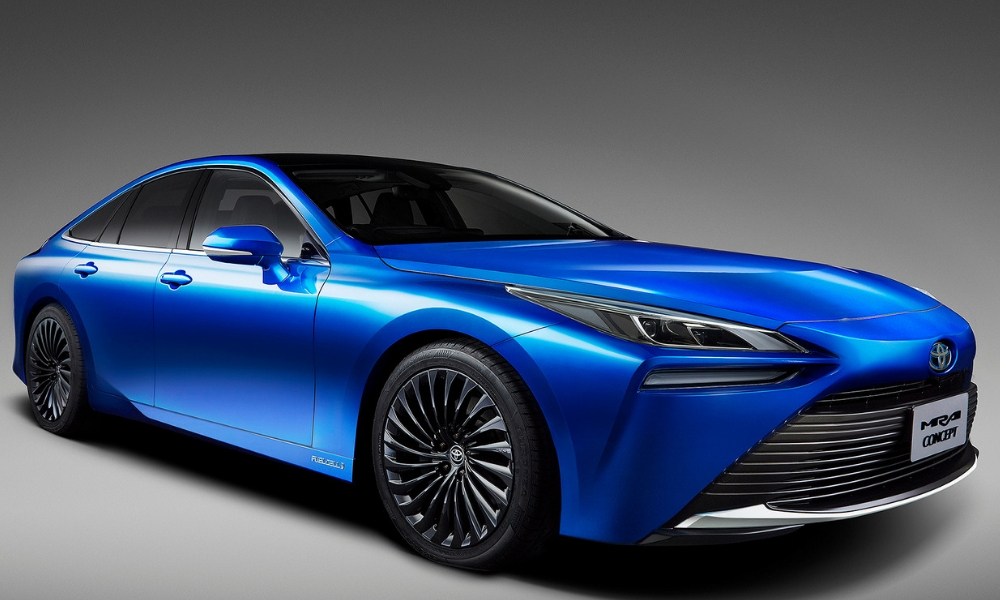 No longer is the Toyota Mirai something that looks like a bad science fiction movie set piece. The 2020 model was revealed sporting a sleek exterior, dropping the hatchback for a trunk and four doors. Toyota switched the hydrogen fuel-cell vehicle to a premium rear-wheel-drive platform, which means more rear passenger space, a more luxurious feel, and better performance. On top of that, new fuel cell and hydrogen storage designs means a 30 percent boost in driving range. 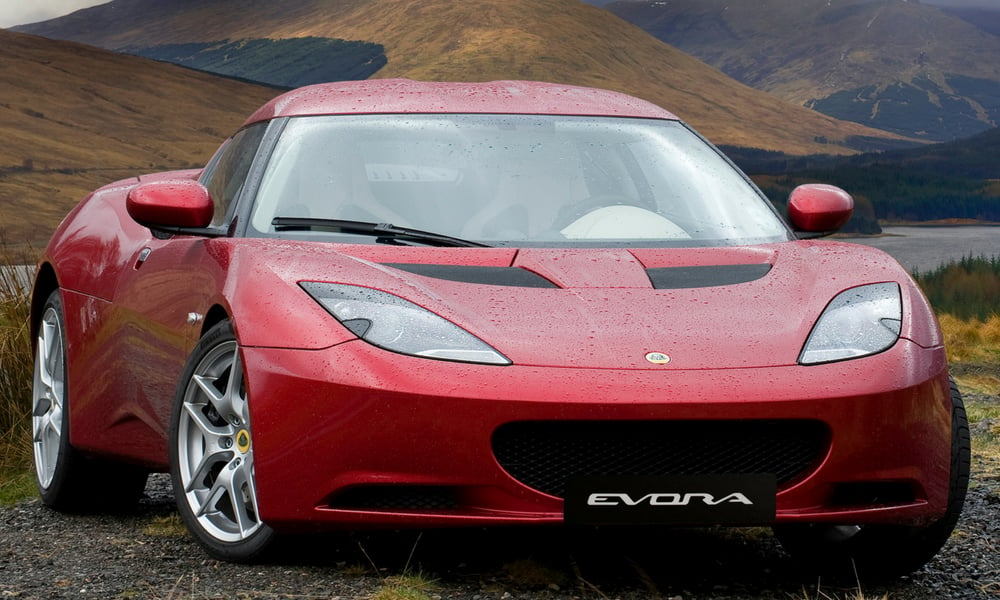 British automaker Lotus hasn’t made an engine in decades, but it’s switching from sourcing Toyota powerplants to Volvo. Chinese automaker Geely owns Volvo and Lotus, so the move actually makes sense from a business standpoint. Geely and Volvo Cars are actually merging their internal combustion engine operations into a single entity, since both companies are trying to direct more resources toward electrification. Later this means Lotus will be using Volvo electric powertrains. 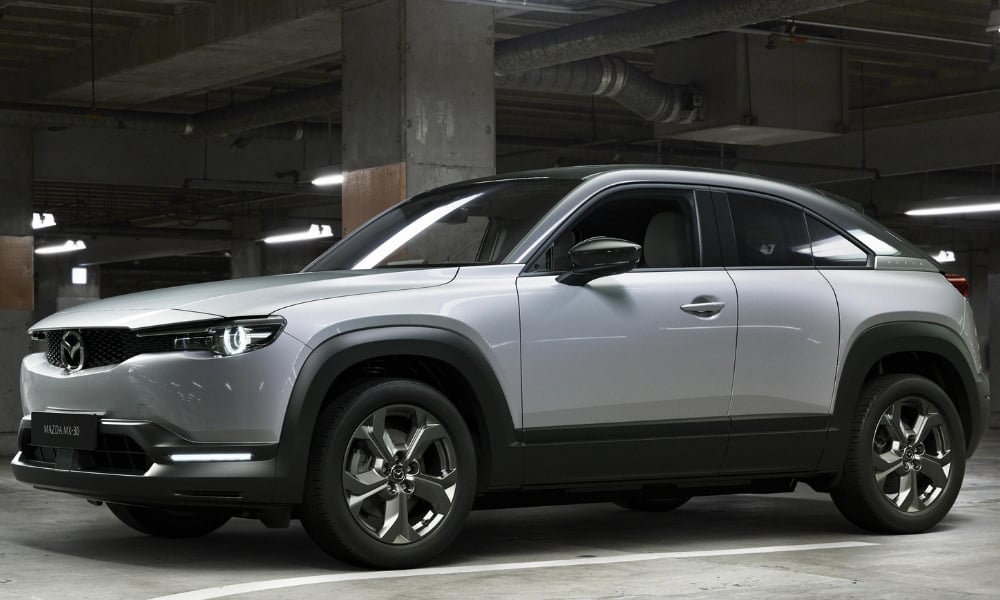 Another long-awaited EV, the Mazda MX-30 finally broke cover, but reactions were mixed. While design choices like rear suicide doors and a dramatically sloped C-pillar and rear window generated good chatter, the fact Mazda won’t talk much about performance makes many people understandably suspicious. What we do know is there’s a 33.5-kWh lithium-ion battery pack and that the SUV is compatible with DC charging with either CHAdeMO or COMBO standard. More information will be coming, but it might be a little bit of a wait. 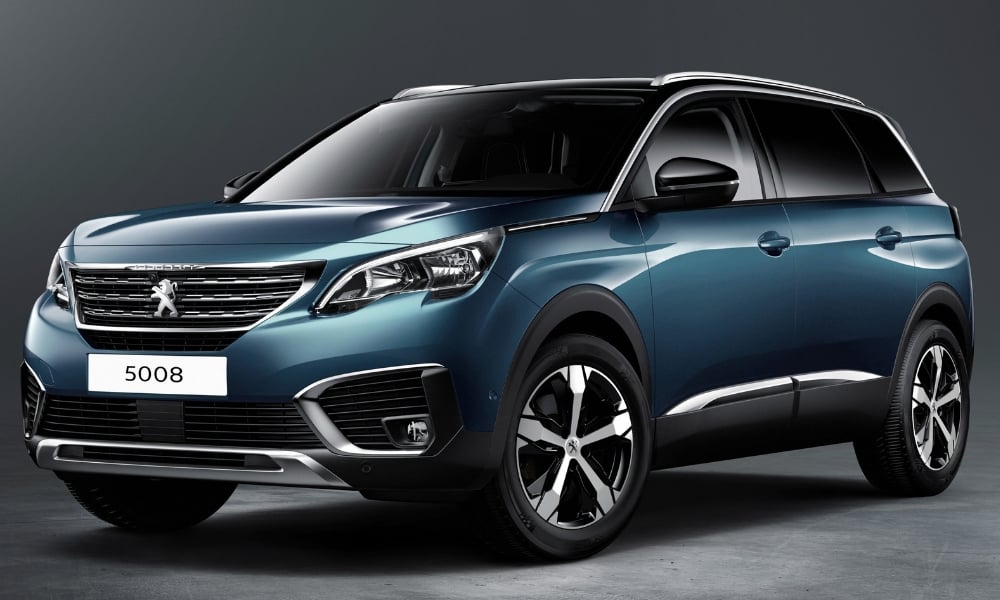 Just when it seemed like Fiat Chrysler merger talks would be going away for a few years, a new report revealed the Italian-American automaker is in talks with PSA. If it were to become a reality, this would be the first Italian-American-French automaker in the history of the world. Since PSA dominates in Europe and FCA is a big force in North America, the merger could actually benefit both companies. However, just like with the Renault merger talks the French government is a major stakeholder in PSA, so that could possibly be a sticking point.

2. Lots of People Cheated to Get EV Tax Credit 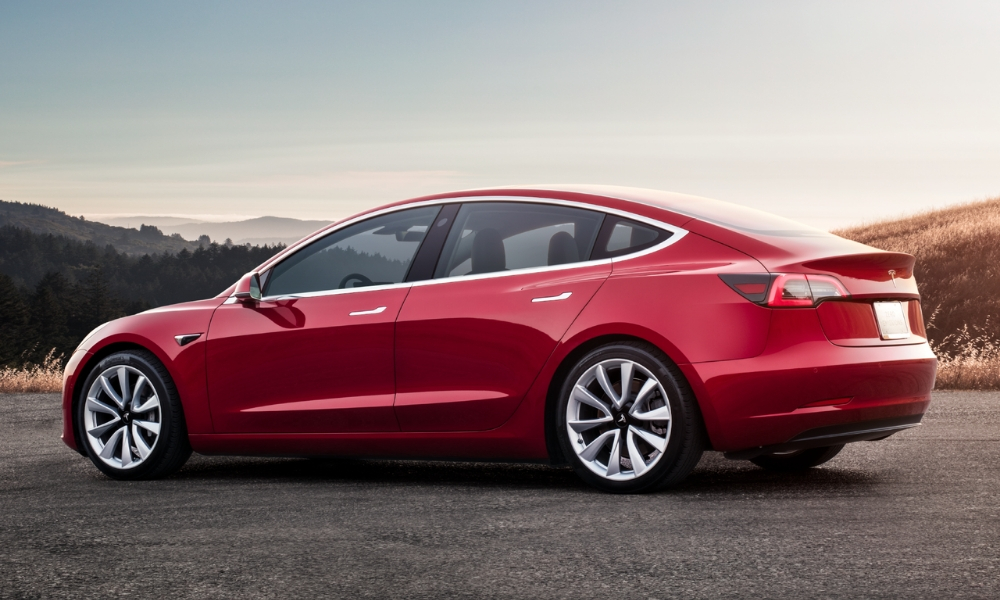 According to a US Treasury report, consumers have falsely claimed $74 million in EV tax credits. While not shocking that people cheat on their taxes, the fact the EV credits are being abused certainly isn’t encouraging for the longevity of the federal program. How can they get away with such a thing? The IRS doesn’t verify vehicle VINs when the credits are claimed, allowing people to claim more credit than what’s due to them or to get a credit when they shouldn’t get anything at all. The report specifically calls out GM and Tesla owners, which is quite interesting.

While we don’t have a full reveal of the Venom F5’s specs, the Texas tuner and boutique automaker has finally revealed some info on the engine. Thanks to an LS architecture, the turbocharged 6.6-liter V-8 nicknamed Fury cranks out 1,817 horsepower and 1,193 lb.-ft. of torque. This apparently was well beyond the initial expectations from Hennessey. Considering curb weight is supposed to be under 3,000 pounds, the Venom F5 should have absolutely explosive acceleration and could possibly set a new top speed record.