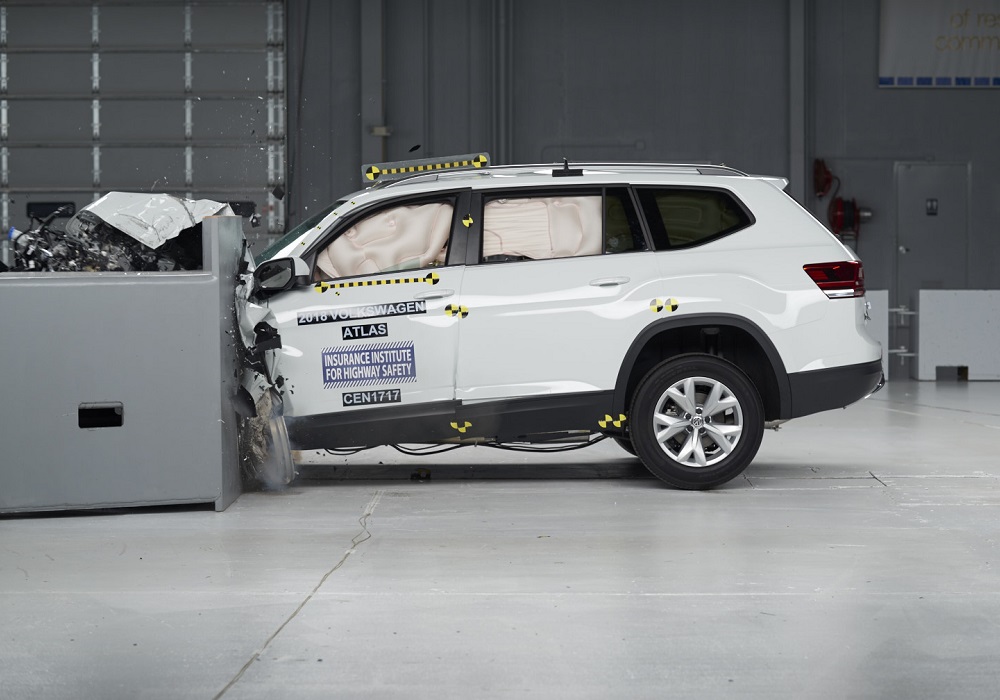 Volkswagen is expanding its crossover lineup in 2018 with the release of the all-new Atlas. Today, the Insurance Institute for Highway Safety revealed the results of its bang-up test of this new seven-passenger crossover.

The Atlas aced all the major crash tests — frontal impact moderate overlap, frontal impact small overlap, side impact, roof strength, and head restraints — with “Good” ratings. This is no surprise for a modern crossover of the Atlas’ size. What is impressive is its “Superior” rating in the front-crash prevention test, which puts the automatic emergency braking system through its paces.

These ratings earned the Atlas a Top Safety Pick rating from the IIHS. That’s the second-highest rating the IIHS has — the Top Safety Pick Plus rating is the top of the heap. So, where did the Atlas fall short? Well, it received a “Moderate” rating in the newly required headlight test.

While it’s almost expected that current models will struggle with this new headlight test, it’s a tough break when a brand-new model can’t pass it. Hopefully, VW will find a way to fix this to get that all-important Top Safety Pick Plus rating, but that seems unlikely for now.

While this rating is great for sales, there is one caveat: It doesn’t apply to the base model. The lowest trim that has the Front Assist system, which includes the required automatic emergency braking, is the SE with Technology, which starts from $37,090 — $6,590 more than the base trim.

The 2018 VW Atlas is available at dealers now.