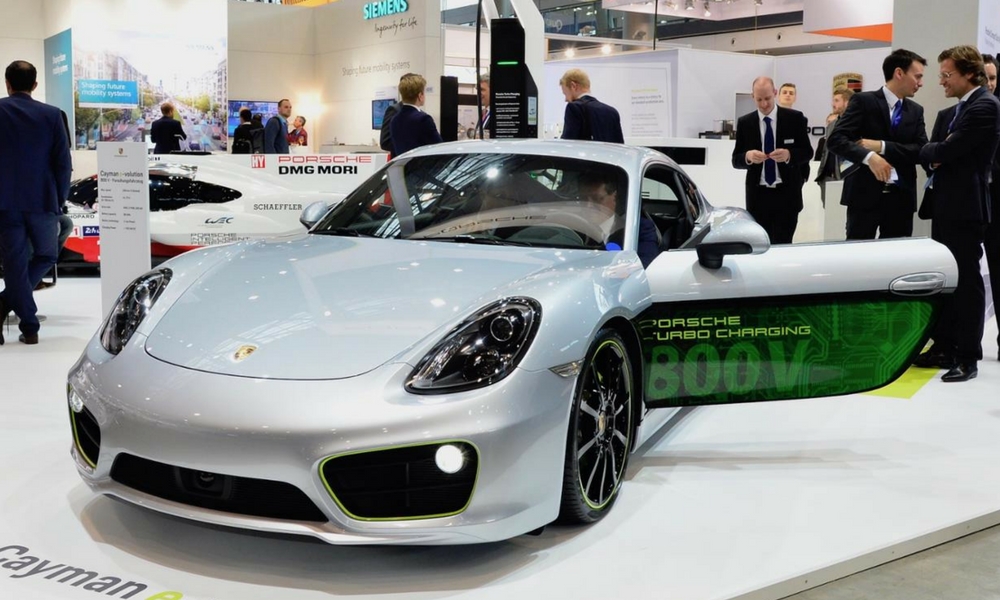 Porsche keeps saying it wants to build exciting EVs, or basically do what’s not being done today. To show how serious it is, the German automaker made the Cayman e-volution concept car.

Gone is the mid-mounted 2.7-liter flat-six engine. In its place are batteries and electric motors. Porsche says the car can do 0 to 60 mph in 3.3 seconds, which is markedly faster than the production version. Range, on the other hand, isn’t so impressive at 125 miles.

Technologically, the really interesting part about the Cayman e-volution is that it uses the fast-charging system that will be included in the Mission E. Porsche calls this tech Turbo Charging, which is just as confusing as Tesla’s Superchargers, but whatever. In any case, the Turbo Charging system provides 320 kW at 800 volts, which blows away what Tesla offers currently (see what I did there?). It charges up the car batteries to 80 percent capacity in 15 minutes.

The charging system itself – the thing you keep in your garage – has a battery. That means you can plug it into a regular 110-volt outlet and let the thing charge itself up during the day. When you plug the car into it, the electricity empties out in a hurry. Porsche says these Turbo Chargers will be placed in networks throughout Europe by 2020, with Ford, BMW, Audi, and Daimler all collaborating on the project.

Just to clear things up, this doesn’t mean you should expect a production Cayman e-volution. This concept is to help Tesla explore a few points, nothing more.