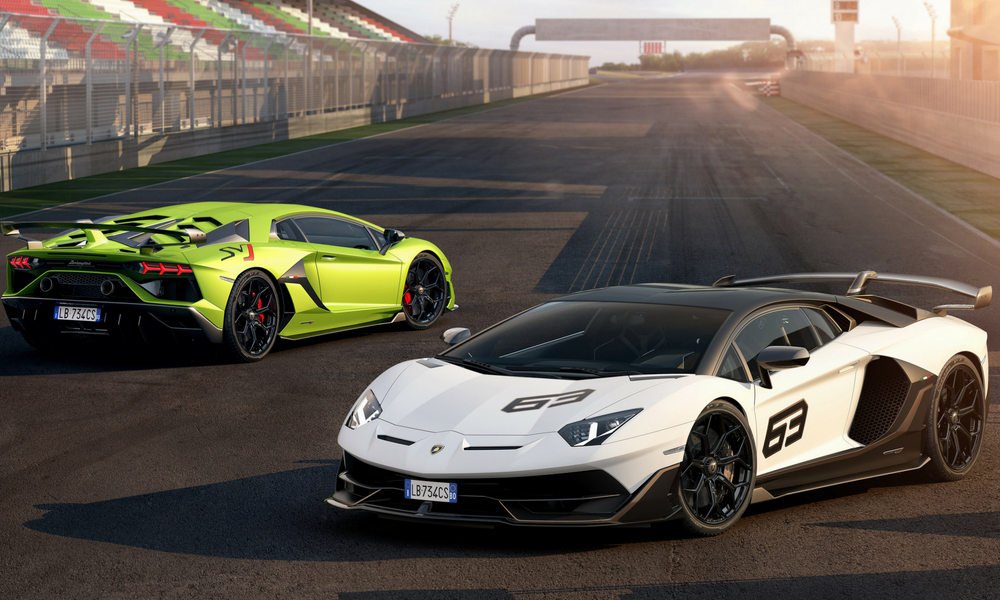 We’ve finally seen official photos of the Lamborghini Aventador SVJ. Remember, this is the vehicle that holds the production car lap record at the Nurburgring, edging out the Porsche 911 GT2 RS. The reveal was part of the 2018 Pebble Beach Concours d’Elegance, which was a fitting forum for the supercar.

Crammed into the Aventador SVJ is a 6.5-liter V-12 tuned to a thunderous 770 horsepower and 531 lb.-ft. of torque. That’s monstrous, but Lamborghini worked the other end of performance by whittling down the supercar’s dry weight to just 3,362 pounds. The combination means a 0-62 mph time of 2.8 seconds, and 0-124 in 8.6 seconds.

Going fast in a straight line is great and all, but Lamborghini made the SVJ to carve through tracks with pure athleticism. Remember that it lapped the ‘Ring in 6:44.97. One of the supercar’s key modifications is aero, which is a super advanced adaptive system called Aerodinamica Lamborghini Attiva (ALA). It produces 40 percent more downforce than an Aventador SV, while drag coefficient is 1 percent lower.

Not only do we get to see the Aventador SVJ, the SVJ 63 was revealed in a big surprise. It’s a tribute to Lamborghini’s founding in 1963. Only 63 units will be made, versus 900 of the SVJ.

For a cool $517,770 US you can get the Lamborghini Aventador SVJ. You’ll be able to use Lamborghini’s Ad Personam program to add bespoke interior elements, which of course will all be tasteful. Deliveries will start in the early part of 2019.