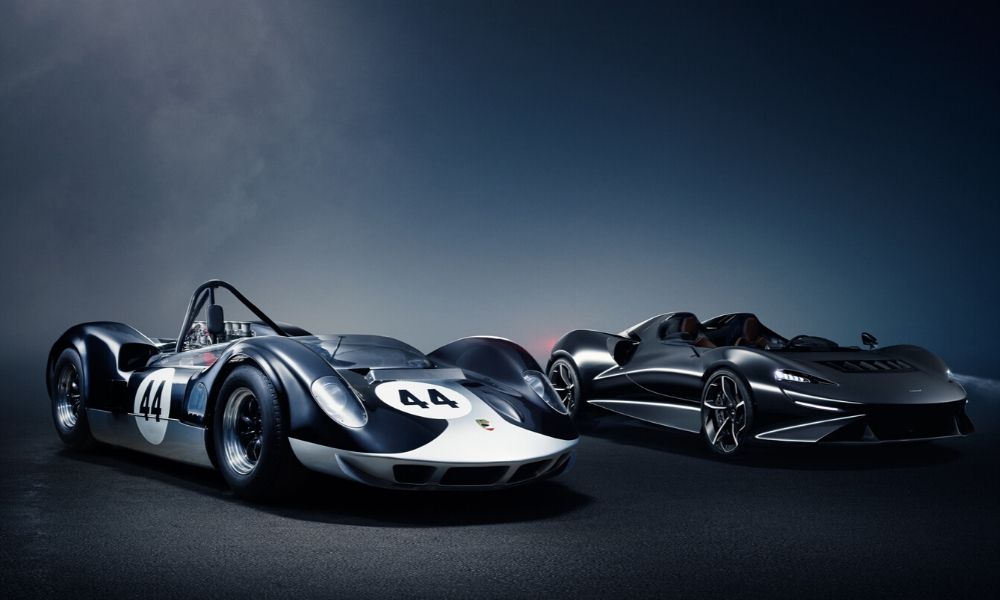 Typically a quiet month in the automotive industry, December 2019 was actually busier than many in the past. We’ve seen some big vehicle reveals and had other shocking things happen as the holidays approached, keeping things interesting as we closed out the year and decade.

Here are the top 10 automotive news stories for December 2019. 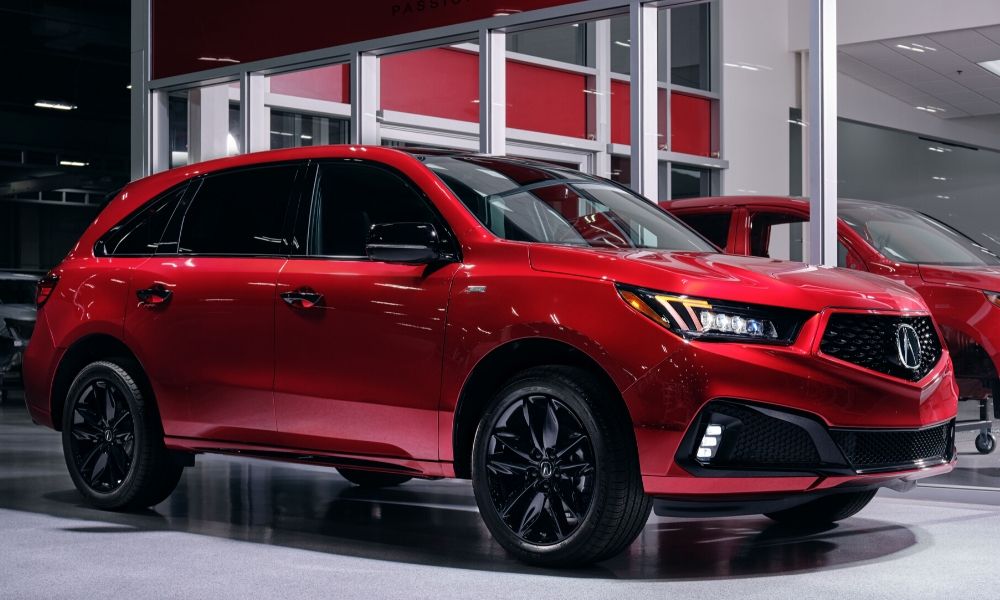 Acura started the month with a bang, revealing its MDX PMC Edition. It mostly flew under the radar because of the Tesla Cybertruck’s launch not too long before, but you should know about it. Like the TLX PMC Edition, this version of the three-row crossover is assembled by hand and will only be painted Valencia Pearl Red. Of course, there are other desirable details, like The Advance Package and A Spec Package, gloss black exterior trim, black Milano leather seats with Alcantara inserts and red accent stitching, and of course a numbered plaque on the lower console. Production is limited to just 300. 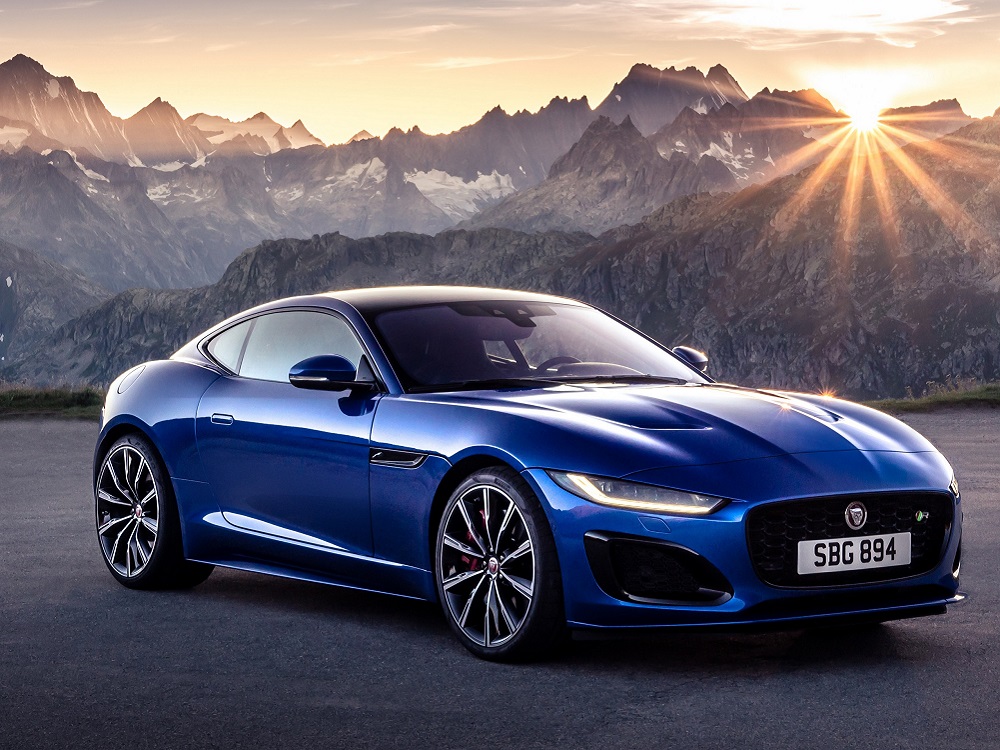 British automaker Jaguar revealed the much-anticipated next-generation F-Type toward the beginning of December. Overall, the car’s looks were evolved instead of being completely changed, a smart move considering many have praised the F-Type for its beauty. Fresh tech like a 12.3-inch HD gauge cluster screen are also added to the mix. As for power, a new supercharged V-8 engine with 450 horsepower on tap, along with a second supercharged V-8 with 575 horsepower for the R model. Jaguar didn’t announce a U.S. launch date.

8. Chevrolet Rolls Out the 2021 Tahoe and Suburban 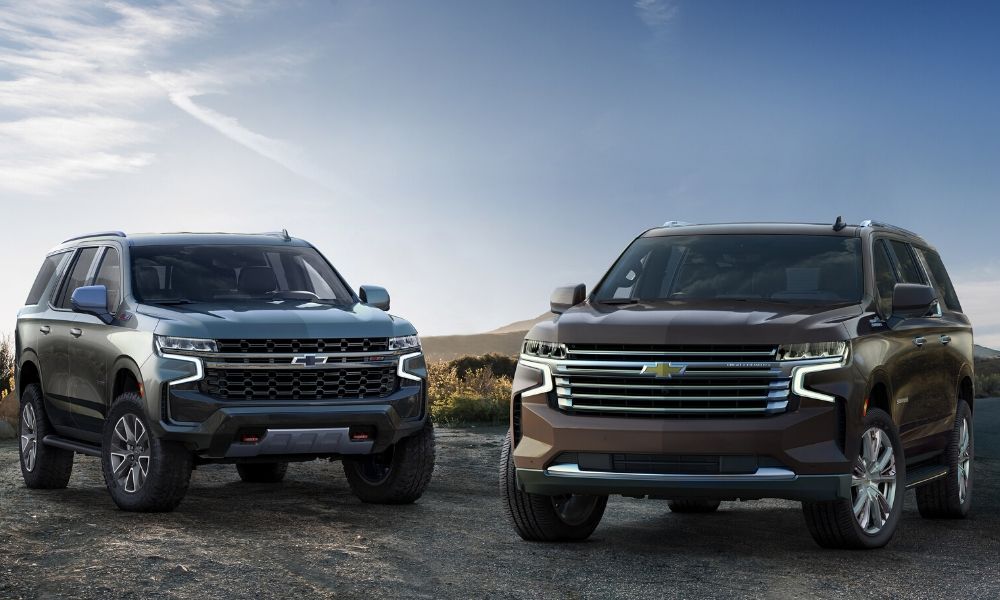 Chevrolet went bold with the all-new 2021 Tahoe and Suburban, which were revealed about mid-December. Not everyone has been a fan of the in-your-face styling, similar to the controversy over the Silverado HD redesign. Aside from that, more cargo space, an independent rear suspension, optional Magnetic Ride Control and adaptive air suspension, plus plenty of new tech should still make these family haulers compelling to enough for shoppers. Another big addition is the 3.0-liter Duramax turbo-diesel engine to the lineup. 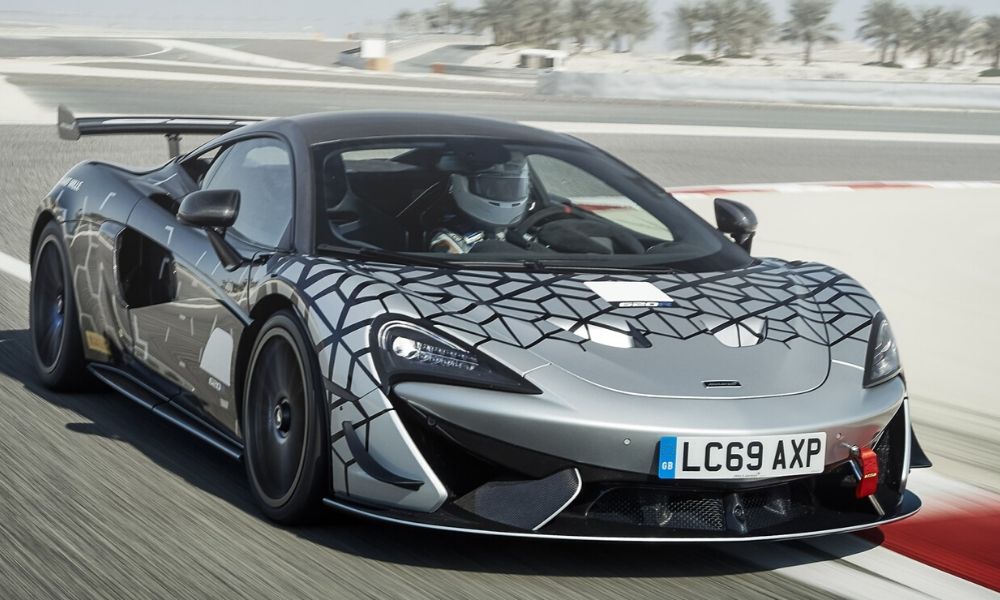 British automaker McLaren decided to stir the pot with the newly-revealed 620R, which blasts past the 600LT in performance. Essentially the 620R is a road-legal version of the McLaren 520S GT4, some are calling this the “budget” McLaren Senna. Right at mid-ship is a 3.8-liter V-8 with 610 horsepower. This supercar starts at $299,000 with production capped at just 350 units. Expect to see it in the hands of proud new owners starting in February.

6. Ford Wants to Make Cars Out of Coffee 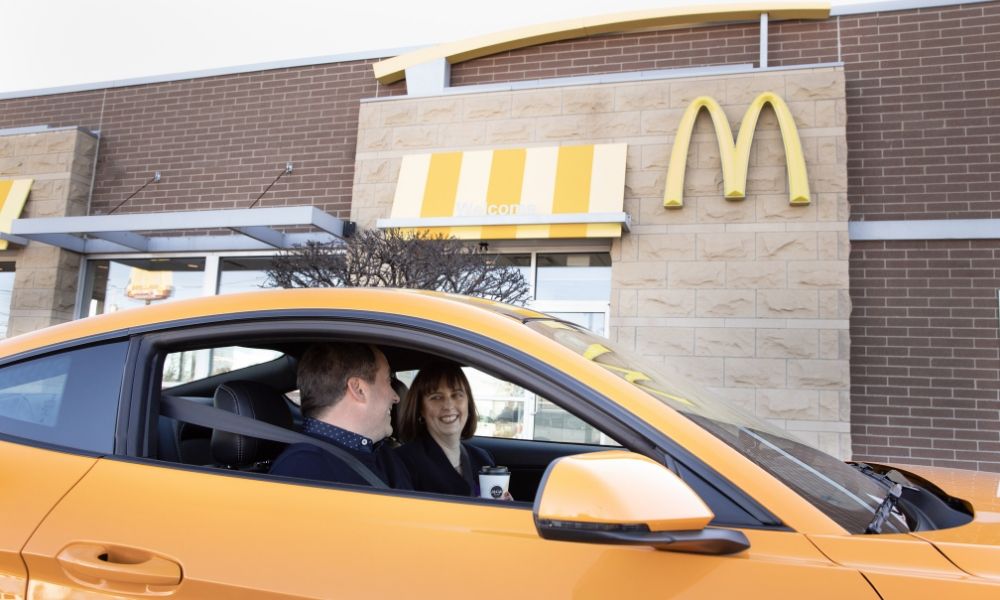 In some weird twist on Jerry Seinfeld’s hit Netflix show, Ford has teamed up with McDonald’s to make car parts out of coffee chaff. A byproduct of roasting the beans, the skin has pretty much just been garbage, but the Blue Oval is looking to change that. The two companies are cooperating to make components like headlight surrounds from the processed coffee chaff. These innovative parts are supposed to be lighter and require less energy to make. Time will tell if this practice spreads or not.

5. 2020 Honda Ridgeline Gets a New Transmission and a Big Price Hike 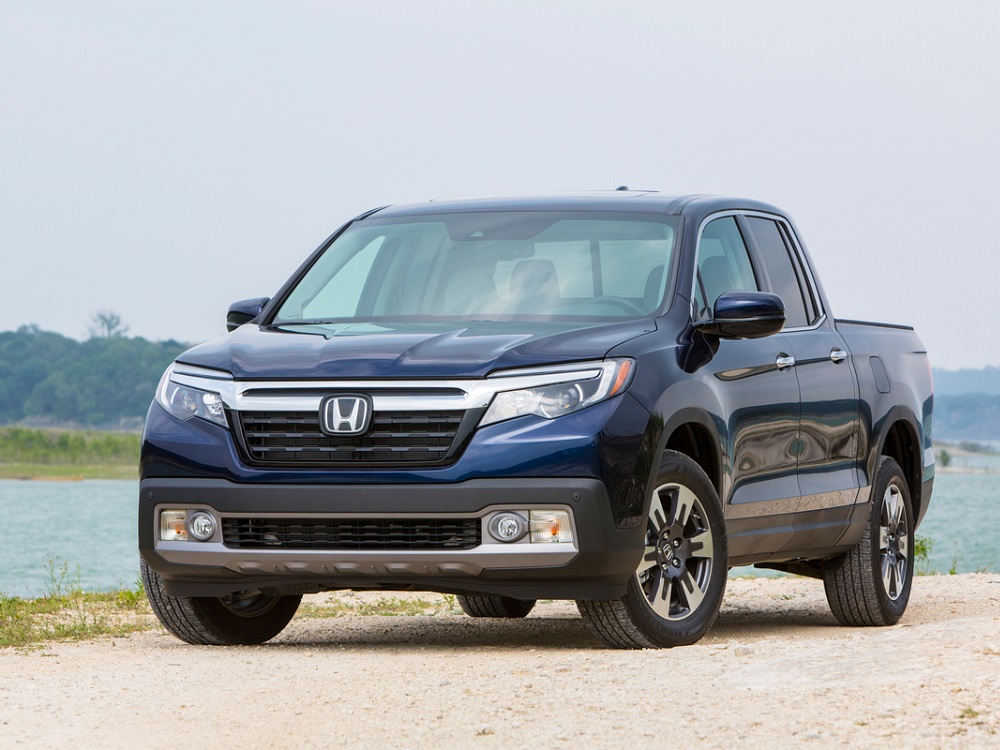 For the 2020 model year Honda decided to make a few changes to the Ridgeline, although the overall look is the same. Among the changes is a new 8-inch infotainment screen with Apple CarPlay and Android Auto. The biggest update is a new nine-speed automatic transmission. Unfortunately, Honda is shedding two of the 2019 model year trims, including the entry-level RT. That means a starting price increase of $3,910 for the 2020 Ridgeline.

4. Hybrid Porsche 911 Will Conquer All 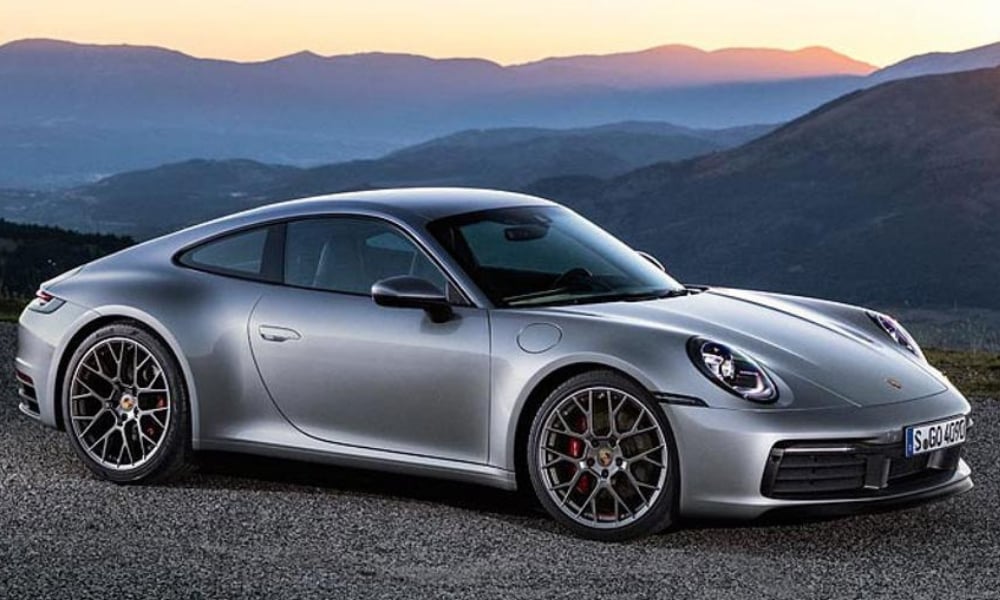 It seems like electrification is taking over the car industry, and now the venerable Porsche 911 is joining the movement. Company CEO Oliver Blume revealed a hybrid 911 is coming and will be the performance king of the lineup. That’s not entirely surprising, considering the most potent version of the Cayenne is a hybrid and Porsche has created vehicles like the 918 Spyder. Just how powerful the hybrid model will be is a thing of wild speculation, considering the 2020 Porsche 911 Turbo S produces 641 horsepower. It’s also not clear if the 992 GT2 RS will still be the actual king of the 911 lineup.

3. Bentley Celebrates an Exciting Record With the Most Boring Name Ever 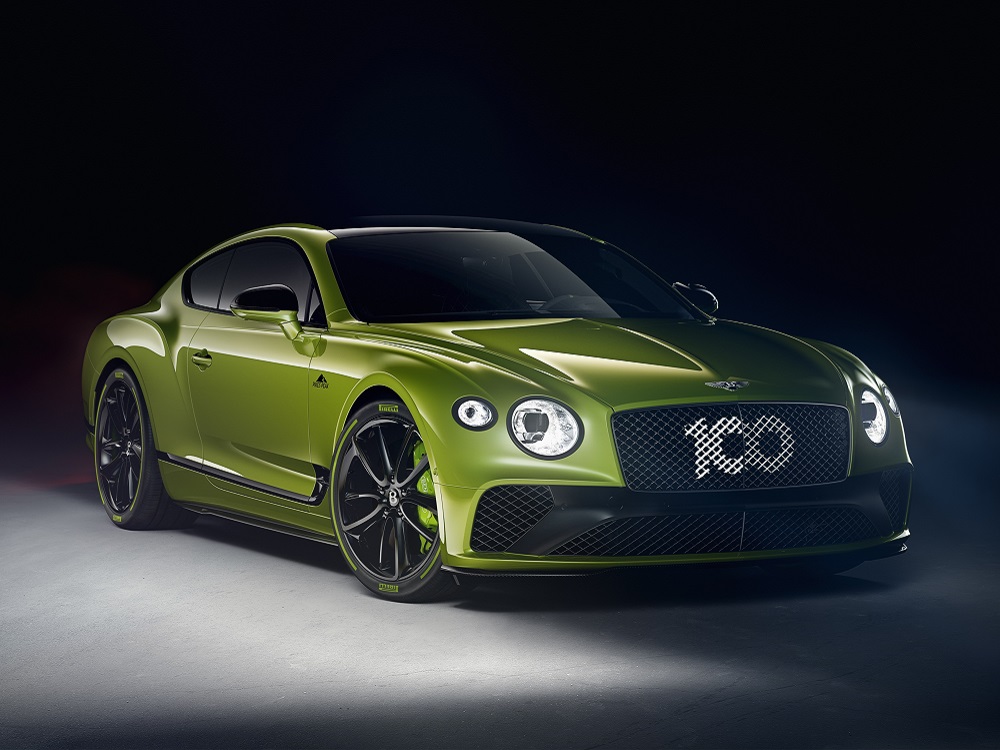 To commemorate the Bentley Continental GT becoming the fastest production vehicle on the Pikes Peak hill climb, the British automaker announced it will make a limited-release model called the Limited Edition Continental GT. It’s not exactly an inspiring name and one that people are comparing to the 1980s Toyota Camry lineup, but the car is impressive. Among the exclusive equipment is a carbon-fiber body kit, special paint, Pikes Peak decal, and carbon-fiber dash fascias. Production will be capped at just 15. 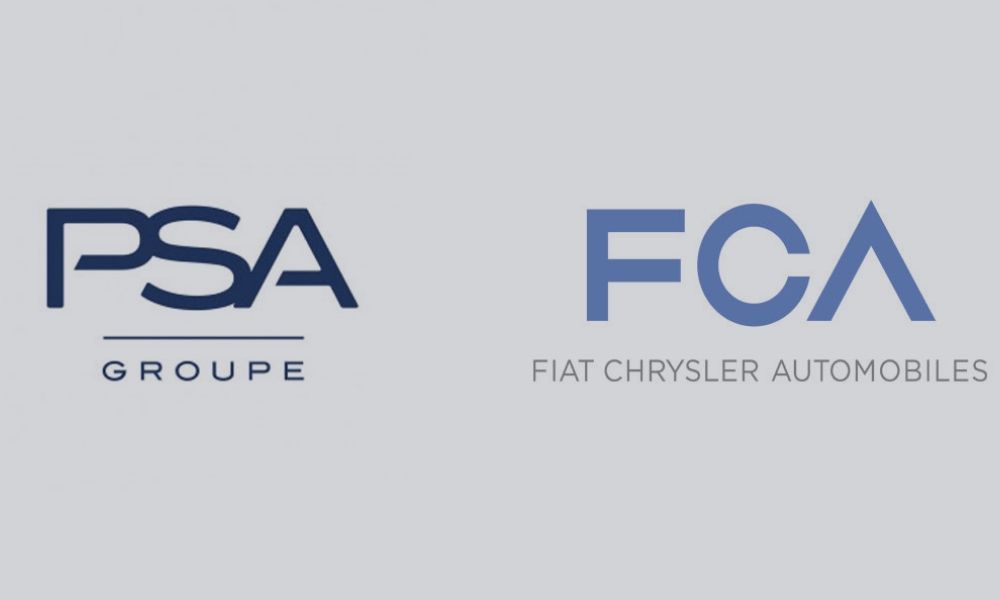 As the FCA and Groupe PSA merger has rolled out we’ve learned some interesting details about the potential plan. One of the biggest is that supposedly the Jeep and Ram brands could potentially finance the reformation of both automakers fat margins on trucks and SUVs in the North American market and pooling resources could allow the companies to make some big changes they couldn’t otherwise. 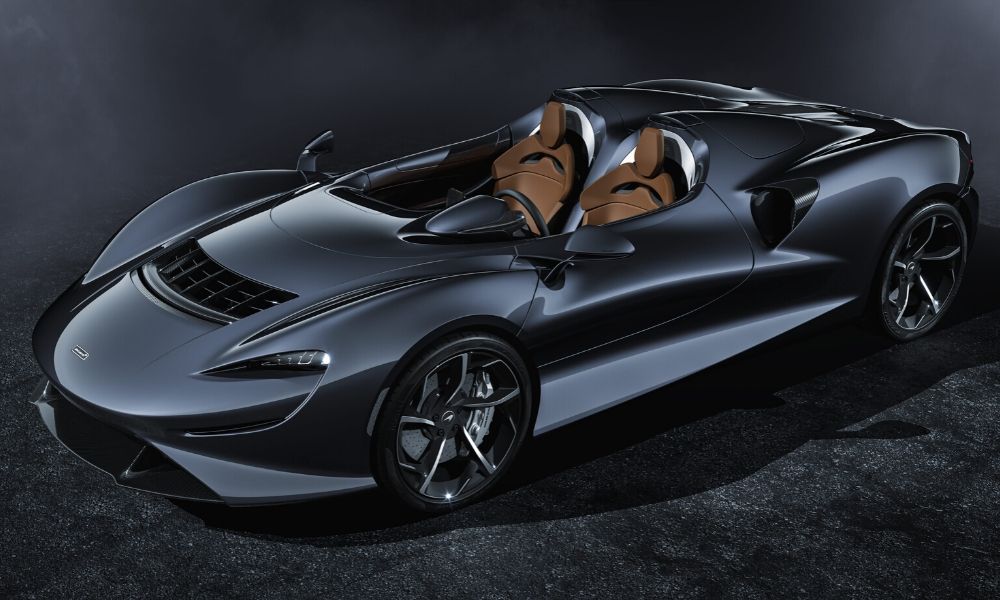 Already with a reputation for extreme vehicles, McLaren really blew everyone away right before Christmas when it revealed the Elva. The newest addition to the Ultimate Series, it was designed to commemorate 1960s McLaren Elva sportscars designed by Bruce McLaren. What’s more, this is the lightest road car made by McLaren, thanks in large parts to the extensive use of carbon fiber. There are many other cool details about this vehicle, including the twin-turbo V8 with 840 brake horsepower on tap, rocketing the Elva from 0-124 mph in 6.7 seconds. Production is limited to 399 units and prices start at $1.69 million.