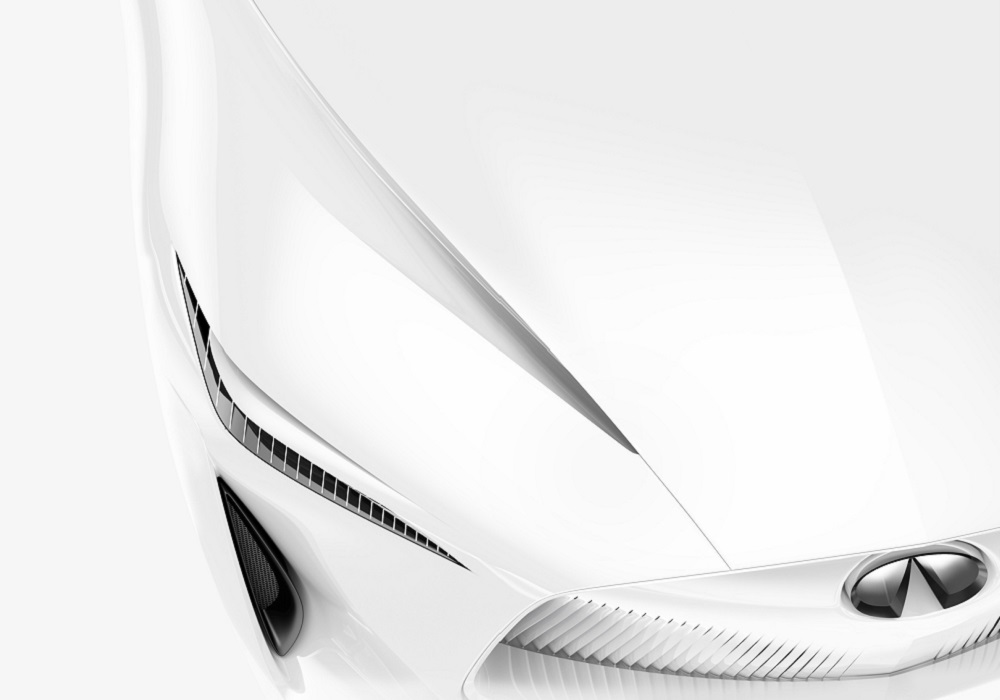 Infiniti has had a strong hand in redesigning its vehicles and really its entire brand. In the past few decades, we’ve seen this luxury brand come from warmed-over Nissans to legit luxury cars. And even more recently, we’ve seen it take to the big dogs with potent powertrains and even more desirable designs. It looks like another Infiniti revolution may be on the horizon, and we’ll get our first glimpse into the future at the 2018 Detroit Auto Show.

At the Detroit show, Infiniti will show off a new design concept called Prototype 9. There aren’t many details on it, but the Japanese automaker did unveil a teaser sketch of this new luxury concept. It doesn’t appear to be a huge move away from the most recent design language Infiniti has inherited, but the hood is noticeably more angular, the front apron is a bit more shapely, and the grille is wider, more sunken and seems to boast a wide wing in the center. It also looks as if this concept thins out the headlights even more, which was a big part of the brand’s last design update.

On top of showing off the new concept, Infiniti also plans to debut new technology. Again, there’s not a ton to go off here, but the plans are to display Infiniti’s “artistry in the new age of autonomy and breakthrough drivetrains.”

Both autonomy and drivetrain enhancement have been front and center for Infiniti in recent years, as we’ve seen Nissan advancing with its ProPilot system and Infiniti’s new lineup of small-displacement turbocharged engines, like the 2.0-liter VC-Turbo.