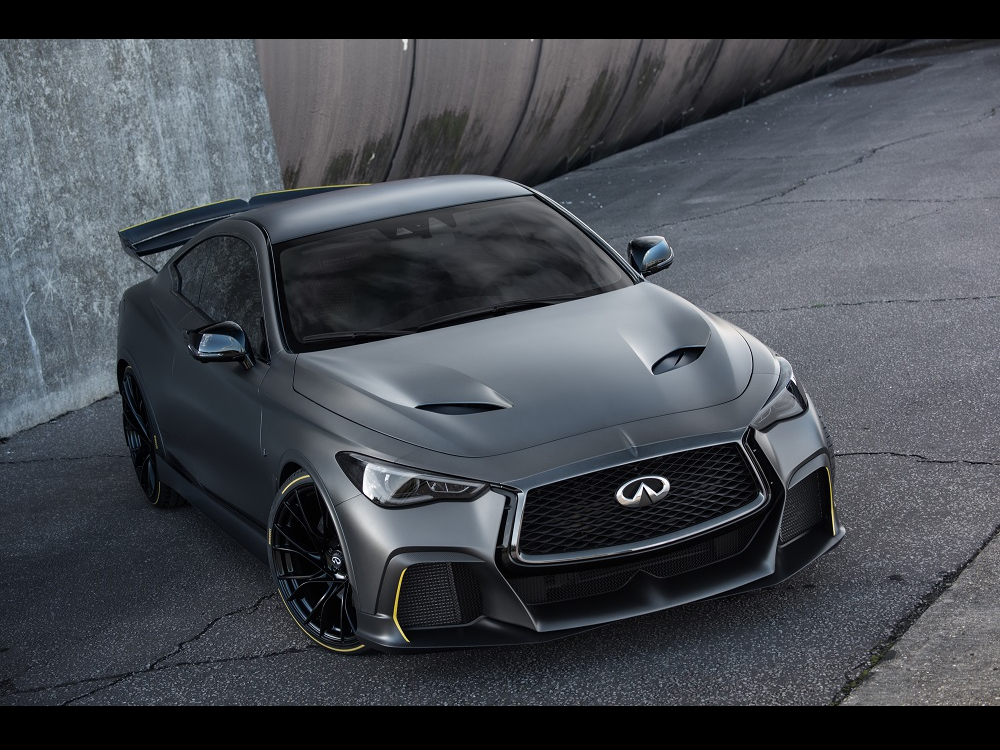 Infiniti is hurtling toward its promise to electrify its lineup by 2021, so it is working hard to reveal concepts that show what it’s capable of doing. Infiniti will show its abilities in a big way by debuting a new hybrid concept in Paris on Oct. 1, 2018.

Meet the Infiniti Project Black S concept, which the automaker based on the Q60 Red Sport 400S. As you can see in the teaser image, this concept takes some design liberties when compared to the model Infiniti based it upon. The hood boasts a pair of nostril-style air intakes, the bumper has monstrous air inlets, and the trunk lid is home to a huge double-decker spoiler.

But looks aren’t the only awesome thing about this hybrid. It also will demonstrate how Infiniti’s existing lineup can take advantage of the Formula One dual-hybrid electric powertrain technology. It will combine the brand’s award-winning 3.0-liter twin-turbo engine with a high-performance dual-hybrid system and energy-recovery system. This complex ballet results in 563 horsepower — a 163-horsepower boost over the 3.0-liter engine — and a still-unrevealed torque increase.

This adds up to a 0-to-60 sprint in under four seconds. Considering the standard Q60 Red Sport 400 hits 60 mph in the mid-four-second range, and the hybrid system will add serious weight, the torque boost will have to be significant.

Infiniti did not get into fuel economy or potential all-electric range (if any) of this hybrid, but we should learn all about that when the concept makes its official debut on Oct. 1. Keep it locked here for updates.