In the video above as well as the images below, Hyundai has finally given us a heavily-camouflaged preview of the upcoming Elantra N Line. Although you can’t see them clearly under that lovely wrap, apparently the production car will come with some sweet model-specific design elements so everyone knows you’re not rocking some lame regular Elantra.

As Hyundai has been doing with other N Line vehicles, performance sounds like it’s front-and-center. After all, just listen to that exhaust note in the video! Hopefully that’s not fake or enhanced at all, because it’s shockingly good. Of course, the four-cylinder engine gets a nice forced feeding with turbocharging but no official announcement about power has been made. It would be shocking if it were under 220 horsepower. 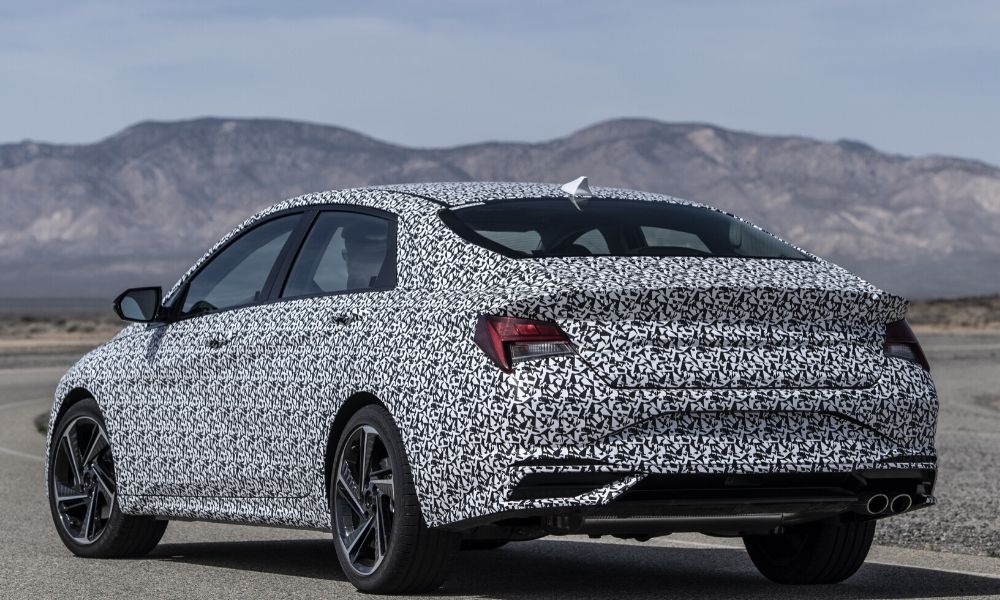 Also, Hyundai says the Elantra N Line comes with chassis tweaks. Considering regular Elantras handle like the boring cars they are, that’s to be expected. Stiffer springs are almost a guarantee, as well as some bracing to keep the body from rolling. Again, other N Line models have boasted some impressive grip through tight corners, so the bar has been set high.

Still, keep in mind this is an N Line car and not an N. That means it’s not quite as potent but it’s also not as expensive. A proper reveal is probably a few months or so away.