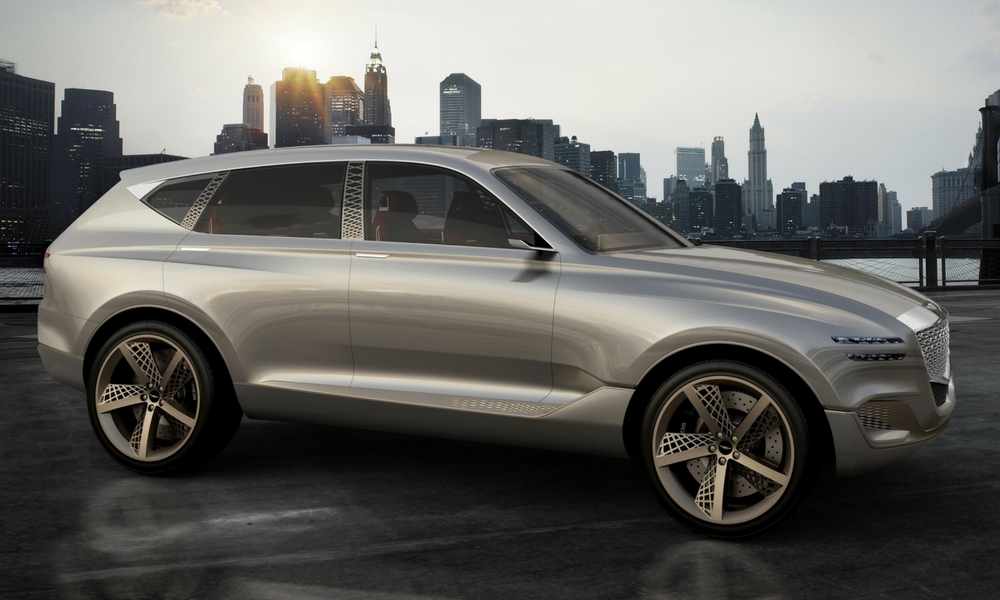 Let’s face it: SUVs are hot right now. Genesis, the new luxury arm of Hyundai, so far only makes cars. That’s a problem. Thankfully, the brand is moving in the right direction with the GV80 Concept, which burst onto the scene in New York.

If you’ve been paying attention to Genesis, you’ll automatically recognize the Athletic Elegance design language the GV80 features. it’s been altered some, evolved if you will, and it looks good. More importantly, the concept doesn’t have a shred of anything you would associate with Hyundai.

One of the biggest deals about the Genesis GV80 Concept is that it runs on hydrogen. That’s right, it’s a fuel cell SUV, showing that Genesis is already looking to jump into the alternative fuel market. Exactly how it’ll go about that is to be seen, but considering the competition is going electric, that’s a possibility.

The outside definitely has a clean, sleek look, and that concept continues into the cabin. Instead of Genesis trying too hard with crazy flourishes, the brand shows incredible restraint, especially for a concept vehicle. Most striking is the bridge instrument panel, which includes a 22-inch wide screen for plenty of drama, emphasizing the spaciousness of this SUV. Drivers navigate through the infotainment system with a controller that has a gorilla glass touchpad at one end, and a knurled metal wheel at the other end.

It’s only a matter of time before Genesis rolls out a production SUV.