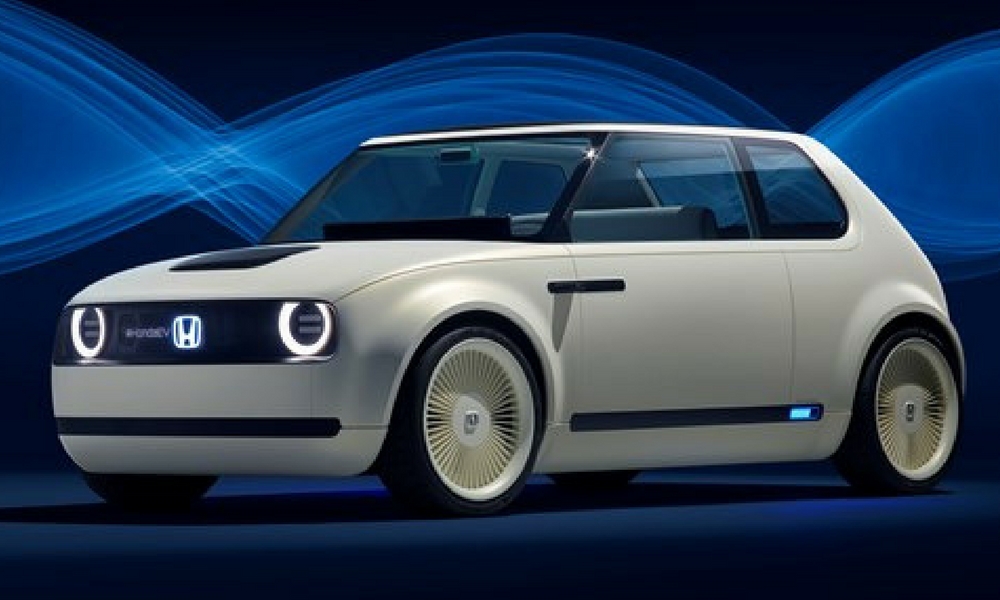 Too many times, automakers try to push forward with futuristic designs that look like a fish and suppository melded together. Honda wowed everyone at the Frankfurt Auto Show by bringing a new EV concept that’s a throwback to the first-gen Civic.

Immediately, it made waves. So did the announcement that a production version is coming to Europe in 2019. It’s a curious move, because the US and China are big EV markets. Europe has been slower to adopt the tech. But Honda’s smart, and it looks like Europe’s love affair with diesel is waning, so something like the Urban EV could be huge.

While the overall layout of this new Honda hearkens back to the first Civic, the design is decidedly modern. For example, the front “grille” is a dot-matrix LED screen. The front Honda badge is back-lit. Suicide doors make reaching the backseat easy, which is a bench, the same as the front seats. Honda also includes an infotainment screen that may put your home theater to shame. Screens on the front door panels work like side mirrors.

So far, this is more of a design study than anything else. Honda won’t say anything about the electric powertrain, including range or charging times.