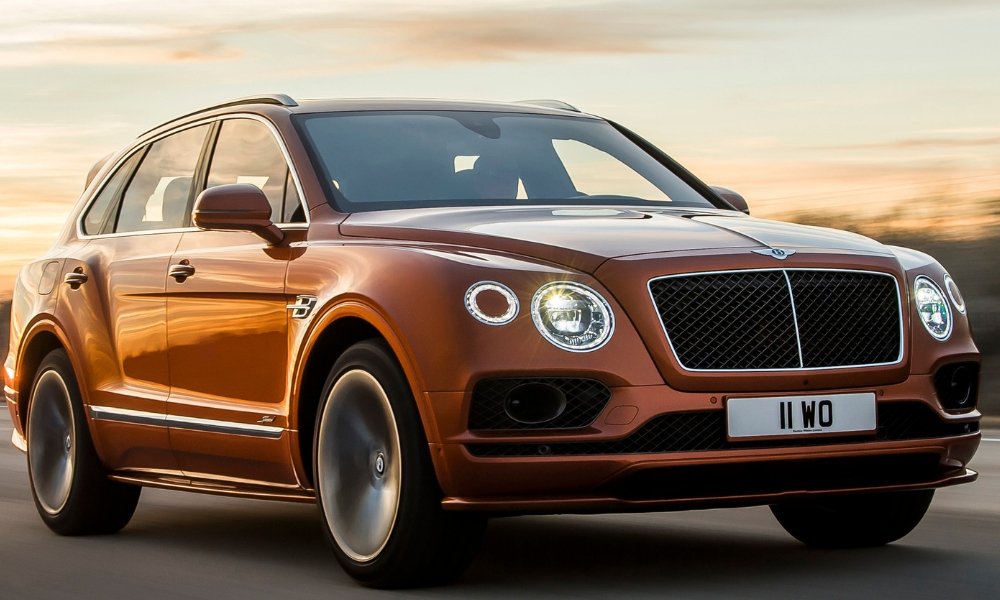 What do you do when you’re late to the ultra-luxury SUV game? Bring something stupid fast, at least if you’re Bentley. To launch its centenarian celebration for 2019, the British automaker took the wraps off its new Bentayga Speed, which blows the doors off everything else.

To make this hot SUV, Bentley modified the 6.0-liter W-12 engine, which is already a kind of legend. The result is a peak 626 horsepower and 664 lb.-ft. of torque, which are some nice specs. Even more important, the Bentayga Speed does 0-62 in just 3.9 seconds. The top speed is 190 mph, which beats out the Lamborghini Urus by a mere 0.5 mph, making the Bentley the new king of speed in the SUV world.

While you can hit a high top speed in the Bentayga, which I personally wouldn’t recommend, just remember that the Lamborghini Urus is quicker in 0-62 acceleration, doing it in just 3.6 seconds. So there’s that.

Of course, there’s all kinds of marketing glitz to the Bentayga Speed. The press release goes on about the Sport driving mode being tweaked to feel even more “dynamic” – whatever that means. The exterior features several darkened elements like the headlight lenses, badges, grilles, etc. for more aggression when you ask another driver if they have any Grey Poupon.

Bentley really needs something to get people excited and noticing the brand again. Sales have slumped, apparently because Porsche and Tesla have stolen customers from Bentley. The Bentayga Speed could help shoppers remember the brand exists, something many apparently have forgotten.