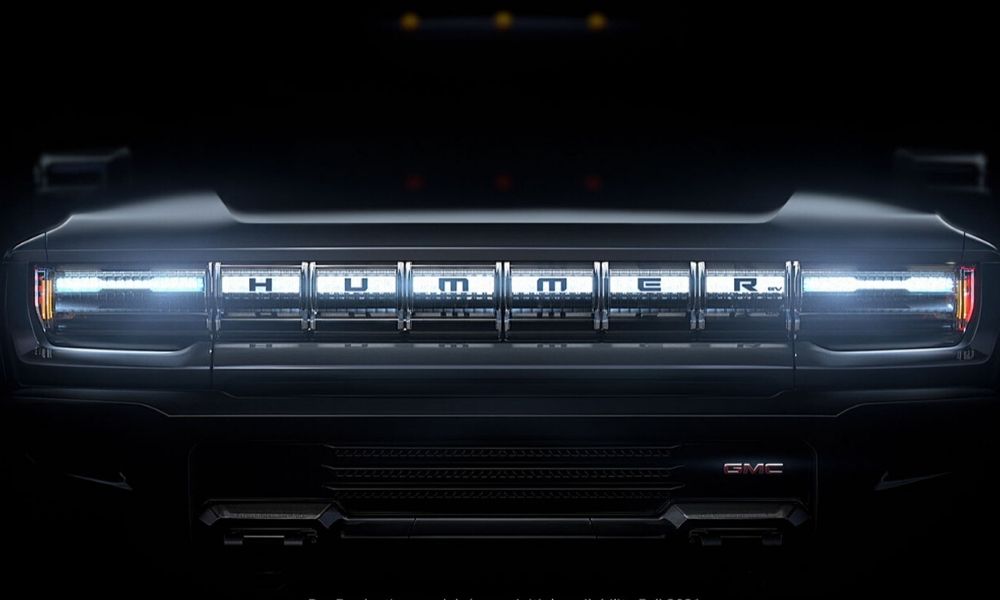 You’ve probably already heard that the Hummer nameplate is coming back into the General Motors fold, only under the GMC brand this time. It’s also going to be an all-electric SUV. We were supposed to see the highly-anticipated reveal May 20, but that’s been canceled because of, you guessed it, the COVID-19 pandemic.

People can’t stop marveling about how a name which once apparently stood for gas-guzzling mayhem is now going to be part of the “green” electric vehicle movement. GM has done some pretty strange things in the past, so believe it.

The official name of the new model is the GMC Hummer EV. So far we’ve only be treated to a birds-eye-view of the Hummer EV in a video, but you can’t really see anything so you’re not missing out. GMC has also released the shadowy picture of the front fascia, which unsurprisingly has LED lighting showing through a new interpretation of the slotted upper grille.

We don’t know too much about the upcoming GMC Hummer EV, however there are indications it will have a removable top like the Jeep Wrangler. It will ride on the GM BEV modular EV platform with Ultium batteries, but we’re not sure about the batteries’ capacity. Production work will be done at the Detroit-Hamtramck Assembly plant.

No new reveal date has been released yet.