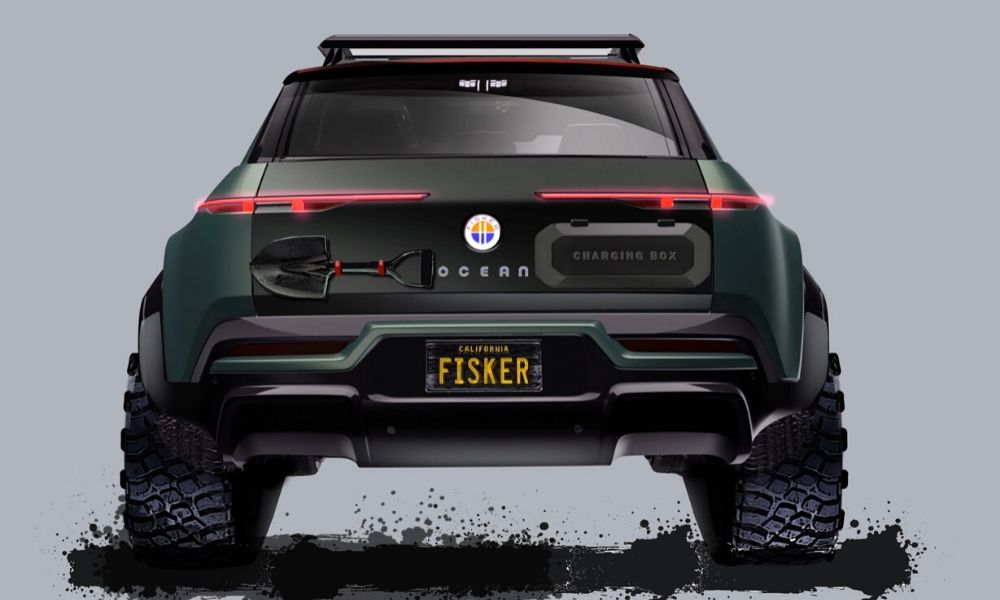 California-based boutique electric car maker Fisker is still a ways off from launching its first crossover, called the Ocean. Still, founder and famous car designer Henrik Fisker is a tinkerer at heart, so he recently revealed a rendering for the Fisker Ocean Rescue Edition via Twitter.

From the design it’s immediately obvious this is an off-road version of the crossover, which might sound like an ironic thing. After all, crossovers aren’t known for their trail skills, but with this EV revolution all kinds of things could be turned upside down.

Anyway, the rendering shows the Fisker Ocean with what looks like mud terrain tires, a recovery shovel attached to the tailgate, and a charging box next to it. There’s been some speculation about what that charging box is all about, with some saying it might be used to power tools. A better guess is since this is a rescue vehicle it can give other EVs a little extra charge in case they ran out of juice.

You’ll notice the presence of a roof rack, but there’s no spare tire. Heading out on the trail with only four tires is lunacy but this vehicle apparently has a fifth one, although you have to guess where it’s stashed. Henrik Fisker said it’s somewhere only an EV would have available and it’s not the frunk.

The Fisker Ocean is due to launch next year, although exactly when remains to be seen. Even if we had a date, the COVID-19 situation would probably have thrown that off anyway.