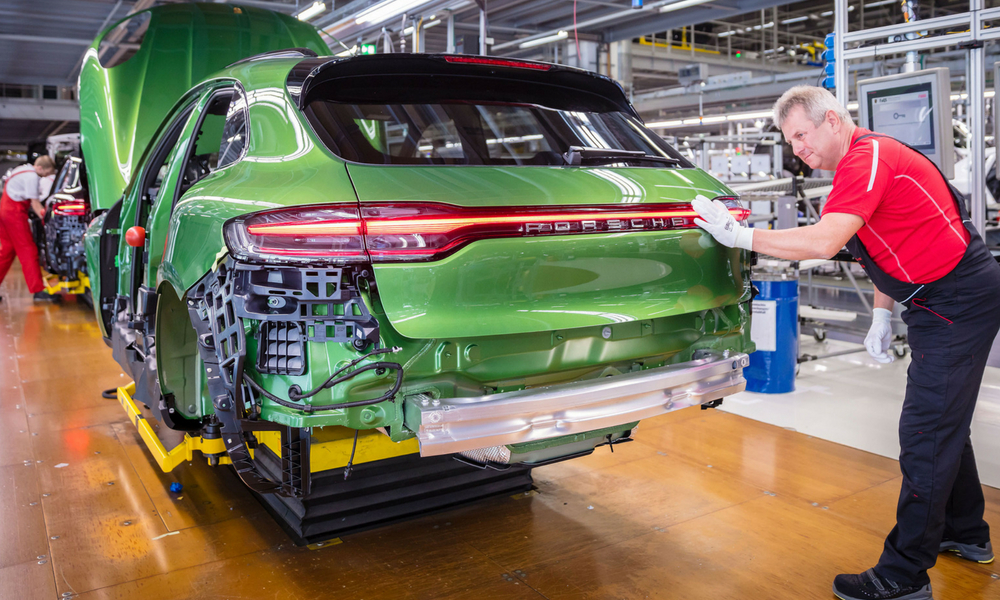 Porsche revealed the second-gen Macan not too long ago, and now production has officially begun. While this is something many purists absolutely hate, the success of the Macan and Cayenne helps fund other projects they love. Besides, you try going to Costco with a 911. It doesn’t really work.

The first new Porsche Macan, which wears a Mamba Green Metallic paint job that looks fantastic on the crossover, is going to a customer in China. Considering that’s the largest auto market in the world, it’s really no surprise.

The official press release also pointed out that China is the brand’s highest-volume market, racking up over 100,000 vehicle deliveries since it was made available to Chinese consumers in 2014. Apparently the Macan is especially popular in China, where space can be a premium in the gigantic cities.

At the end of August production wasn’t surging, but Porsche says by early September it will ramp up to over 420 Macans rolling off the line each day. Of course, that means more Macans sitting in the school pickup line, mall parking lot, and outside The Cheesecake Factory on Saturday Nights.

Continue Reading
You may also like...
Related Topics:Porsche, Porsche Macan