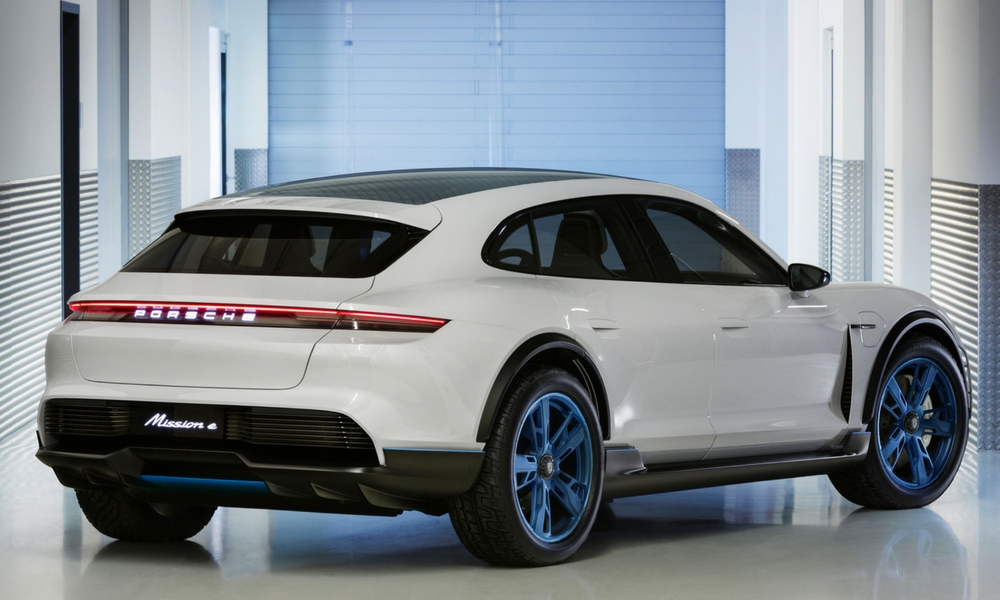 Porsche has been talking about electrification for a while now, and that’s been steadily increasing. Well, talk is cheap, but we’re finally seeing more actual movement. At Geneva, Porsche unveiled the Mission E Cross Turismo, demonstrating how it will push forward into the electric vehicle market.

First off, this is an electric Porsche wagon. How awesome is that? It’s great to know the future is bright, because not everyone wants to drive an SUV. Of course, this a concept vehicle, but let’s hope Porsche builds something like it. The new Panamera comes in wagon form, so why not keep that ball rolling?

Hopefully, we’ll be able to buy this wagon version of the upcoming Mission E not too long after the electric car launches. It certainly would make going all-electric a little more practical.

According to Porsche, this concept can do 0 to 60 in under 3.5 seconds. We all know EVs are quick, especially right off the line, so acceleration like this is becoming the new norm. It also hits 124 mph in under 12 seconds, which for an EV is even more impressive.

For good measure, Porsche even included an air suspension. The driver can raise the wagon’s ride height by up to two inches, presumably for hitting rutted dirt roads.

Overall, this thing looks pretty close to a production model, even though it’s a concept. Hopefully we’ll be seeing something sitting in showrooms before too long.