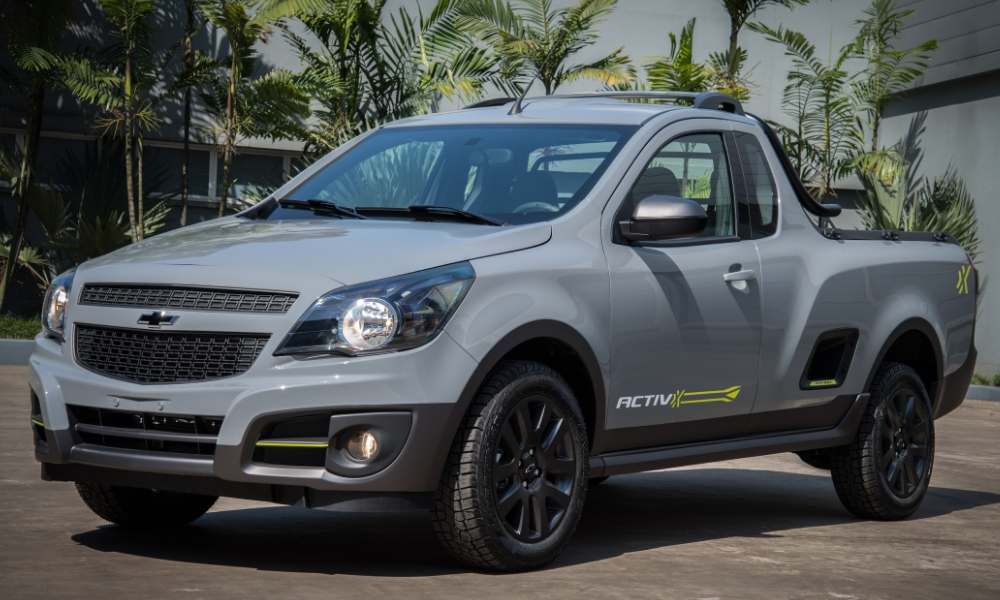 A new unibody pickup truck under the Chevrolet brand could possibly make a debut in the United States. That would follow rumors of a Focus-based pickup from Ford and the upcoming reveal of the production version of the Hyundai Santa Cruz.

If you aren’t aware, the Chevy Montana has been a popular vehicle in Latin America and elsewhere. With a new generation launching for 2020, rumor says it will come to North America for the first time. It would be the closest thing to a successor of the long-celebrated El Camino.

Supposedly, the Montana is gaining a second set of doors for 2020, making it larger and more practical. That shift has caused GM executives to entertain the possibility of offering it in the U.S. and Canada, where people like four-door trucks.

Consumers in North America have shunned cars at an increasing rate, favoring vehicles with greater built-in utility. But, buying a full-size or even a midsize pickup is expensive, not to mention driving one is cumbersome. Honda has seen reasonable success with the Ridgeline, which is also a unibody model. Compact trucks are catching on, after years and years of automakers staying away from them in this market.