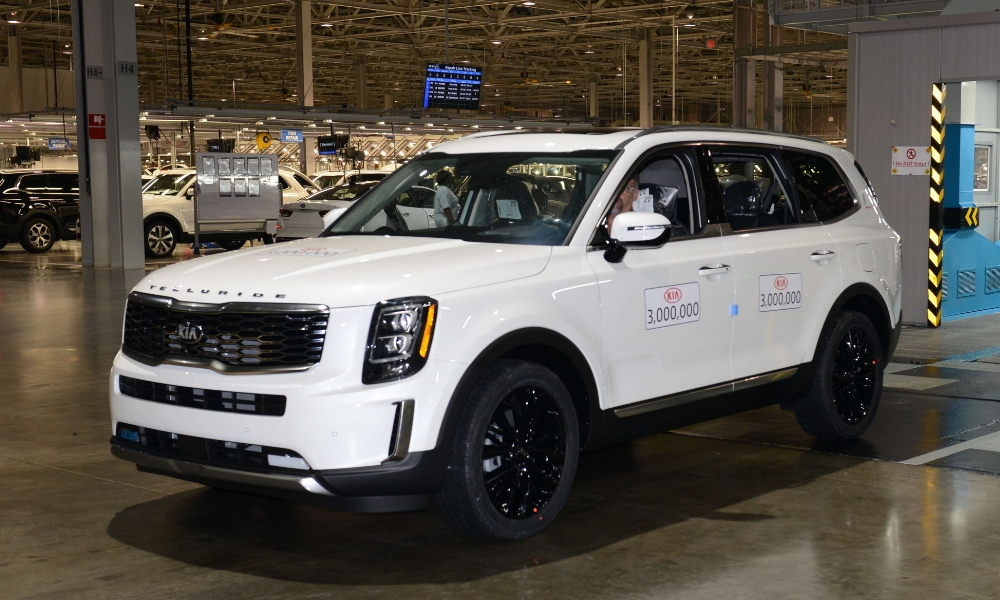 Another Kia manufacturing milestone has been reached as the 3 millionth car to be manufactured on United States soil rolled off the line on Sept. 11 of all days. This shows just how much the Korean automaker has been pouring resource-wise into America, a market where it has seen tremendous success in the past 15 years.

That 3 millionth vehicle was a white 2020 Kia Telluride SX Prestige. The three-row, body-on-frame SUV has been a big sales driver for the brand since it debuted, thanks in part to competitive pricing. It also doesn’t hurt that it’s a true SUV and not a crossover in a market where most competitors use a unibody construction.

All Tellurides are made in West Point, Ga. The facility there started mass production of vehicles back on Nov. 16, 2009. It has since grown to the point where 40 percent of Kias sold in the United States roll off the lines there.

Just 10 years ago, most people would have laughed at anyone predicting Kia would be such a force in the U.S. market, yet here we are.

Continue Reading
You may also like...
Related Topics:Kia, Kia Telluride