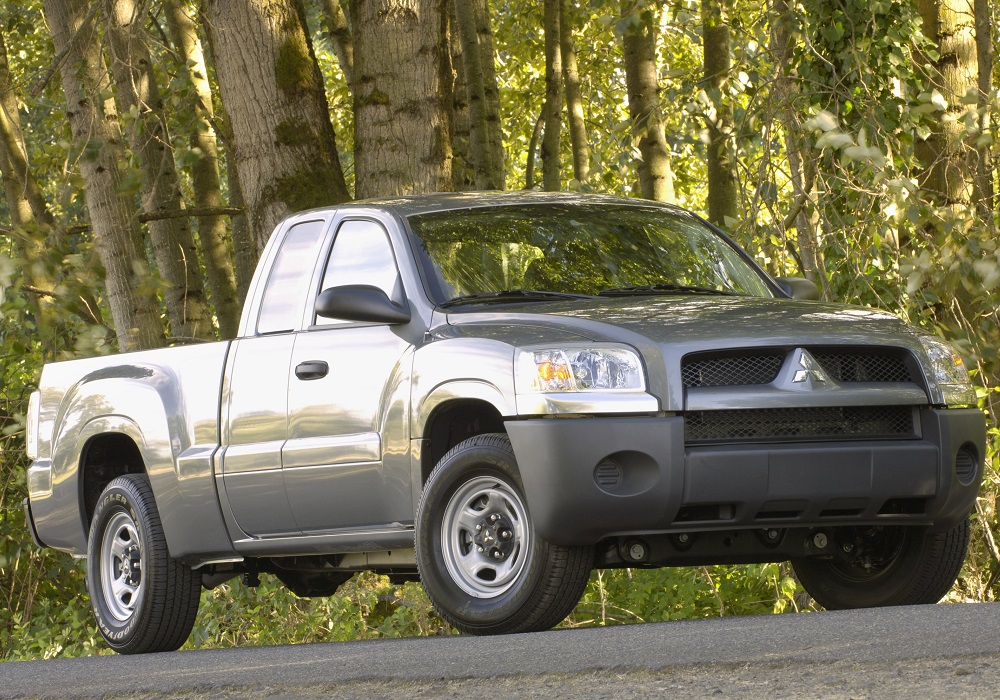 Mitsubishi is in a tough spot and has been for quite some time. But following its buyout by Nissan, things are looking better. Now, a new report indicates the embattled automaker may be looking to expand its U.S. offering by adding a pickup truck and a sedan to the mix.

The last time Mitsubishi offered a pickup truck in the U.S. was in 2009, and that was the Mitsu-fied Dodge Dakota known as the Raider (pictured). Now, according to a report from Automotive News, Mitsubishi is considering tapping into another automaker’s part bins to re-enter the pickup segment. This time around, donor would be the Renault-Nissan Alliance.

If this comes to fruition, this would likely mean the Mitsubishi pickup would ride on the same platform as the Nissan Frontier (AKA the Nisan Navara). Because the Frontier is sorely overdue for a redesign itself, Nissan and Mitsubishi would likely co-develop the pickups, instead of Nissan handling all the work and Mitsubishi just borrowing the platform.

Also on the docket for Mitsubishi is a much-needed new sedan for the U.S. Like the pickup, this would likely be a Renault-Nissan-based model, but with a Mitsubishi touch. Because there is such a wide range of sedans to choose from in the Renault-Nissan Alliance, it’s hard to pinpoint which model Mitsubishi may borrow.

With all this talk of expanding its U.S. lineup comes some chatter of Mitsubishi bringing production back to the U.S. – it closed its last U.S.-based plant in 2015. This would likely involve sharing an existing plant with Nissan, as the chances of Mitsubishi opening a plant for itself in the U.S. seems very unlikely at this point. Both the new pickup and sedan would likely be built in this shared plant.