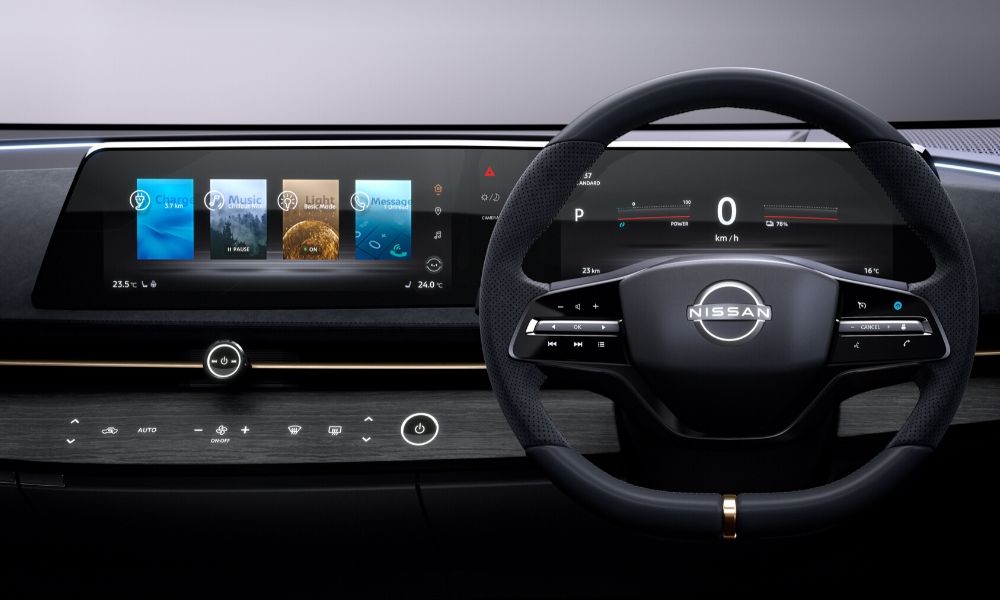 If you’ve been looking at new cars anytime in the past few years, you’ve likely noticed infotainment touchscreens that look like a tablet computer just bolted to the top of the dash. Nissan has an opinion on the look: it sucks. The automaker wants to get the word out that anyone annoyed by this aesthetic should check out its vehicles.

As proudly displayed in the Nissan Ariya Concept, a recently revealed electric crossover, a two-screen display has a much more organic look that makes it feel incorporated into the rest of the interior, not just slapped on after the fact.

The fact the two displays are in a single bezel with no division between them creates a feeling of openness and flow. Nissan says the inspiration for this was a wave. In the end it’s good, clean design many would like to see more of in new vehicles.

Besides just looking nice, Nissan went with this design because of how the human eye operates. We look from side to side while driving, so having a seemingly continuous screen laid out in front of the driver actually facilitates such observations.

Nissan claims the design is safer since it puts the screens in the driver’s line of sight. It’s a different approach than a screen that extends over the dash, partially obscuring your vision.