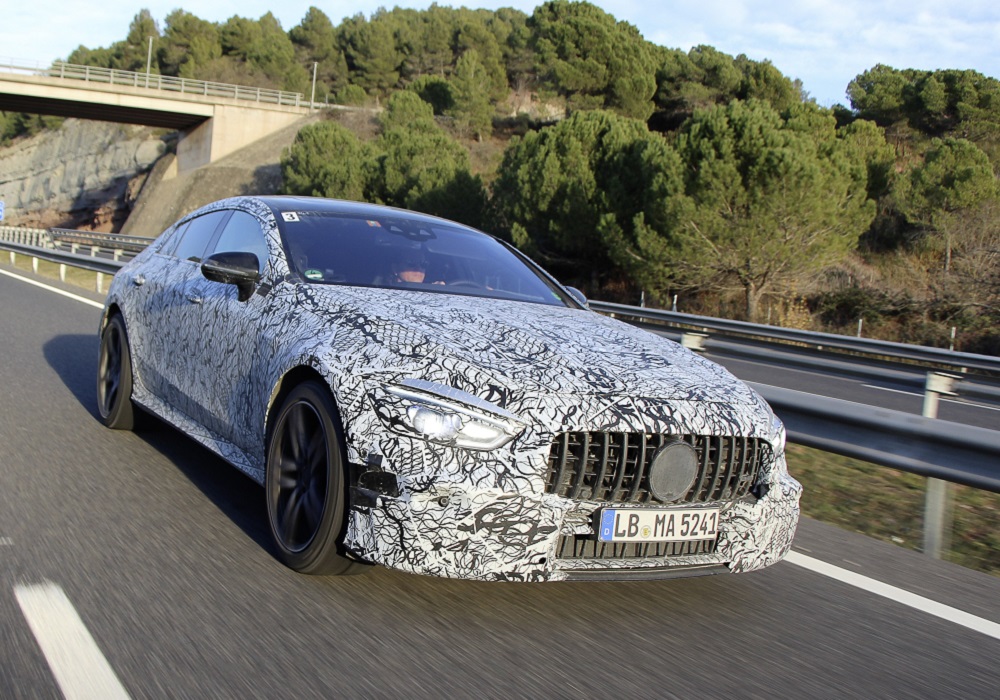 Since the Mercedes-AMG GT debuted in 2016, there have been rumors and reports of a four-door version of this wild sports car. Mercedes played the denial game for a bit, but it finally caved and admitted it was being discussed. Now, the German automaker has finally revealed the first official teaser images of this sleek four-door coupe.

While the four-door GT is under heavy camouflage, it’s hard to disguise it too well. The signature GT styling is crystal clear in the low and wide grille with vertical slats, its hood ridges, its rising character line, and its wide-open lower bumper area. It also boasts a rear end that is very similar to the GT with its sloped trunk lid and thin taillights.

Besides its two extra doors, the Mercedes-AMG GT Coupe sets itself apart from the GT with its longer body, sweeping roofline, and its headlights that are more parallel to the ground. The rest of the details surrounding the Mercedes-AMG GT Four-Door Coupe remain in hiding, for now. But what is almost certain is the fact that it should boast the same powertrain as its two-door sibling. This means it should come standard with a 4.0-liter twin-turbo V-8 with 469 horsepower and 465 pound-feet of torque, while the GT S and GT R models will push this output to 550 horsepower and 502 pound-feet, and 577 horsepower and 516 pound-feet, respectively.

We won’t have to wait long for the official details, as Mercedes will unveil it at the Geneva Auto Show, which kicks off on March 8, 2018.