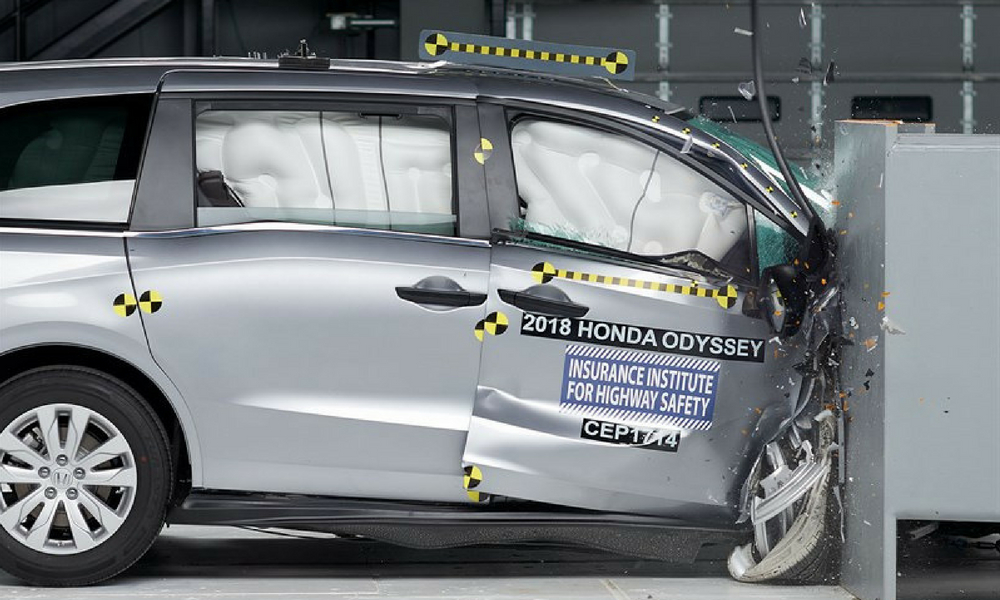 Most people who buy minivans are extremely interested in safety. They’re most likely carrying small children in the vehicle, among other loved ones, so keeping everyone free from harm is a top priority. That makes the latest round of tests, results, and rankings of minivans by the Insurance Institute for Highway Safety so intriguing.

IIHS focused on the notorious small overlap test, but this time for the front passenger side of the minivans. Back in 2012 IIHS started testing the driver’s side for small overlap conditions. The purpose was to simulate what would happen if the front corner of the vehicle hit a pole, tree, or something similar. Those kinds of accidents aren’t uncommon, and automakers weren’t accounting for that.

It wasn’t until last year that the safety organization started testing the passenger side. After all, the driver shouldn’t be the only one covered in a crash.

The good news is IIHS didn’t run into problems with the seatbelts or airbags not working properly, something that’s been an issue with other types of vehicles. The bad news was some “structural issues” meant not all the minivans passed with flying colors.

Three minivans were tested by IIHS. The Honda Odyssey earned top ratings in all but the structure section, where it attained the second-tier acceptable. The Chrysler Pacifica earned acceptable for three categories, good for three others, marginal for the overall score, and poor for structure. Meanwhile, the Toyota Sienna was ranked marginal overall and poor for structure, which isn’t great news for Toyota.