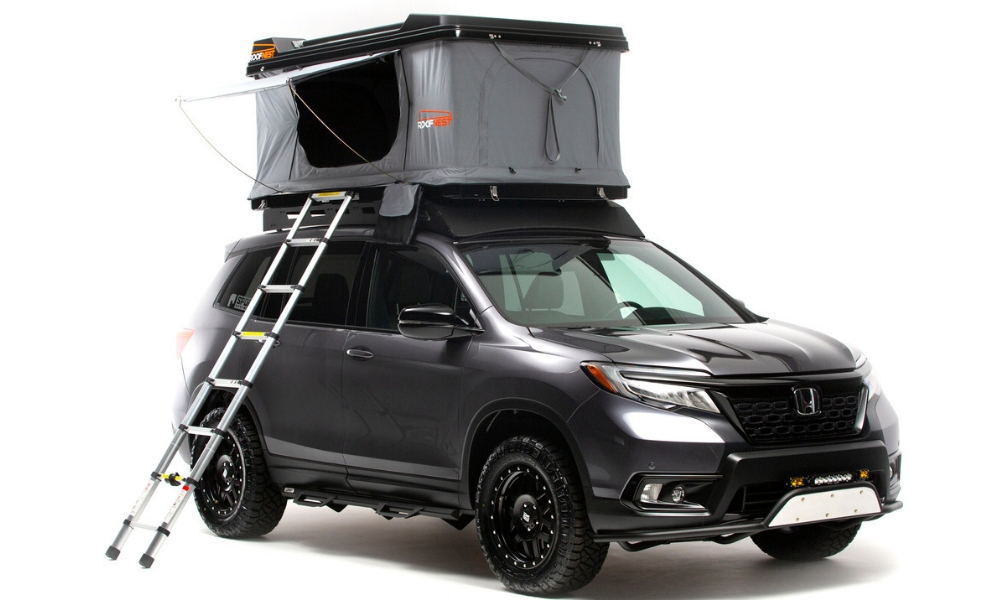 When the Honda Passport recently launched, plenty of people doubted the two-row midsize SUV had what it takes to hit real trails. It’s like Honda heard all the grocery getter jokes, because it has made a special customized version of the Passport, all outfitted for overlanding.

The Honda Passport Adventure Lifestyle Project has torque-vectoring all-wheel drive, not four-wheel drive and locking differentials, so that right there will lose many off-road enthusiasts. However, the SUV was customized with the help of Jsport, although I’d be careful about taking it through too rugged of terrain.

A lift kit adds 1.5 inches of ground clearance up front and 0.75 inches in the rear. Of course, you’ll try going over obstacles with that extra ride height, so there’s a front skid plate to prevent damage, although covering other sensitive undercarriage areas apparently wasn’t addressed.

For additional traction, Honda went with 18-inch Nitto RidgeGrappler tires. It’s a far cry from 33-inch tires often used on off-roaders, but at this point if it isn’t obvious this crossover just looks tough and is really designed for rolling down fire roads at worst, then you might not really care.

Honda also used a JSport Plateau modular roof rack, plus a Roofnest Sandpiper rooftop tent. These are upgrades quite a few Passport owners might want to consider, because they could be useful when camping in the great outdoors.

Continue Reading
You may also like...
Related Topics:Honda, Honda Passport