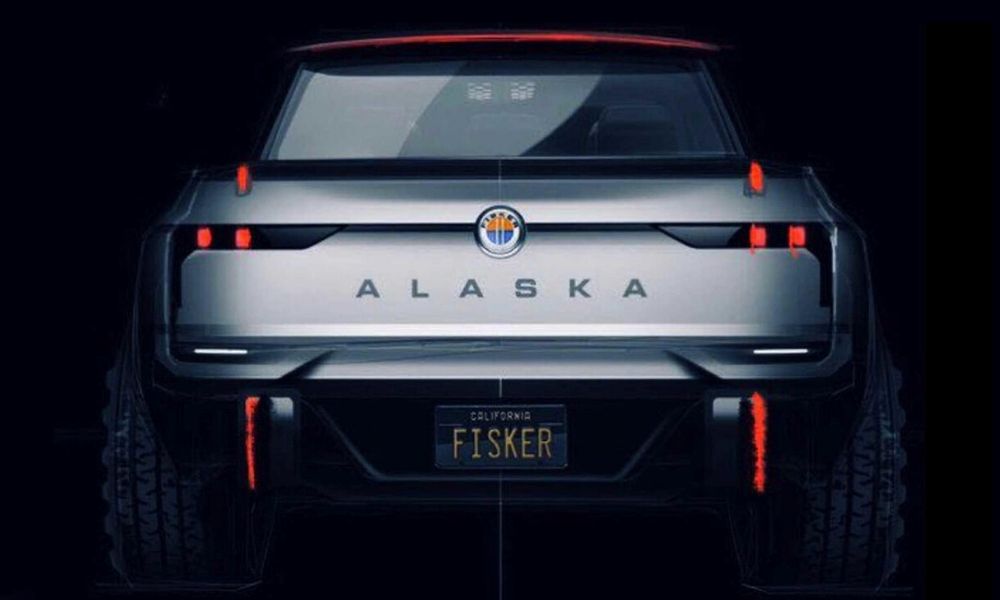 Be careful what you publish on social media because even if you delete it, people can and will save screen captures. Case in point: Henrick Fisker mistakenly posted a picture of the upcoming Fikser electric pickup truck, called the Alaska.

Almost as quickly as he put up the post he deleted it since the company obviously wasn’t ready to make such an announcement, but as you can see we have a picture to give you some idea of what Fisker has up its sleeve.

As is the style with pickups these days, Alaska is displayed in big letters on the tailgate, which also contains a Fisker badge and thin taillights. Interestingly, what appear to be red marker lights sit at the top of the tailgate, while other, longer ones are present in the rear fascia, likely the bumper, but it’s too dark to tell for sure.

A thin red light strip across what appears to be the roofline on the cab makes the third brake light. More interestingly, the tires look pretty big and meaty with tread blocks protruding beyond the sidewall to create jagged lines, almost like this thing is running mud terrain tires. That might mean this is more of a hardcore trail machine than anyone suspected, which would be a surprising departure from the appeal of other Fisker models.

We have no idea when the Fisker Alaska official reveal will happen at this point, but this teaser looks pretty interesting.