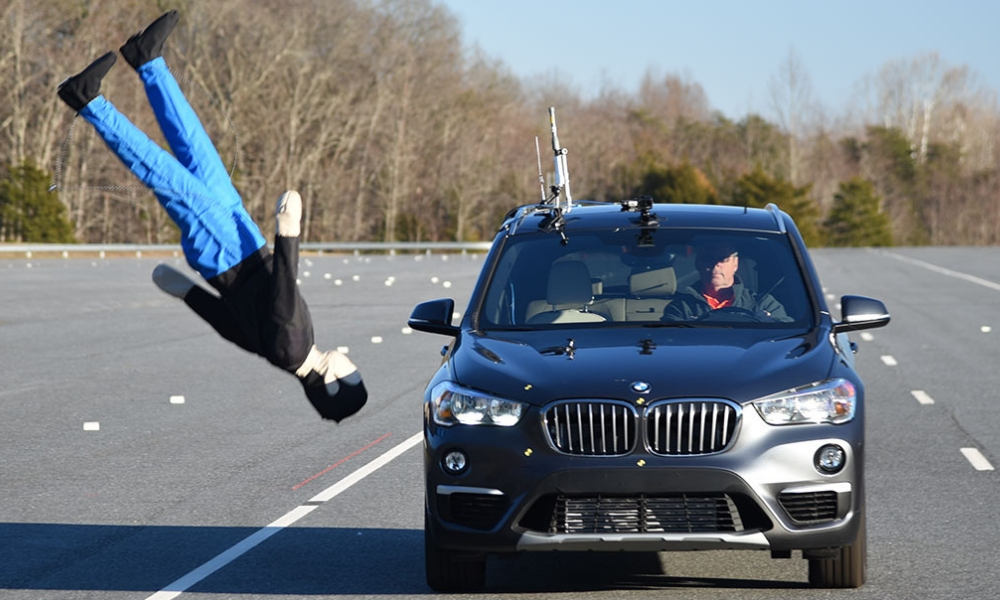 You know all those jokes about jerky BMW drivers? Now you can start making them about the cars. After extensive testing for pedestrian detection on emergency braking systems for 11 small SUVs by the Insurance Institute for Highway Safety, the BMW X1 was the only one that completely bombed out. It’s like BMW programmed the system to behave like an actual BMW driver, who have been scientifically documented to be less likely to stop for pedestrians.

You just can’t make this stuff up.

Three of the SUVs tested earned the highest mark IIHS gives for pedestrian braking performance. Those were the Subaru Forester, Toyota RAV4, and Volvo XC40. Five were ranked as “advanced,” which was the next-highest ranking: the Hyundai Kona, Kia Sportage, Chevrolet Equinox, Mazda CX-5, and Nissan Rogue.

Then there was the Mitsubishi Outlander, which only nabbed the “basic” rating. Hey, at least it beat the Bimmer.

These pedestrian detection systems have been shown to prevent accidents in the real world. They can lower your insurance costs, plus save you from any guilt of accidentally running over Timmy as he darts into the street after a runaway basketball, unless you’re driving a BMW X1, apparently.