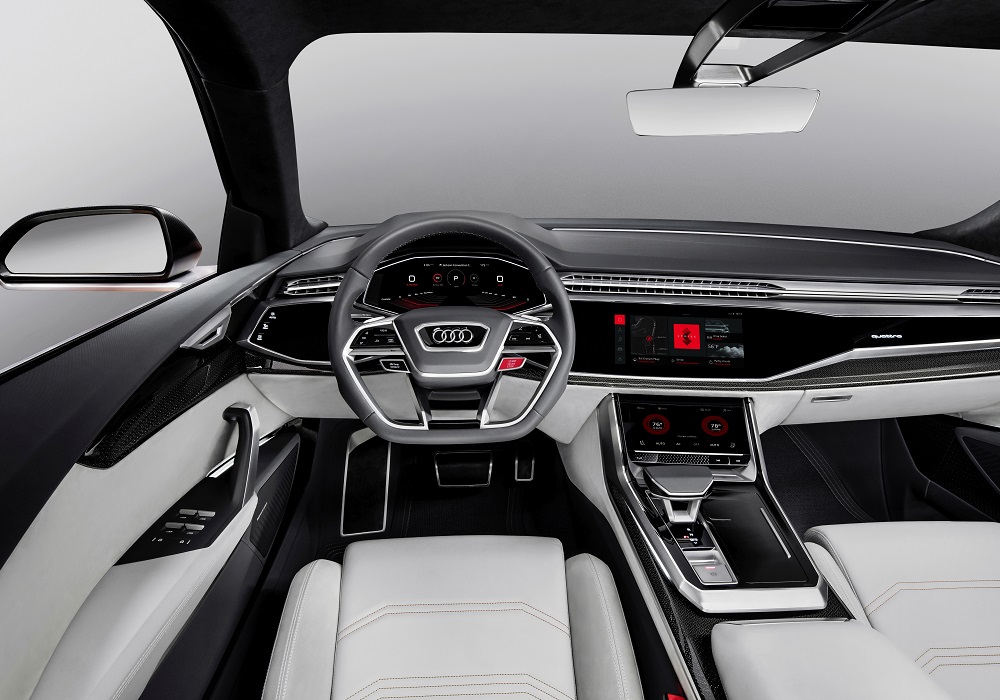 Allow me to go on record saying that every car needs Android Auto. I have gotten a taste of it in a handful of press cars I’ve received, and I love it! This appears to be just the tip of the iceberg for Google’s integration with the automotive world, as Audi recently showed off its plans for future use of this interface.

Audi showed this system on the Q8 Sport Concept at the Google I/O developer conference, and it received a few ohhs and ahhs. This system will remain mostly rooted in the main display in the center of the dash, but it’ll also makes its way to the Audi Virtual Cockpit screen, putting it right in the view of the driver. If there was one complaint I had about Android Auto, it was the fact that I had to glance at the center screen, but it looks like Google and Audi are already all over this issue.

On top of moving into the driver’s field of vision, this updated system also gains a few new functions. These include Spotify, Google Play Music, and Google Assistant all right on the touch display on the dash.

As for navigation, drivers will actually have a choice. They can go with the typical Audi HERE navigation system or switch to the Google Maps interface. As much as I like Audi’s navi, I think I would stick with the more reliable and up-to-date Google Maps system.

Finally, the new Android Auto system in the Q8 Sport Concept boasts a message center for incoming tests and calls.

There is no mention of when or if this system will be ready for consumption. Stay tuned for updates.

Continue Reading
You may also like...
Related Topics:Audi, automotive technology