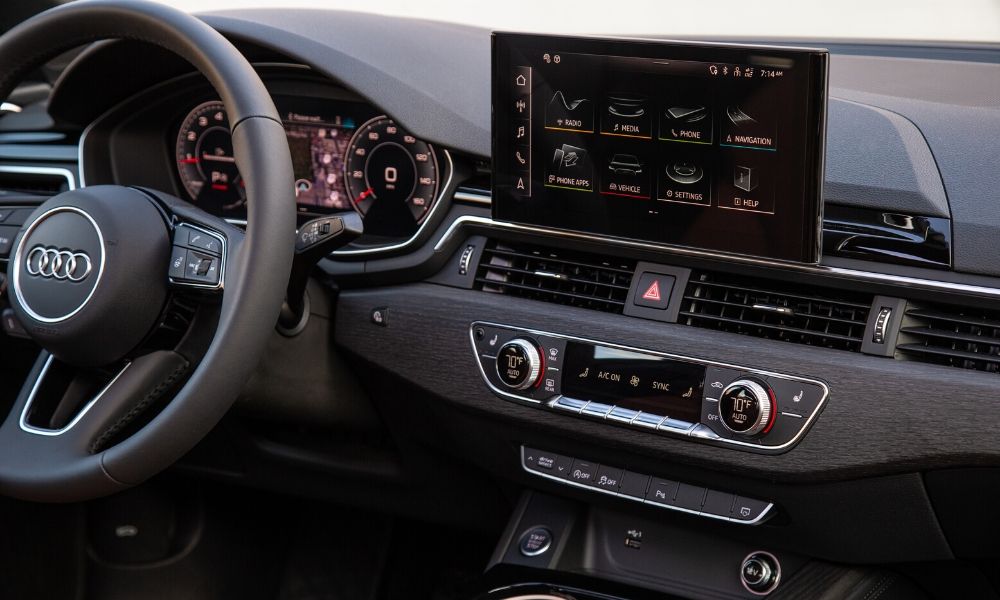 Audi has been in full-swing revealing its 2021 model lineup, at least in part. Now it’s disclosing some pretty impressive details about the new MMI infotainment technologies being deployed in the cars. Considering a good chunk of car shoppers consider the infotainment center to be a key selling point in vehicles, this could give Audi an edge against the competition.

First off, the MMI system has a new chipset which is up to 10 times faster than previous Audi infotainment systems. There’s nothing worse than tapping on a screen and then having to wait for a response, so that’s huge.

New features are coming with the MIB 3 or Modular Infotainment Toolkit. Among them is SiriusXM satellite radio with 360L, which adds more options like on-demand streaming.

Shoppers who opt for an Audi A4 or A5 with the new MIB 3 hardware get even more flexibility. Even if they don’t buy in-vehicle navigation up front, they can purchase and add it later. That’s a trick more automakers should consider.

Another big leap forward is the new Audi Connect Generation 3 service. It launches with basic unlimited WiFi included for Audi Connect Prime subscriptions. That means connectivity for up to 8 devices at once through the vehicle, something which is particularly handy in something like the Audi Q7.

Other additions are being included in select models, like Amazon Alexa and the Integrated Toll Module.