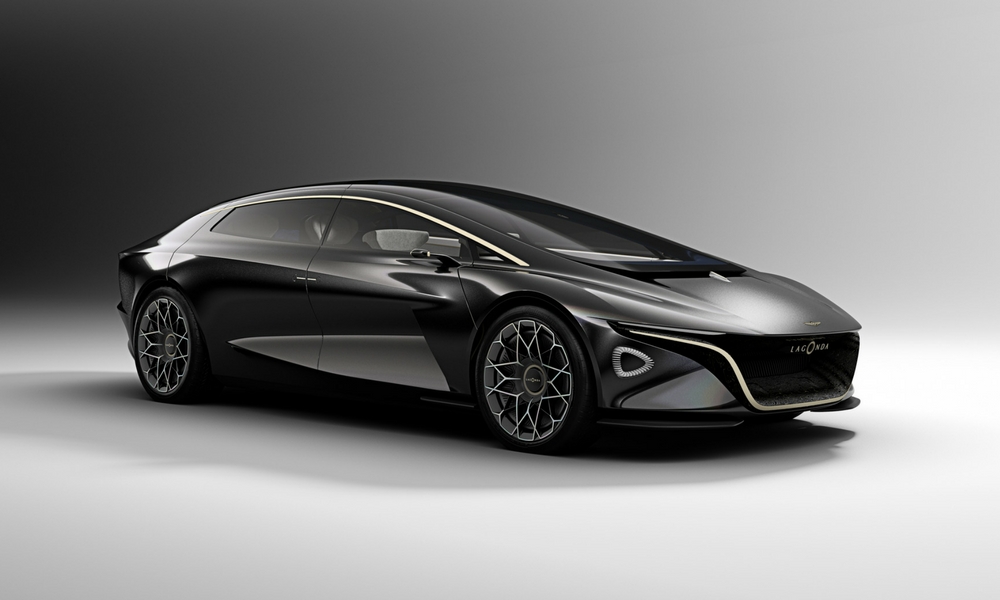 If you were wondering what Aston Martin plans to do about the electrification trend that’s sweeping the industry, wonder no more. The Brits are launching a separate brand called Lagonda, and it’s all about an electric future. To showcase what it has in store, the Lagonda Vision Concept broke cover in Geneva.

This concept marks the coming of a whole line of EVs under the Lagonda name. As you can see, it’s a four-seater and features plenty of interior space, because no engine up front means more legroom. It also features four doors, with the rear doors swinging up and outward when opened.

Really, there’s no hint of Aston Martin styling or flair about this concept. It’s like the design team tried excessively hard to ensure nobody would think this is just a four-door, all-electric Aston Martin. Instead, you get the message loud and clear: this is a separate brand.

Being a concept, some of the design is pretty out there. That’s especially true of the interior, where the driver uses a steering wheel that looks like it should belong with an Xbox One and everyone is surrounding by crazy geometrical shapes pointing all over the place.