Connect with us
(Credit: Fiat) 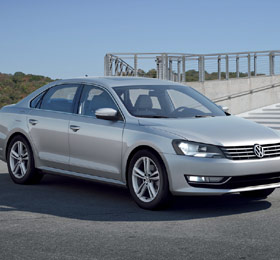 Volkswagen has consistently made vehicles that land at the top of safety lists, which is why it shouldn’t be a surprise that the IIHS chose the 2013 Passat as a Top Safety Pick. Part of the genius of the Passat’s safety is what VW calls the Intelligent Crash Response system that unlocks the doors, cuts off the fuel supply to the engine, and turns on the car’s flashers to warn other drivers. The Passat scored perfectly in crash tests both with the IIHS and NHTSA, making it a solid pick for safety. Other miscellaneous safety features include a “crash optimized” front-end and tire pressure monitoring system.