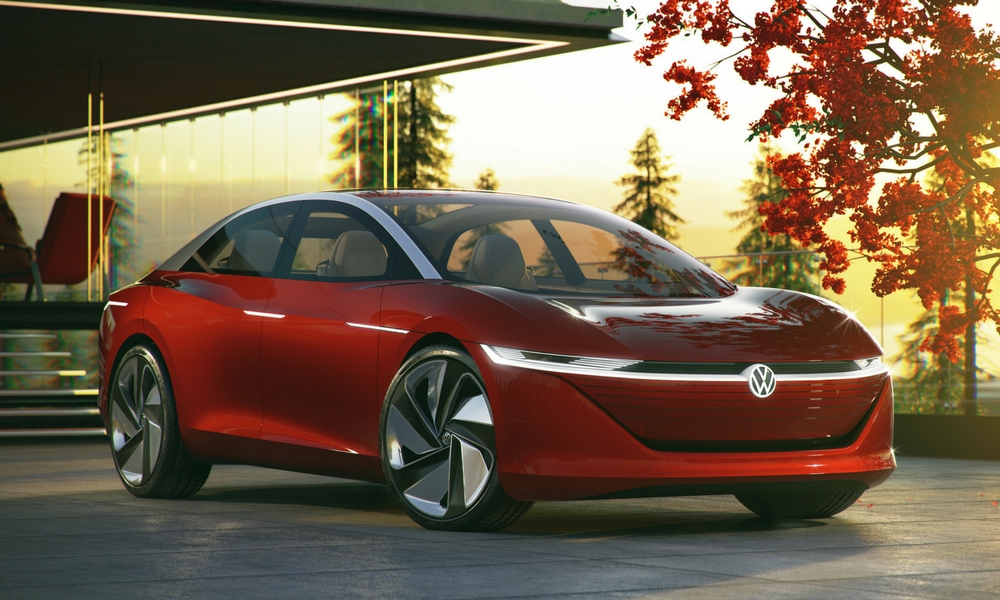 In case you haven’t heard, Volkswagen is a changed automaker. It’s all-in on the electric thing, and the latest evidence it’s presenting is the I.D. Vizzion concept. What it demonstrates is how VW thinks it will make future sedans.

Of course, this is an electric vehicle, because VW must make up for that whole polluting the air with toxic gases thing. The all-electric powertrain belts out 302 horsepower, which is nice. Even more impressive is the humongous battery that makes what Tesla’s doing look a little small, at least for now. The 111 kWh battery supposedly will allow this car to score 413 miles on the European cycle for range, besting every current production EV out there.

Tech is very much at the forefront of this concept. The car uses biometrics to unlock the doors, and then personalizes settings based on who’s driving. That means no having to endure the awful radio station your significant other left blaring from the day before when you first fire up the car. VW says it’s pushing for Level 5 autonomous capability, which means humans don’t need to do anything.

A production version of the I.D. Vizzion, whatever it will be called (hopefully something better), is coming no later than 2022. For now, this car is a piece of fiction.