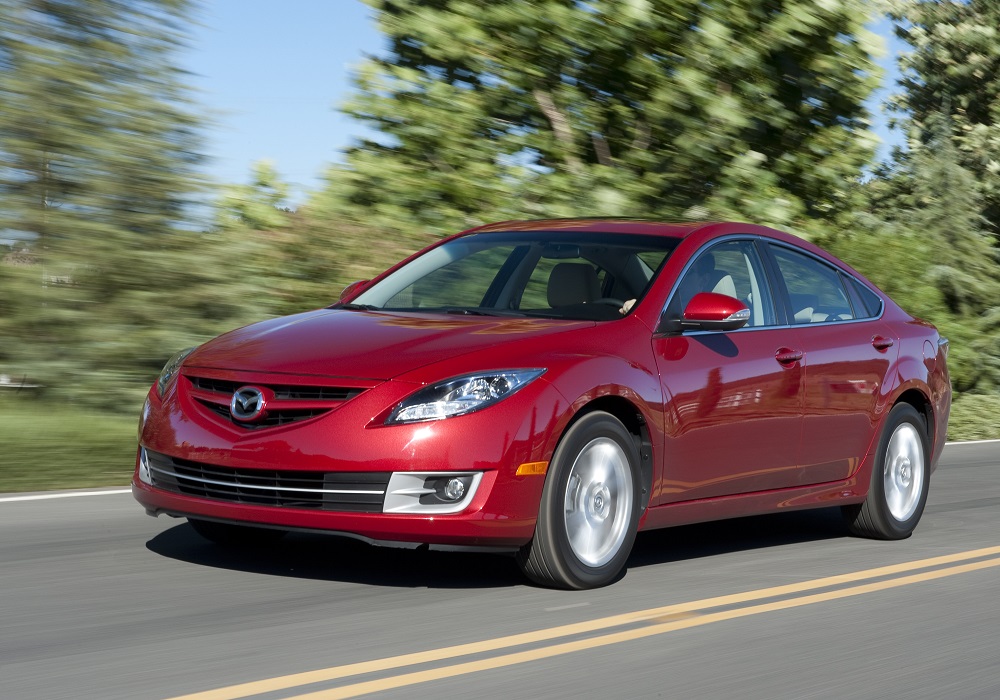 While we all want the new, shiny car to bring home, not everyone can pull off that new-car payment. Used cars, though, can provide reliable transportation for many years, but you will have to wear your own butt imprint into the driver’s seat over the next few years.

Because the used car market can be so overwhelming, we scanned what is available out there today for under $10,000. We found eight quality cars that are less than 6 years old that will fit nicely into that budget and deliver years of reliable transportation.

The price ranges you’ll see below are based on the Kelly Blue Book value of each vehicle’s base trim in “good” condition. We added no options. We then combined these prices with data from Consumer Reports on reliability, quality, and features.

Continue reading to see the eight models we believe are the best used cars for under $10,000. Coming in just inside our 6-year-old range is likely the most predictable of cars to make it on this list: the Toyota Camry. We had to dip all the way back to 2012 to find one that fell into our range, and you still may need to do some searching to keep it under the $10,000 mark.

The search is well worth it, though, with its incredible reliability ratings, great fuel economy, and highly rated interior. Hunting for a good, cheap car? The Toyota Corolla must be one of the top options on your list. We had to go back a bit to 2013 to hit a sweet spot where it would be relatively simple to find the Corolla under $10,000. Trust us when we say you will not be disappointed in this rig.

Not only is it one of the most reliable cars ever built — seriously, it’s virtually bulletproof — but its safety ratings are surprisingly high, it’s relatively quick, and it’s impressively comfortable for its class. As one of the long-time best sellers in its class, it shouldn’t be a surprise to see the Honda Civic on this list. To find one under $10,000, you’ll have to go way back to 2012, and even then you may have to search a bit to find one that suits your budget.

You’ll be rewarded in your search by a sedan with great fuel economy, decent performance, a roomy interior, and some of the highest reliability ratings on the planet. While its spaceship-like design wasn’t well received by consumers and its overall customer satisfaction dropped a bit, the 2012 Civic remains a great sub-$10,000 option on the used market.

It has great safety ratings, handles well, delivers a respectable ride, and has a roomy cabin. On top of all this, regardless of how well its looks were received, the 2012 Civic is still, well… a Civic, so its reliability ratings are through the roof. Its fuel economy numbers are top notch too. While those who bought the 2013 Elantra new were not overly impressed by it, which is evidenced by its rock-bottom customer satisfaction ratings, this sedan is still a good pick for a sub-$10,000 used whip.

Its looks are still surprisingly relevant, despite it just recently receiving a complete redesign. What’s more, its fuel economy is great, its cabin is roomy enough, its safety ratings are high, and the placement of its interior controls make perfect sense. On top of all this, the Elantra is super popular in the used car market, so finding the right one in your price will be simple. Despite being closely related to the Hyundai Elantra, the Kia Forte lacks some of its cousin’s issues. Most notably, its customer satisfaction ratings are significantly higher. We’re not sure if this is because the Forte is just a better car than the Elantra or if it’s more a Kia versus Hyundai thing — most likely the latter.

Otherwise, the Forte is pretty much identical to the Elantra in its pros as a sub-$10,000 used car. Its cabin is decently sized, its controls are well placed, its handling is good for its class, its looks are still attractive, and it’s relatively comfortable for its class. Mazda has come a long way from being the cheaper and more hip Japanese option to being a legit contender. And the 2012 Mazda3 is a stout competitor in the sub-$10,000 used car market. Not only are its reliability ratings on par with the Hondas and Toyotas of the world, but it’s zoom-zoom personality adds a touch of sportiness none of its rivals can duplicate.

On top of this, the Mazda3’s interior has decent room, its cabin is quiet, its ride is smooth, and its safety ratings are good for its age. Oddly enough, the larger and more feature-packed Mazda6 actually has a lower average price than the Mazda3, according to Kelly Blue Book. I guess this is supply and demand in real life, as the 3 is obviously the more popular car of the two.

That said, the 2013 Mazda6 still has a lot to offer the sub-$10,000 used car buyer. It’s looks are still relatively modern, its interior is well laid out, its reliability ratings are as high as possible, its handling is decent, and its interior comfort is rated pretty highly for its class. Where is falters a bit is customer satisfaction, which is likely yet another reason Kelly Blue Book marks it slightly lower than its smaller sibling.